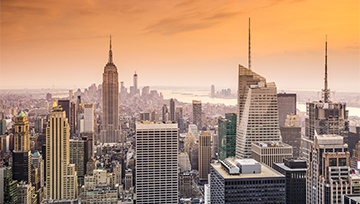 EUR/USD, GBP/USD Bounce from Chart Support Ahead of FOMC

- Today marks the start of the two-day meeting at the Federal Reserve in which the bank will decide upon the September interest rate decision. A 25 basis point hike here is almost a foregone conclusion, and this appears to be already baked into current prices. The bigger question is how confident the Fed will appear to be towards a December rate hike and how hawkish they may be as we turn the page into 2019.

- Both EUR/USD and GBP/USD continue to exhibit varying forms of strength as the US Dollar remains weak. Meanwhile, Yen weakness remains even more prominent than USD-weakness, and this keeps the door open for bullish strategies in pairs like EUR/JPY and GBP/JPY.

Today marks the start of the two-day meeting in Washington DC in which the Federal Reserve will decide upon the September interest rate decision at the bank. It doesn’t even really appear as though there are many decisions to be made here, as markets have carried an expectation for a 25 basis point rate hike for some time. What is perhaps up to greater debate, however, is December and whether or not the Fed can get in a fourth rate hike in 2018. But – there is time for that decision, and the big question as we go into tomorrow is how strongly the Fed may signal future interest rate hikes, how close we are to the neutral rate, and whether-or-not the bank is confident enough in the current economic backdrop to continue their pace of gradual tightening into 2019.

Tomorrow will bring a dot plot matrix as part of an updated set of projections and this, combined with what Mr. Jerome Powell says during the accompanying press conference, will likely be the key drivers around the US Dollar for tomorrow’s meeting.

The US Dollar continues to struggle as FOMC kicks off; and with just a few days left until the end of the quarter, it looks like this three-month-period will finish with a loss for the Greenback as we opened the quarter at 94.63. This comes after an aggressive rally in April and May, with bullish enthusiasm holding for the first-half of Q3. But, at the quarter’s mid-point on August 15th, the music suddenly stopped, bears took over – and have largely been in-control ever since.

US Dollar Eight-Hour Price Chart: A Tale of Two Trends in the US Dollar, Music Stopped on August 15th

At this stage, the big question is what the Fed might be able to do to change this tune, if they even want to at all. As we’ve been following throughout Q3, the pushes in the US Dollar have appeared to emanate from the Euro and the EUR/USD pair, as the big breakdowns in April and May in the single currency mirror the bullish breakout in USD. This also syncs well with early-August price action, when the Euro was breaking down on fears of contagion from Turkey; and the US Dollar caught a solid topside run to set a fresh yearly high. And then as markets stepped back from the ledge, so did the US Dollar, and the currency has continued to fall for much of the period since.

We’ve even seen a hastening of the down-trend so far in September, as we look to wind down Q3. Below, we’re looking at two bearish trend-lines; one connecting swing-highs from August to early-September, the other coming into play a little over two weeks ago while guiding the trend-lower at a more aggressive clip.

On a shorter-term basis, we’ve been following this move over the past week after the Dollar put in a down-side break of a descending triangle pattern. We looked into lower-high resistance on Friday for bearish continuation strategies, and that area came into play yesterday to hold the highs in USD, DXY. That same zone has come into play again this morning, helping to stem the support bounce from last week’s lows; and this keeps the Dollar in a bearish position as we near tomorrow’s rate announcement.

Going along with this continuation of weakness in the US Dollar, we have a continuation of strength in EUR/USD after last week’s bullish breakout. That bullish breakout took place through a key zone of resistance that runs from 1.1709-1.1750, and we’ve been following this area as a ‘decision point’ in the EUR/USD market for a good chunk of August and most of September. Now that prices have broken above this zone, we began to look for topside positions as part of our FX Setups of the Week of September 24, and that setup filled in fairly quickly after a support check ahead of today’s European open. We’re currently seeing a bit of short-term resistance at the prior July swing high, taking place around 1.1791.

We looked into GBP/USD yesterday, and this has become a pensive situation over the past month as headlines around Brexit have swung the currency in either direction. Last week, we looked for higher-low support in a zone that runs from 1.3034-1.3065. That zone helped to mark the Friday low, and that low held into this week’s open before bulls were able to pose a bounce. When we looked into the matter yesterday, price action was trying to hold support at a key Fibonacci level around 1.3117; but as we shared, this appeared to carry trap-like qualities and it may not have been the best jumping off point for buyers.

The point of support that appeared to finally catch comes from a swing-low on Wednesday of last week just below the 1.3100 handle. Prices have bounced-up to challenge yesterday’s high, but buyers would likely want to remain cautious here given the vulnerability of the matter to headlines; instead waiting for a more confirmed area of support to come into play.

Perhaps one of the more interesting items of the past few weeks has been a reemergence of Yen weakness. This is something we’ve been looking for in 2018 as the door has appeared open for the Bank of Japan to remain as one of the most loose and passive Central Banks amongst developed economies. The ECB begins tapering bond purchases next month, and the Bank of England has already hiked rates twice in the past year. Meanwhile the Federal Reserve is approaching the neutral rate, and the Bank of Japan remains pedal-to-the-floor with QE while inflation remains below one-percent.

This theme of Yen weakness has been beset by risk aversion in 2018, so we’ve run into a pattern in which Yen weakness remains prominent in times of ‘risk on’ while Yen strength becomes a workable variable during times of ‘risk-off.’

More recently, bullish breakouts have shown vividly in both US and Japanese stocks, and Yen-weakness has priced-through along with those themes. USD/JPY has enjoyed a very consistent three-week run as buyers remain firmly in control of the pair.

As we’ve been discussing, that Yen weakness may be best approached elsewhere, as the US Dollar appears to be going through its own themes at the moment. This prospect of continued Yen weakness could make the bullish backdrop a bit more attractive than what can be seen in EUR/USD or GBP/USD, and for the past week-and-a-half we’ve been following EUR/JPY. This was part of our FX Setups from last week, looking for higher-low support in the zone from 130-130.35, and after that filled-in fairly quickly, we began to look for additional topside entries in this week’s report.

USD/CHF Snaps Back to Trend-Line Resistance

On the side of USD-weakness, we’ve been following USD/CHF for much of September, looking to trade a continuation of lower-high resistance down to fresh lows. We looked for resistance around .9750 earlier in September, followed by another iteration at .9685-.9716 last week. This week, we looked at a third area for possible lower high resistance at a deeper zone, and that has started to come into play this morning. This could keep the door open for bearish continuation strategies in the US Dollar, using one of the currencies that’s had a tendency to show strength over the past month while the US Dollar has been very weak.