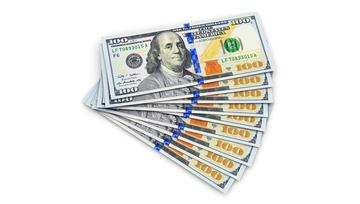 - This morning saw the release of June Non-Farm Payrolls, and while the headline number of +222k jobs added to American payrolls was a healthy beat of expectations, the details inside of the report were lackluster as wage growth was weak and the unemployment rate increased to 4.4%.

- The U.S. Dollar saw whipsaw around this morning’s print, initially posing an impulsive move in the direction of the predominant trend (lower), after which buyers used the dip to add long exposure.

It was another big week for global markets as we opened Q3 as the global bound rout continued. With growth numbers in Europe remaining relatively strong, markets are continuing to try to front-run an inevitable stimulus exit from the European Central Bank; and this continued to show throughout the week as the Euro continued to strengthen.

Non-Farm Payrolls was released this morning with a hearty beat above the expectation of +178k. The print came-in at +222k, but we also saw the unemployment rate rise to 4.4% from a prior 4.3%. Perhaps more disconcerting, wage growth remains weak, and given that inflation has been a major push point for the Fed, this lag in wage growth continues to highlight the soft data that’s been seen in the United States of recent, even with this morning’s headline beat.

The reaction across FX markets was far more interesting than the data itself as many of the markets that we’ve been following around the theme of the ‘global bond rout’ gained a bit of additional confirmation, which we will discuss below. But before we get there, we wanted to highlight the fact that next week brings an extended outlay of Janet Yellen comments on Wednesday and Thursday when the Fed Chair testifies in front of Congress as part of the Fed’s twice-annual Humphrey Hawkins testimony. This event may not be the burgeoning driver of risk trends that many are looking for, but given that the topic of balance sheet reduction appears to be a hot button, we will likely see Chair Yellen grilled on the topic next week. This can certainly illicit some volatility across global markets, and we only need to look back to 15 months ago when Chair Yellen helped to produce a jaw-dropping reversal in Equities and Oil prices during her Humphrey Hawkins testimony in February of 2016.

So – the U.S. Dollar will likely remain volatile next week. We will probably see some degree of positioning as we near the first part of that testimony on Wednesday at 10AM. As it stands now, the U.S. Dollar is incredibly weak as prices remain near the bottom of the bearish channel that’s defined price action in the Greenback so far in 2017.

The reaction in the Greenback this morning was very interesting, as the initial move was impulsive in the direction of the predominant trend as the Dollar sold-off after NFP beat expectations. But buyers re-entered shortly after, producing an element of support around a key longer-term Fibonacci level at 95.86. This is a fairly clear example of buyers using that NFP-fueled dip to add long exposure in key markets, such as USD/JPY. On the chart below, we’re looking at the whipsaw in USD around this morning’s NFP release.

As we’ve been discussing, one of the most attractive venues for USD-strength has been against the Japanese Yen. As the U.S. Dollar took a dip on the initial release around Non-Farm Payrolls this morning, price action found support around an area of prior swing resistance in the ¥113.50 vicinity, after which buyers took over to drive USD/JPY to fresh highs.

USD/JPY One-Hour Chart, Support Shows (in red) at Prior Swing Resistance (in blue)

As we walk into a week in which the U.S. Dollar will likely remain volatile, USD/JPY will probably remain as one of the more attractive areas to look for USD strength to continue.

While Dollar strength has begun to show, we’ve finally seen some element of dip in the aggressively bullish topside move in EUR/USD. EUR/USD broke above a bull flag formation earlier this week, and price action was off to the races without much of a pullback for traders to use for re-entry purposes. Given that this morning produced a quick run of USD-strength, this can open the door for potential higher-low support to show-up in the effort of bullish trend continuation.

We looked at such an area yesterday at 1.1368 which, as of yet, hasn’t been tested for support after prices broke-out to the upside. But, if support can’t hold here, there are two levels below that can also be usable for such a purpose. These levels can be found at the 38.2 and 50% Fibonacci retracements of the most recent major move, and below, we highlight those levels that can be incorporate in the effort of longer-term bullish trend resumption in EUR/USD.