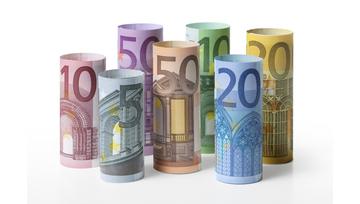 - EUR/USD has run-up to a fresh yearly high after yesterday’s comments from Mario Draghi brought considerable volatility to global markets.

- In an attempt at clarification this morning, ECB sources have said that markets ‘misjudged’ Draghi’s speech, as it was intended to be balanced in nature rather than forewarning of stimulus exit, as markets have apparently inferred. This brought a quick-dip in the Euro, but even that was bought as bulls used the move as another buying opportunity.

Yesterday saw fireworks in the Euro as markets inferred a hawkish tone from ECB President Mario Draghi’s comments earlier in the morning. We looked at the Euro testing a key zone of resistance around 1.1280 yesterday, but bulls remained active and drove prices in EUR/USD up to a fresh yearly high. Mr. Draghi’s comments were seemingly innocuous: He said that the bank may change the policy parameters of its QE program – not to tighten but to keep it broadly unchanged. This sounds like some slight tweaks or adjustments rather than rate hikes or stimulus exit; but as we’ve seen in the recent past, Mr. Draghi’s dovish comments are being inferred in a rather hawkish light, much as we saw at ECB meetings in April and again in June.

While the bank is making a concerted effort to allay concerns around taper or stimulus exit, markets don’t appear to be buying those dovish pleas. After the past two ECB meetings saw Mr. Draghi take a dovish tone, EUR/USD merely moved down to prior support, at which bulls remained active before the next leg of Dollar-weakness could drive the pair-higher.

In an interesting twist this morning, ECB sources have offered comments implying that markets misjudged Mr. Draghi’s speech as yesterday was intended to be ‘balanced’, rather than the hawkish interpretation that drove fresh yearly highs in EUR/USD. This brought a quick bout of weakness into the Euro, but again, bulls remained active and jumped-in around a key area. This time, it was around the prior-high of 1.1295.

While there appears to be considerable near-term noise around this theme, the longer-term trend is rather clear, especially if taken with consideration of the ECB’s recent stance. It’s logical that the ECB would want to avoid losing control of yields by creating a ‘taper-tantrum’ like scenario, and this is a very obvious reason as to why Mr. Draghi would want to continue with a rather dovish tonality. But with markets seemingly fading that dovish posture as European data continues to improve and as inflation continues to show, are we nearing a point of capitulation at the ECB in which the bank decides that they do need to look at some element of policy tightening?

The trend on the daily chart of EUR/USD is shown below. We have a concerted bullish move that’s driven EUR/USD higher for much of 2017. Price action just posed a top-side break after yesterday’s aggressively bullish run, and at this point, the trend is a bit overbought given the bullish breech of the channel.

This opens the door to two potential techniques for trading the EUR/USD move-higher. Top-side breakouts can be utilized with entry orders placed above yesterday’s swing-high; or, traders can look to inside price action, waiting for support in the effort of catching the ‘higher-low’ in the continuation move.

IG Client sentiment remains elevated in EUR/USD at -3.46-to-1, and this is bullish for the pair given retail sentiment’s contrarian nature.

Earlier this morning we looked at the bullish reversal in GBP/USD after yesterday’s Dollar run. The pair moved-up to set fresh post-Election highs yesterday, and after Mark Carney offered comments this morning that the Bank of England may need to remove stimulus, bulls have taken control to push the pair-higher.

With prices currently in the process of breaking out, traders should utilize caution here. On the chart below, we look at areas that can be utilized in the effort of catching support for a bullish continuation thesis in GBP/USD.