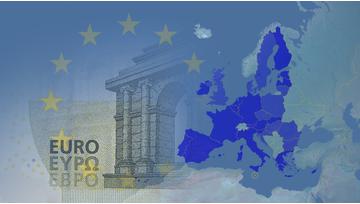 - GBP/USD has also caught a bid, albeit more tame than what’s being seen in the Euro, after Mark Carney offered comments around the bank’s Financial Stability Report earlier this morning.

In yesterday’s article, we looked at a rather busy week to close out June and the second quarter of this year. This week is loaded with U.S. data and a series of Central Banker speeches loomed ominously on the calendar, and as those speeches got underway this morning, volatility has already begun to show in some key areas of the FX market.

In what has become somewhat of an ongoing saga across global markets, Mario Draghi issued comments this morning that were seemingly dovish, yet they have apparently been interpreted in a hawkish light. This is very similar to ECB meetings in April and earlier in June, both cases in which Mr. Draghi attempted to allay concerns about the bank winding down its massive stimulus program that markets seemingly ignored as bids remained strong in the Euro.

In this morning’s speech, Mr. Draghi wasn’t quite as dovish as he’d been in the recent past: He said that the ECB could adjust the ‘policy parameters’ of the bank’s stimulus program – not to tighten policy but to keep it broadly unchanged. Our own Christopher Vecchio discussed this earlier in his morning piece, and the net takeaway thus far has been a continuation of Euro strength as EUR/USD has run-up to its near-term resistance at 1.1280. We looked at a long setup in EUR/USD in yesterday’s analyst pick (paired up with a short GBP/USD setup).

For those that aren’t yet long the Euro, caution is the order of the day as price action has resisted this area multiple times. The zone from 1.1280-1.1300 can be considered resistance, and traders can look to move-forward with a long stance in the Euro in one of two ways. Either a) let resistance hold and look to buy at a lower price, above prior support, at an area such as 1.1212 as we looked at yesterday. Or b) if resistance does give way, don’t chase – wait for price to retrace and then look to incorporate current resistance as future support in the event of a continuation move.

IG Client Sentiment is currently -4.17-to-1, and this is bullish given retail sentiment’s contrarian nature.

Also on the Central Bank front this morning was the release of the Bank of England’s Financial Stability Report, accompanied by a press conference from BoE Governor, Mark Carney. Much as we saw from Mr. Draghi, Mr. Carney attempted to avoid any tapering concerns by taking a dovish stance during this morning’s speech. The BoE is not taking risks around Brexit lightly, and as was discussed this morning, the BoE is very cautious around asset valuations such as commercial real estate and corporate bonds given the range of possible outcomes around Brexit. This is yet another example of how the brutal uncertainty facing the U.K. economy can keep the Bank of England in a rather dovish stance despite the rising inflation that’s been seen of late.

Similar to the top-side move in EUR/USD this morning, GBP/USD has rallied up to a prior resistance zone. The area of 1.2750 has been a key zone of support/resistance for Cable since last December, as this showed-up as post-Flash crash resistance, eventually becoming support after the bullish breakout in April. A bit above this level from 1.2813-1.2830 we have a secondary area of resistance, and if this current bullish move stalls ahead of this zone, short-side setups could be favored with targets cast towards prior support at 1.2705, 1.2655, and then 1.2604. We looked at a short setup in in the pair in yesterday’s analyst pick, and on the chart below, we’re looking at the updated technical setup in GBP/USD.

We looked at the bearish channel that’s dominated the Dollar’s price action for much of 2017 in yesterday’s article. The confluent area of resistance at 97.87 has held and bears have taken back-over, with prices in DXY falling below post-FOMC support from two weeks ago. This gives the appearance that more losses may be in store for the Greenback, and of interest are support levels at 96.47 and 95.86. The area at 95.86 is particularly interesting as this is the 50% retracement of the 16-year move in DXY, and this is also the swing-low from the night of U.S. Presidential elections. If support doesn’t hold there, then we may be in for a very bumpy ride as little support exists until we get down to the 94.73 area on the chart.

Later this afternoon brings one of the most pertinent market drivers on Planet Earth to the fray when Fed Chair Janet Yellen speaks in London. The speech is set to begin at 1 PM ET, 17:00 GMT; and traders holding any USD-risk should be well-aware and on guard around this time.

On the chart below, we’re looking at the bearish continuation move in DXY.