GBP: The Pound is on the backfoot this morning and losing ground against its major counterparts. GBP buckled early on after Tory loyalist Fallon dealt a blow to PM May, by stating that it may be possible to delay the UK’s departure in order to renegotiate a better Brexit deal. Elsewhere, President Trump added fuel to the fire after noting that it may not be able to trade with the US, adding that it is a good deal for the EU. Consequently, GBP has given up the 1.28 handle to trade in the mid-1.27s, support is situated at 1.2720 before the 1.27 handle.

USD: The US Dollar is slightly firmer, up 0.1%. Commentary from Fed’s Clarida was in stark contrast to his comments a couple of weeks ago, where he signalled caution over growth in 2019. Today’s comments suggested little signs that the Fed would consider pausing rate hikes anytime soon. Clarida stated that gradual policy rate hikes remain appropriate, adding that he would back more rate hikes than expected if inflation surprised to the upside. However, given that inflation expectations have dropped amid the plunge in oil prices, it might be hard to expect upside risks to inflation in the near-term.

AUD / NZD: The Kiwi had been initially lower overnight after soft trade balance figures. However, both the Australian and New Zealand Dollar staged a comeback amid reports from the Chinese Foreign Ministry highlighting that President Trump and Xi had agreed a to reach a mutually beneficial agreement with the spokesman later clarifying that this was from the November 1st phone call between Trump and Xi. Regardless, optimism is building ahead of the G20 summit with option markets reducing their demand for protection against further AUD losses, while USDCNH 1-week risk reversals have now slipped to negative (greater demand for CNH calls vs Puts).

Crude Oil: Yesterday’s bounce back has provided an opportunity for oil bears to reload shorts. The lack of conviction in the rise in oil prices suggests that any increase could be short-lived as markets look to find a floor. Alongside this, given the concerns over an oversupplied oil market, reports that Saudi Arabia are currently producing oil at a record 11.1-11.3mbpd has done little to ease the bearish sentiment. Focus now is on the G20 summit and OPEC meeting, while headline risk will likely be elevated as chatter begins to circulate over the size of OPEC-led production cuts. 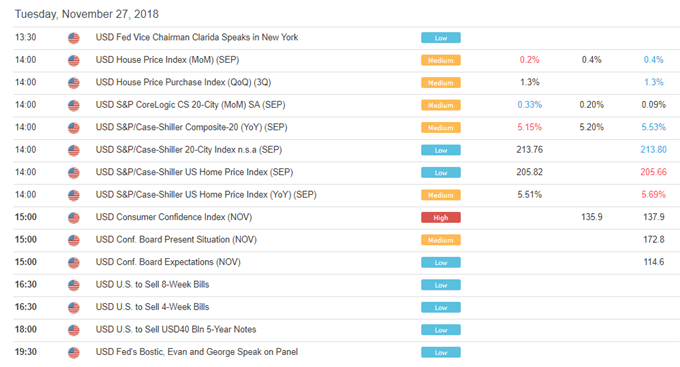 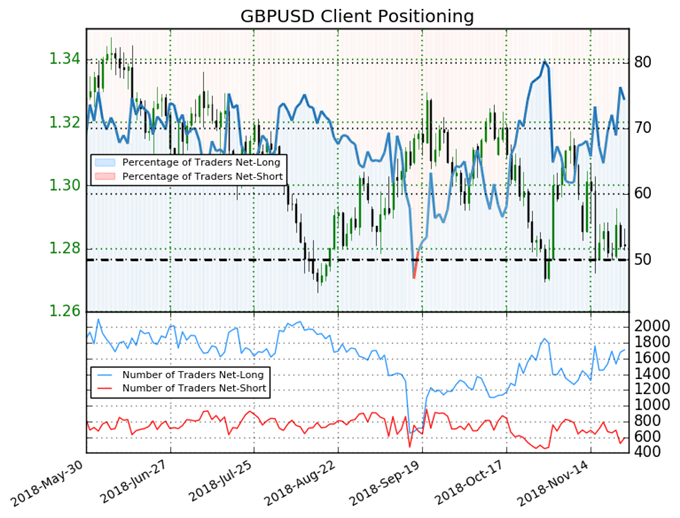