Bank of England Walks Back on Negative Rates

FX: The morning saw the BoE announce its latest monetary policy decision and as expected, the central bank stood pat on policy. The main focus had been on commentary negative interest rates, in which the BoE had talked down the prospect of NIRP policy being introduced. Subsequently, this saw money markets cut back on NIRP pricing amid the more hawkish than expected statement, and thus GBP is on the front foot during today’s session, 1.3200 remains within sight for GBP/USD. Elsewhere, the US Dollar is better bid this morning against its counterparts, however, as of late we have noticed some unusual selling as US participants enter. 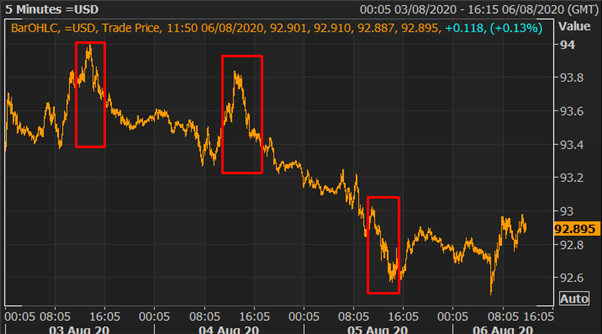 If at First You Don’t Succeed, TRY, TRY Again

Emerging Markets: Volatility is rife within the EM complex following the heavy selling in the Turkish Lira, having blown past the 7.0000 handle. After the breakout of the de-facto peg last month and with concerns over Turkey’s negative FX reserves (limited ammo to curb TRY weakness) it was seemingly only a matter of time before USD/TRY hit a fresh record high. Eyes will now be on Turkish officials to stem the tide of selling with the Turkish Central Bank rate decision on Aug 20. That said, a continued plunge in TRY and the central bank may have to act sooner. 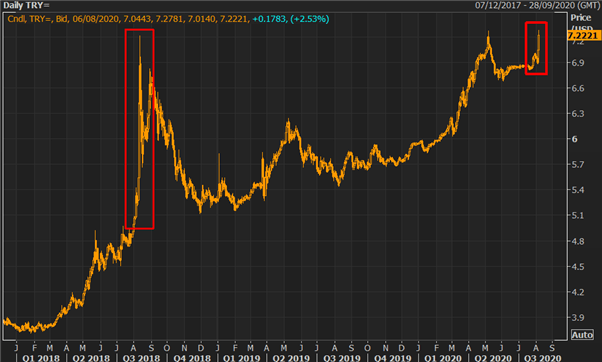 Commodities: Precious metals are once again stealing the limelight in the commodity space with silver jumping 4% to top $28 for the first time since 2013. As such, given the strong followthrough, there is little to suggest that a $29 and $30 is out of the question. The trend is your friend in precious metals. 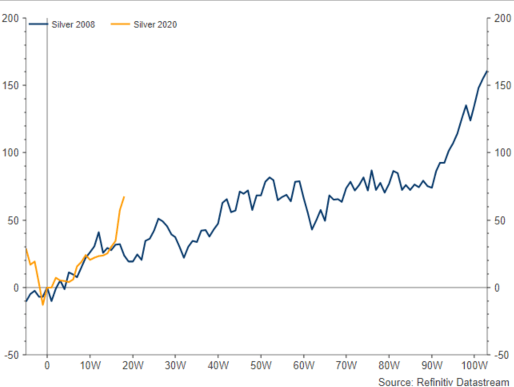 Equities: Modest amount of risk being taken off the table throughout the morning session with European equities on the back foot. Although, with a better than expected jobless claims report, US futures have bounced back into positive territory.

Looking ahead: Fiscal talks continue to garner attention, while the main focus will be on tomorrow’s NFP data. While President Trump may say “big job number coming on Friday”. The recent slowdown in the labour market following renewed lockdown measures and halts to re-opening, makes us slightly cautious about this statement. 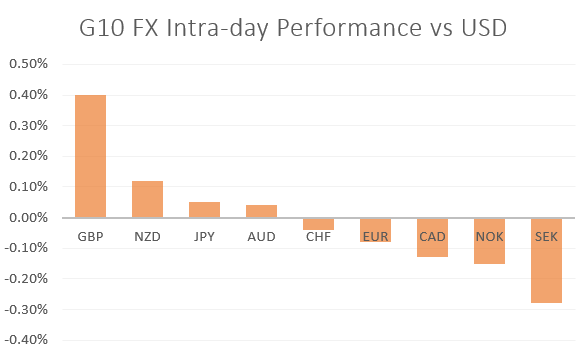