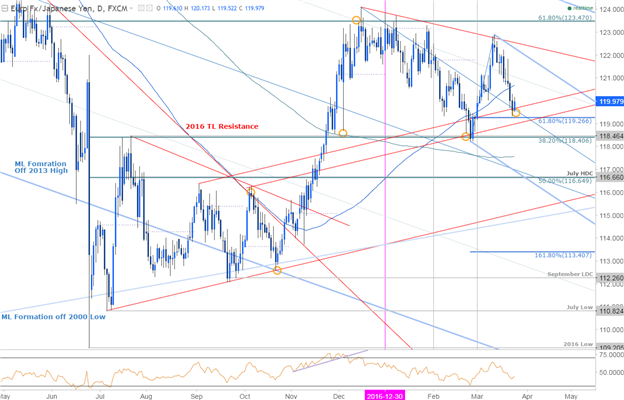 Technical Outlook:EURJPY is responding to a confluence support zone around 119.26/33 (low registered at 119.32) – this region is defined by the 61.8% extension of the decline off the December high, the 76.4% retracement of the advance off the February low & the monthly open and converges on both long-term uptrend & near-term downtrend slope support. Note that daily RSI is also rebounding off the 40-mark – constructive near-term.

The risk is for a rebound off this mark but it’s important to note that the pair remains within the confines of the broader downtrend- for now. A longer-term look at price action suggests EURJPY may be making a larger base here after last year’s terminal break of a multi-month consolidation pattern. That said, near-term we’ll be looking for a larger reaction off this support zone. 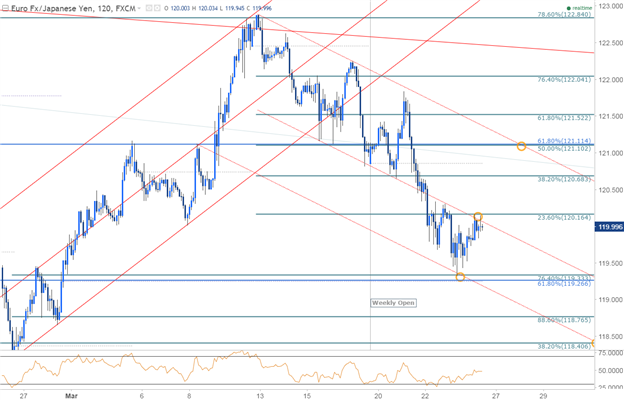 Notes: A closer look at price action highlights a near-term descending slope formation with the rebound off confluence support now testing near-term resistance at 120.16. Likely to get some kickback here but we’ll favor the long-side while above this support barrier with a breach higher targeting 120.68 & a more significant resistance region at 121.10/11 – area of interest for near-term exhaustion / short-entries.

A break lower from here invalidates the reversal play with such a scenario targeting 118.76 and a longer-dated 38.2% retracement at 118.41. From a trading standpoint, we’ll favor fading weakness while above key support with a breach above the parallel to open up a larger rally. A quarter of the daily average true range (ATR) yields profit targets of 24-28 pips per scalp. Added caution is warranted heading into key data prints out of Europe & Japan next week with CPI & Retail Sales figures likely to fuel increased volatility in their respective crosses. 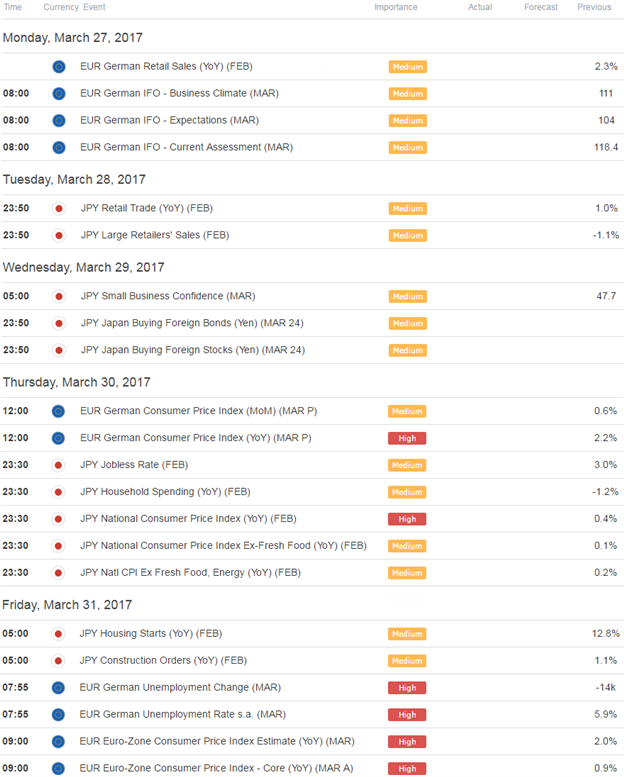