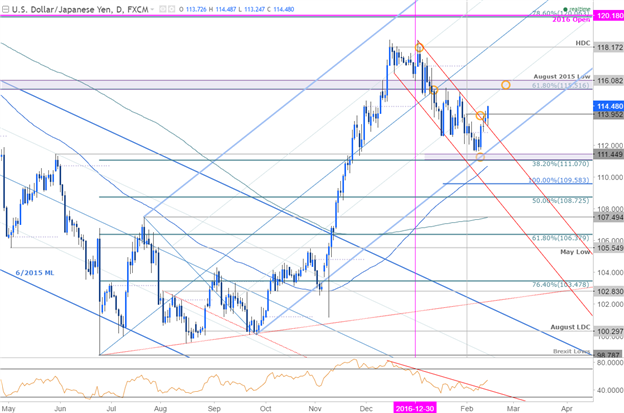 Technical Outlook:Last week we highlighted a key support confluence in USDJPY at 111.07/45 with the short bias at risk into this region. The pair turned just ahead of this zone on a break of the weekly opening-range. The advance has now tested former 2017 channel resistance as support and keeps the focus higher while above the weekly open. Note that if we close at these levels, the pair will have also marked a break of the weekly & monthly opening range highs. Look for initial resistance targets at the 50-line of the ascending pitchfork backed by key resistance at 115.51 & 116.08- a breach / close above this region is needed to suggest a more significant low is in place. 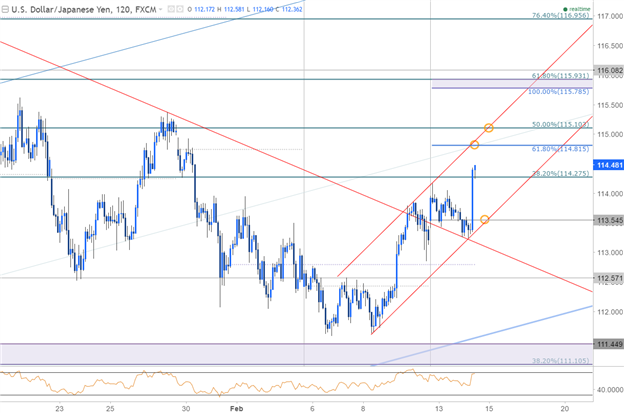 Notes:A closer look at price action has USDJPY trading within the confines of a near-term ascending channel formation with channel support highlighting our near-term bullish invalidation level at the weekly open at 113.55. Topside resistance targets are eyed at 114.82 & the 115.10- both of which converged on channel resistance into European trade tomorrow. A break there, eyes key resistance at the 115.79/93Fibonacci confluence.

From a trading standpoint, I’ll look to fade weakness while within this formation with a breach above the August 2015 lows at 116.08 needed to fuel the next ‘Big’ leg higher for USDJPY. A break / close below the monthly open at 112.80 would be needed to shift the broader focus back to the short-side with such a scenario targeting the lower parallel & the 111.11/45 key support zone.

A quarter of the daily average true range (ATR) yields profit targets of 32-36 pips per scalp. Added caution is warranted heading into the release of the U.S. January Consumer Price Index tomorrow with the print likely to fuel increased volatility in the dollar crosses. Headline CPI is expected to print at an annualized rate of 2.4% - that would be the highest read since March 2012 (was 2.7% then). 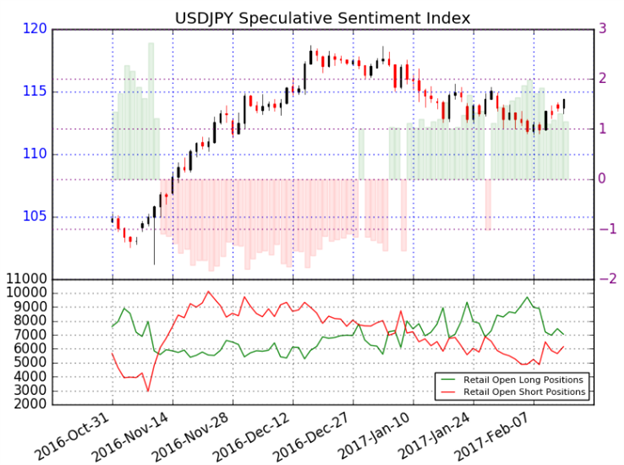 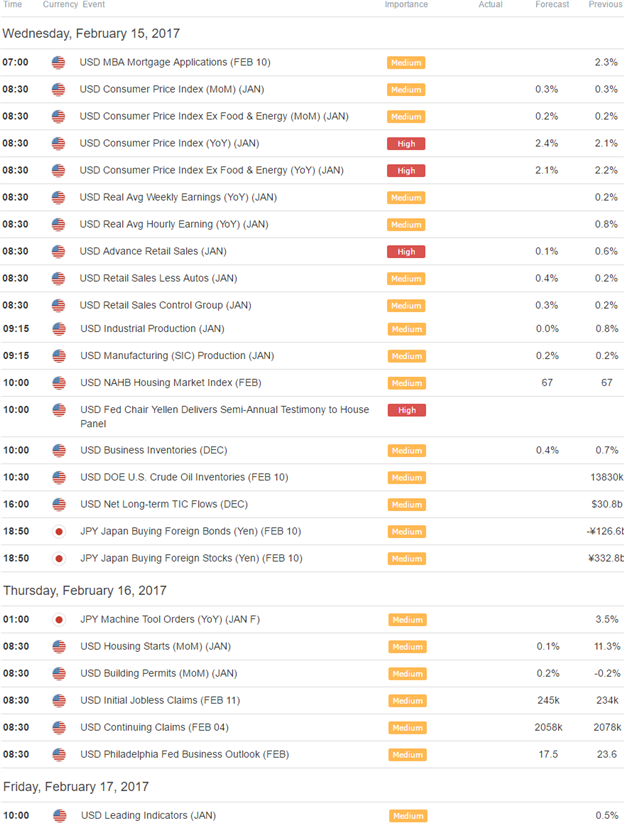