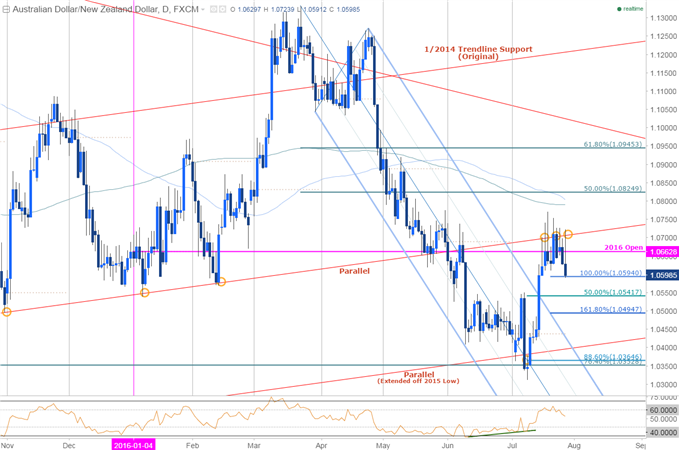 Broader Technical Outlook: AUDNZD broke out of a multi-month descending median-line formation on building bullish divergence earlier in the month with the pair rallying into parallel resistance extending off the October 2015 low. Note that the slope of this trendline is identical to the original slope highlighted last year extending off the 2014 low with a parallel extending off the 2015 low capping the decline in early July trade.

The pair looks poised to mark an outside-day candle today after yet another failed attempt at a topside breach. The immediate focus is lower while below the yearly open at 1.0662 with a decline likely to offer more favorable long-entries. For now, I’m working under the assumption that the pair may have put in a more significant low this month. The trade remains constructive while above 1.0541 backed broader bullish invalidation at 1.0495. A breach of the highs eyes subsequent resistance objectives at the 200-day moving average ~1.0790, 1.0825 & the 61.8% retracement of the 2016 range at 1.09425. 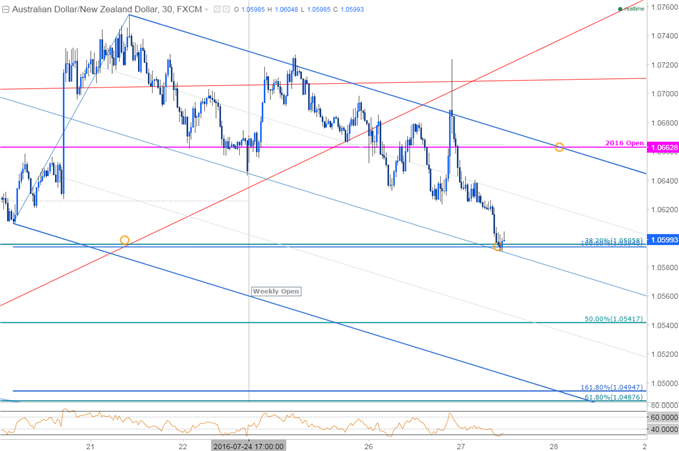 Notes: AUDNZD is trading within the confines of a well-defined descending median-line formation off last week’s highs with the pair now testing a near-term support confluence at 1.0593/96. Initial resistance stands with the 50-line with the near-term focus weighted to the downside while below the upper parallel / 1.0662.

A break lower targets subsequent support objectives into 1.0542 & 1.0487/95 – both levels of interest for poossible exhaustion / long-entries. A quarter of the daily average true range (ATR) yields profit targets of 25-28pips per scalp. Added caution is warranted heading into the close of the week / month as market flows can often times fuel some pretty radical price action. Keep in mind the RBA interest rate decision on tap early next week. Continue tracking this setup and more throughout the week- Subscribe to SB Trade Desk and take advantage of the DailyFX New Subscriber Discount. 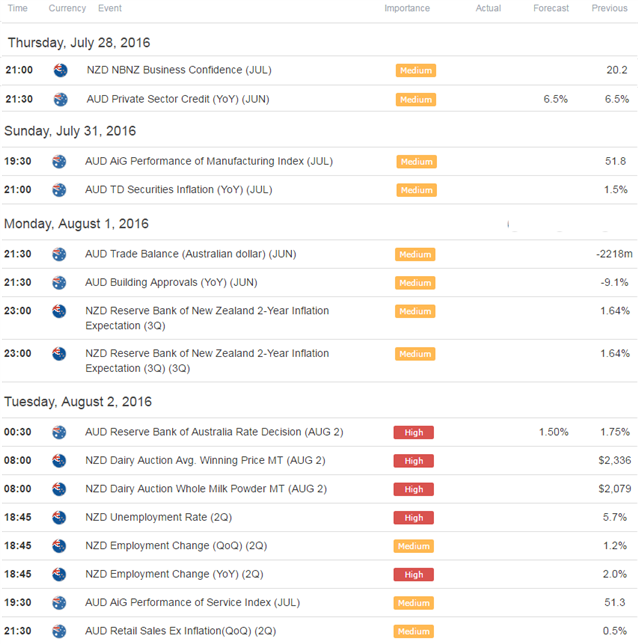