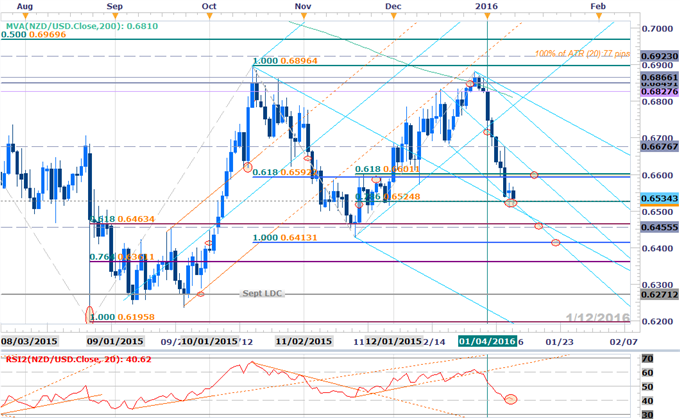 Technical Outlook: NZDUSD is testing confluence support at 6525 where the 78.6% retracement converges on a pair of median-lines extending off the October & December highs. The immediate short-bias is at risk while above this threshold with interim resistance eyed at 6592-6600 backed by the median-line extending off the December 16th high ~6640 (near-term bearish invalidation).

A break lower targets a more significant support zone at 6455/63, with subsequent objectives at 6413 & 6361. Note that daily momentum is holding just above 40- suggesting that shorts remain vulnerable near-term. Bottom line- the pair is at downtrend support & a rebound here would likely offer favorable short entries higher up. 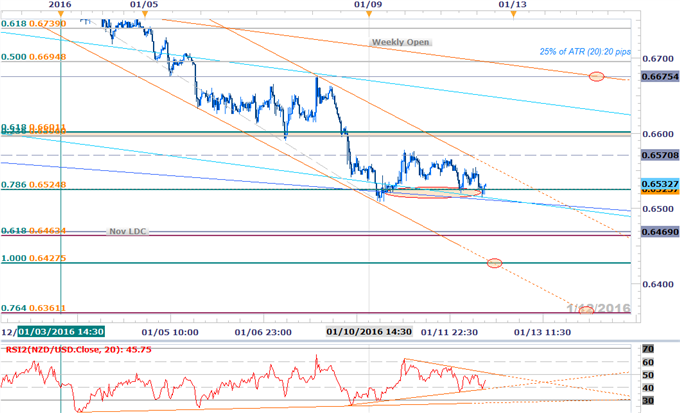 Notes: Kiwi is trading within the confines of a well-defined embedded descending channel formation with slight momentum divergence into the lows suggesting that downside pressure may be waning here. Look for a breach of channel resistance to trigger a rally towards resistance at 6596-6600 with a breach above the median-line needed to invalidate the short-bias.

A break lower targets 6463/69 backed by the November low at 6427 & the longer-term 76.4% retracement at 6361. A quarter of the daily average true range yields profit targets of 19-21 pips per scalp. Added caution is warranted heading into the China’s trade balance figures tomorrow & U.S. Retail Sales on Friday with the releases likely to fuel volatility in risk sensitive assets & the dollar crosses. 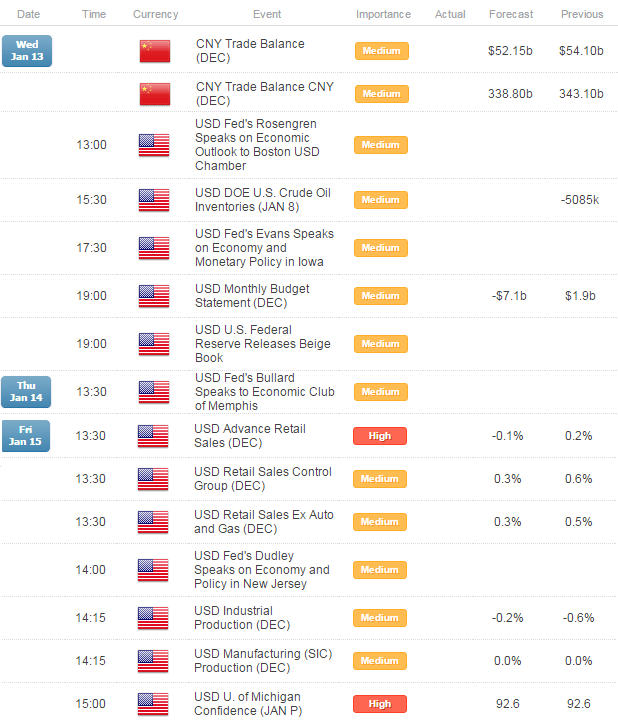