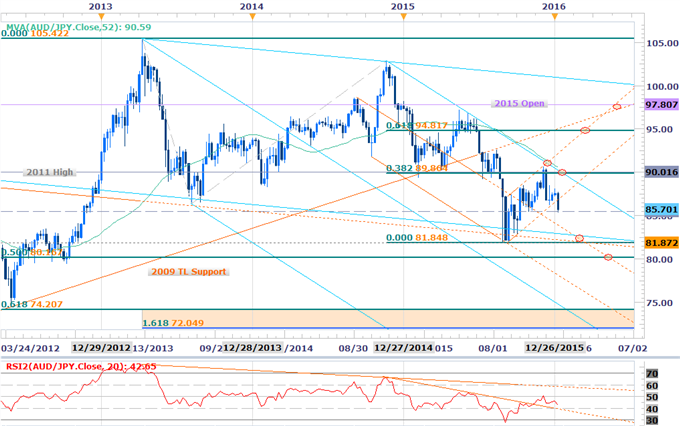 AUD/JPY at Support, For Now 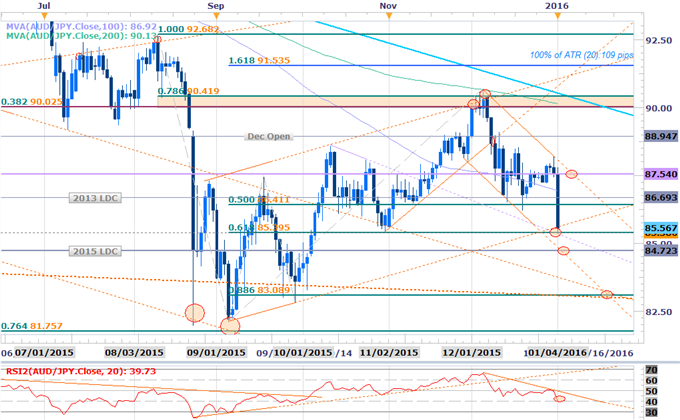 Technical Outlook: AUDJPY is trading within the confines of a well-defined descending channel formation with today’s sell-off taking the pair into a key support range at 85.40/47. This region is defined by the 61.8% retracement of the September advance, the 2015 low-week reversal close and former trendline resistance. The immediate short-bias is at risk while above this level, but we’ll be looking to sell rallies / short-triggers on a rebound.

Resistance stands at 86.41/69 with our near-term bearish invalidation set to the 2016 open at 87.54. A breach above 90.02/42 would be needed to shift the broader outlook back to the topside for the AUDJPY. Note that daily RSI is now testing the 40-threshold as support and a break below alongside a move sub-85.40 keeps the short-bias in play targeting the 2015 low-day close at 84.72 / channel support and the highlighted confluence at 83.09. 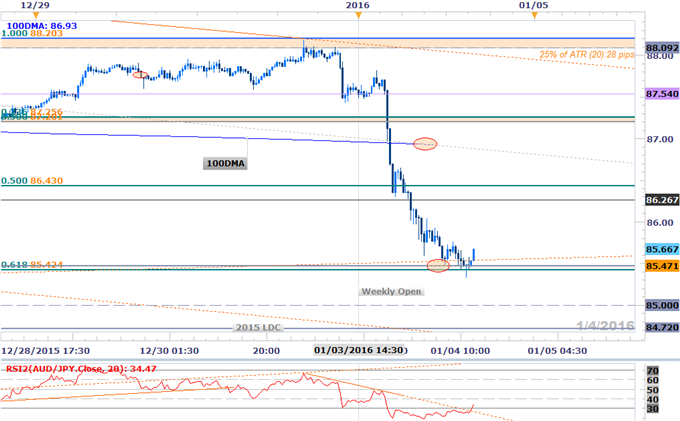 Notes:Today’s abrupt market sell-off saw the pair break below the 100DMA before testing key support at 85.42/47. Momentum divergence into the lows followed by a resistance trigger break has us holding longs here, but we’re only looking to play the rebound. We’ll be looking to sell rallies / support triggers on a rebound with a break of support targeting 85 & 84.742.

Interim resistance stands at 86.26/43 backed by the 200DMA at 86.93 & 87.20/25. Near-term bearish invalidation rests with the monthly/yearly open at 87.54. A quarter of the daily average true range (ATR) yields profit targets of 27-30pips per scalp. Added caution is warranted heading into Australian data later this week with Trade Balance & Retail Sales data on tap Ahead of Friday’s highly anticipated US Non-Farm Payrolls report. 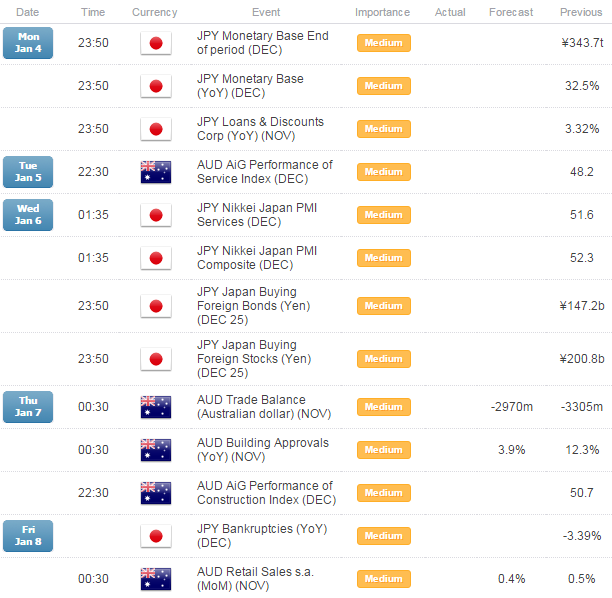