After the S&P 500 posted its largest first quarter return since 1998 at the end of March, many market participants were skeptical the rally could continue. Now that the index is within 2% of all-time highs, investors are wary of another stock market crash with February and October 2018 fresh in their minds.

Thankfully for bulls, the near record-breaking first quarter may have set the index up for success. 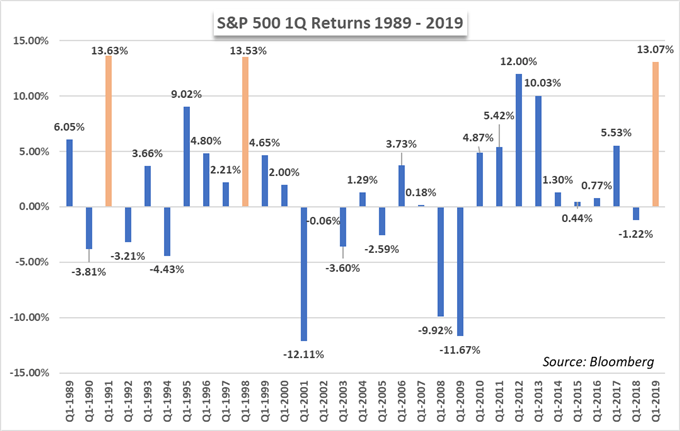 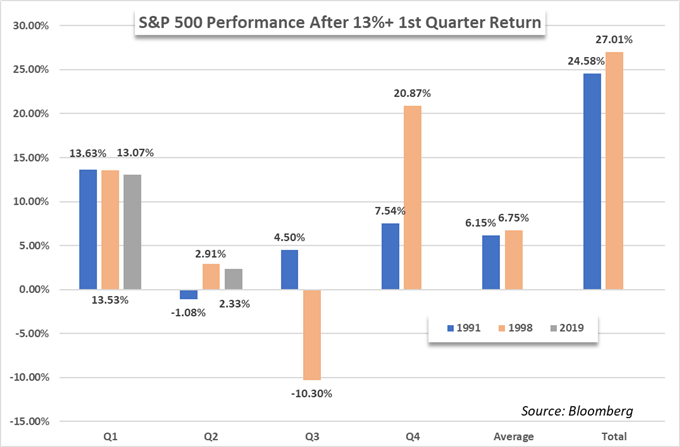 1998’s first quarter narrowly missed the return in 1991 but would eventually surpass the annual return offered in 1991. From the beginning of the second quarter to the end of 1998, the S&P 500 climbed 13.48% - with an average quarterly gain of 3.49% and an absolute average of 11.36%. Including the historically strong start to the year, the index ended 27.01% higher than it opened that year.

Use IG Client Sentiment Data to gauge how retail traders are positioned on the S&P 500, Dow Jones, Gold and more.

If the S&P 500 is to follow in the footsteps of history, it could bear to lose around 2.3% before the year is over and still maintain the trend from 1989. But if bulls intend to keep pace with the average Q2-Q4 growth following years with first quarter growth above 10%, the index will need to grow another 8.4% before 2019 concludes.

Such a pace will be difficult to maintain, especially with heightened recession fears and signs that the index is petering out near prior tops. However, if history is any indication, the weeks following Easter Sunday may serve to reignite the S&P 500’s rally. 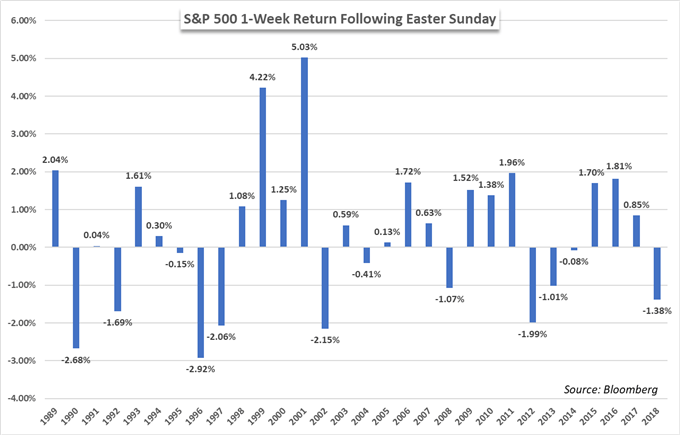 Since 1989, the S&P 500 has seen a positive return during the week following Easter Sunday in 18 of 30 (60%) instances - good for an average weekly return of 0.34%. The week of Easter Monday in 2001 offered the highest return in that timeframe - well above the absolute average move of 1.51%. Similarly, the month following Easter has also offered positive returns for the S&P 500 on average. 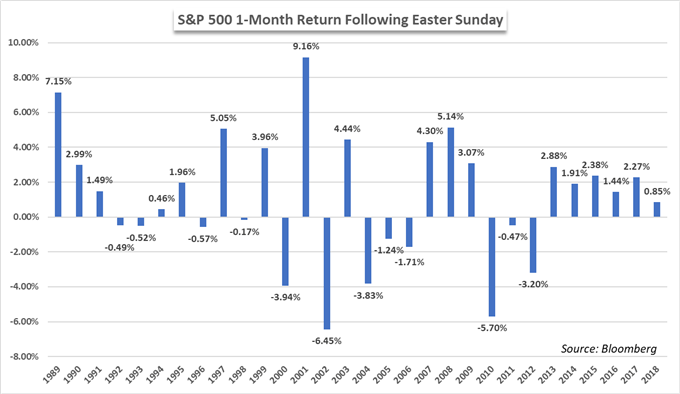 In the four weeks following Holy Thursday’s close, a familiar 60% of instances witnessed growth, including six consecutive years. That said, the variability of returns is understandably greater. On average, the S&P 500 grew 1.09% in the month following Easter, with an average absolute change of 2.97%.