The concluding months of 2018 were chocked full of volatility and event risk. Since September, the S&P 500 retraced completely for the year and has been trading lower than it opened on January 1st, 2018. Further still, various economic indicators are flashing red leading some speculators to believe US equities - and the stock market in general - are soon to crash. And, given the valuation of the S&P 500 to other global equity markets, concerned investors may be onto something. 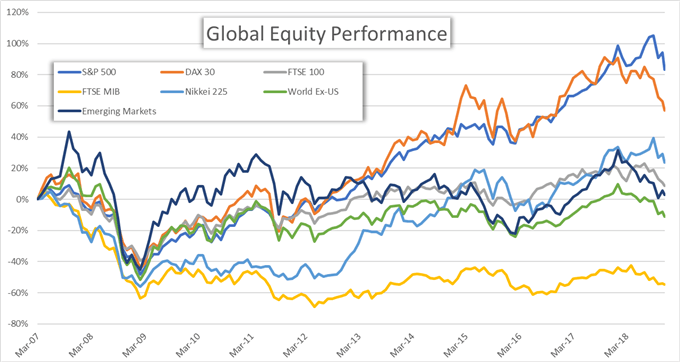 Further reading: Learn tips and strategies to trade the S&P 500.

There is a list of reasons for this particular asset's remarkable climb. Starting in 2016, the election of President Trump spurred business optimism in the United States as many believed him to be a “pro-business” Leader of the Free World. This optimism likely contributed to 2017’s uninterrupted climb with other major indices enjoying similar growth. 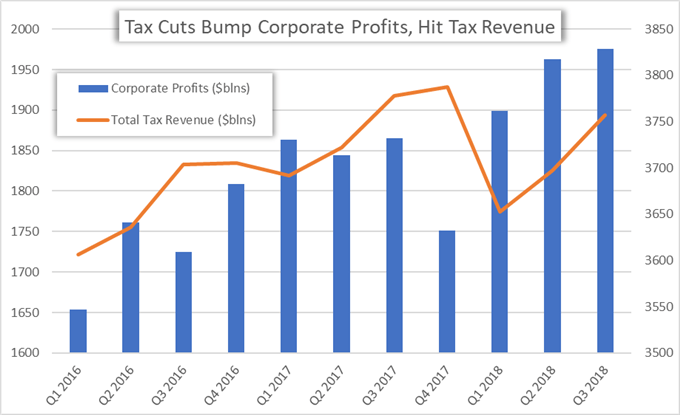 Investor’s suspicions were confirmed in late 2017 when corporate taxes were slashed to 21% from 35%. The cut saw corporate profit bounce and many companies subsequently announced share buybacks which further buoyed share prices.

Anecdotally, AT&T announced a one-time $1,000 bonus to all employees because of the cuts while Walmart announced a pay hike for employees. Materially, corporate profits climbed to record heights. The optimism and euphoria in-turn influenced GDP projections for the United States even further, remarkable considering they were already heightened compared to other developed economies. 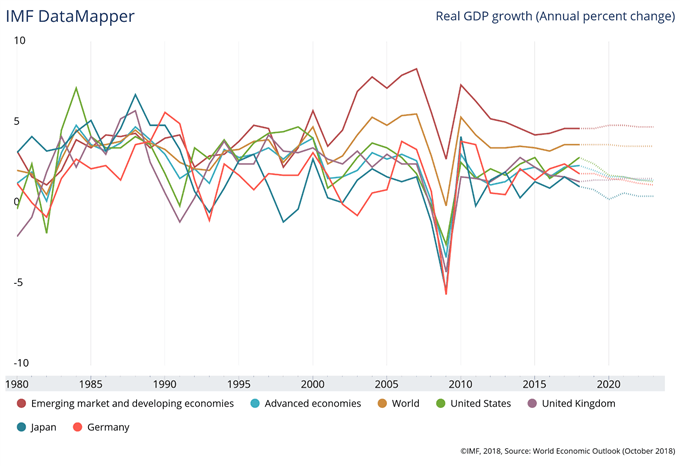 Many of these threats are ongoing and many show no immediate path to resolution. At the forefront, Brexit jolted the United Kingdom's and European Union's growth forecasts. Uncertainty remains as the divorce terms are still unclear which will keep growth forecasts, currency valuations and stock market valuations are all discounted.

On a broader basis, Brexit has ignited concern about the integrity of the entire Union. Recent Italian budgetary issues have raised concern that conditions like those during the Eurozone Debt Crisis could be revisted. These troubles have been further stirred by France. After a series of concessions to protestors, French President Emmanuel Macron has veered the second largest economy in the Union into a fiscal red zone having surpassed projected debt limits and will surely face warnings from Brussels.

While the United States may enjoy stability at present, the lack of a bad thing does not constitute a good thing. As reasons for continued growth seem limited, many economists have issued warnings of an imminent downturn which could lead to the next stock market crash. Still, there are a few factors that could keep us afloat in the short-term. 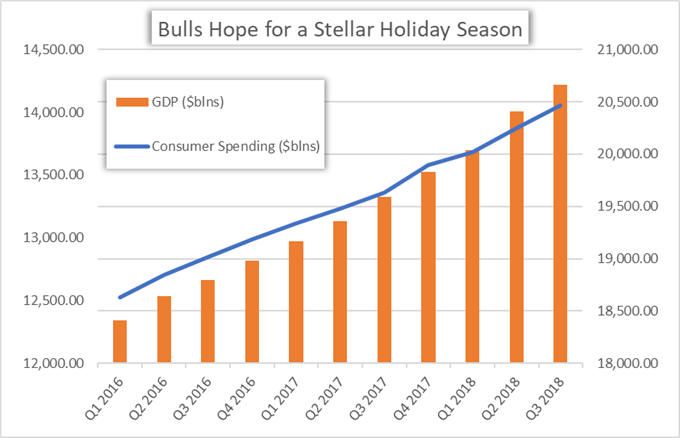 A more immediate reason for optimism may be robust consumer spending. Months of cycle-low unemployment and steady wage growth will likely result in a stellar holiday season for retailers and the data could impact sentiment. Materially, holiday sales will come into play during earnings season and if the market enjoys a string of strong performances, it could generate some buoyancy for equity markets over the longer term - therefore stalling a potential stock market crash. Yet many remain unconvinced there is anything that could reverse the course equities are on after the inversion of the yield curve.

Bubble, Crash or Slow Decline of Stock Markets in 2019? 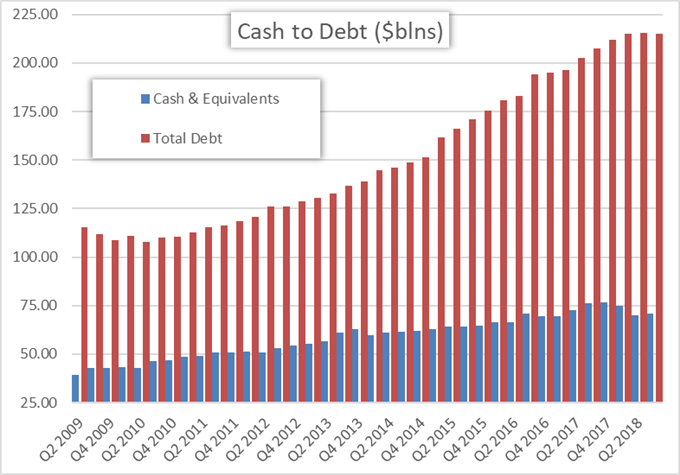 Consequently, the impact of a more expensive Dollar would pressure emerging markets and hamper US exports. Once combined the two factors would exert significant downward pressure on the global growth outlook which many - including International Monetary Fund Chairwoman Christine Lagarde - have already called into question.