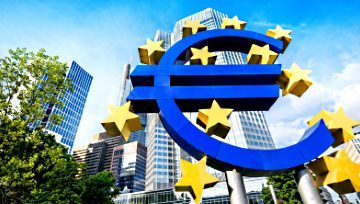 As the US and China close what may be the end of a very painful chapter on trade wars, a new one may have just weaved into the narrative. On Monday, US Trade Representative Robert Lighthizer put forth an $11 billion list of tariffs the Trump Administration is intending on leavying against the EU. This comes amid dissatisfaction with the EU’s subsidies for the aerospace giant Airbus.

Some of the import duties would include both soft and hard commodities ranging from wine and various cheeses to helicopters and industrial parts. The dispute first emerged in 2004 – and still has not had a definitive ruling – when the US brought the matter to the attention of the WTO which outlined how the EU’s subsidies negatively impacted US commerce.

Lighthizer justified the threat of tariffs through citing section 301 of the Trade Act of 1974, which allows the President to take the necessary action – which includes retaliation – to end any country’s practice that violates WTO rules. The kinds of items listed suggests US policymakers are targeting key industries in core Eurozone including France and Germany as a way to pressure key member states.

“Our ultimate goal is to reach an agreement with the EU to end all WTO-inconsistent subsidies to large civil aircraft. When the EU ends these harmful subsidies, the additional U.S. duties imposed in response can be lifted” Lighthizer stated. However, getting all parties to the table to talk may be difficult considering recent failed efforts and an overall erosion of their political and economic relationship since 2018.

For Europe, the timing could not be worse. Eurozone growth has been abysmal with last week’s release of German factory orders that put a dent in the Euro’s performance and soured overall market sentiment. This comes as France continues to deal with the Yellow Vest Protests, Italy wrestles with a recession with the German economy not far behind. The last thing the region needs is another headwind.

Furthermore, this week, the IMF and World Bank will be holding their annual spring meeting where policymakers will weigh in on the outlook for global growth and potential risks facing the financial system. Fears over a global slowdown will likely dominate the topic of discussion as the three largest economies –the US, China and EU – decelerate as the geopolitical landscape shifts into unpredictable territory. If the global outlook is more pessimistic than anticipated, cycle-sensitive assets like the Australian and New Zealand Dollars along with stock indices will likely suffer. Conversely, the US Dollar, Japanese Yen and Swiss Franc may catch haven bids and outperform. In the event of an EU-US trade war breakout, European assets would suffer with the Swiss Franc possibly emerging as the regional champion.