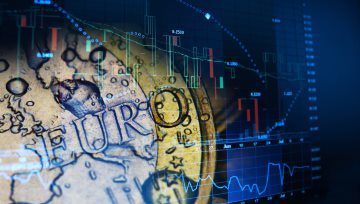 Euro bulls groaned after news crossed the wires indicating an EU-US trade conflict might be in the cards at a time when the region is already vulnerable from weak growth and political peril. In Strasbourg, France, the European Parliament (EP) voted against a motion to resume transatlantic talks with the US and reduce the number of industrial duties the EU faces after Trump’s tariff tantrum in 2018.

European policymakers are hoping both sides can reach an agreement after Trump and Juncker held in a meeting last year that temporarily suspended tariff impositions. This follows a meeting between European and US trade representatives last week in Washing that were unable to agree on key agricultural agreements. The US wants the EU to purchase more agricultural products, and this has become a major source of friction.

The President’s persistent attack on liberalized trade relations appears to be fueled by his campaign promises of bringing jobs back home that were supposedly lost to foreign competitors. By attempting to reintroduce protectionism, he hopes to protect domestic jobs of workers who are a key part of his voter base which could help give him an edge in the 2020 US Presidential election.

“Trust is at an all-time low” an EU parliamentarian stated, but not all nation states are as harshly opposed to discussing agricultural reforms. Germany has expressed a more open mind to the topic, but this is likely because in the event of a trade conflict, Berlin would be hit hardest by Trump’s intended auto tariff. This would also be coming at a time when Germany’s economy has been showing unexpectedly high weakness.

Germany’s heavy reliance on the auto sector has created some of these vulnerabilities. Fewer people have been taking driving tests and environmental regulations are increasing the cost of production and hampering output. The export-heavy DAX equity index has had a mild recovery after reaching its three-year low in December, though still remains 15 percent down from its second-highest peak in January 2018. 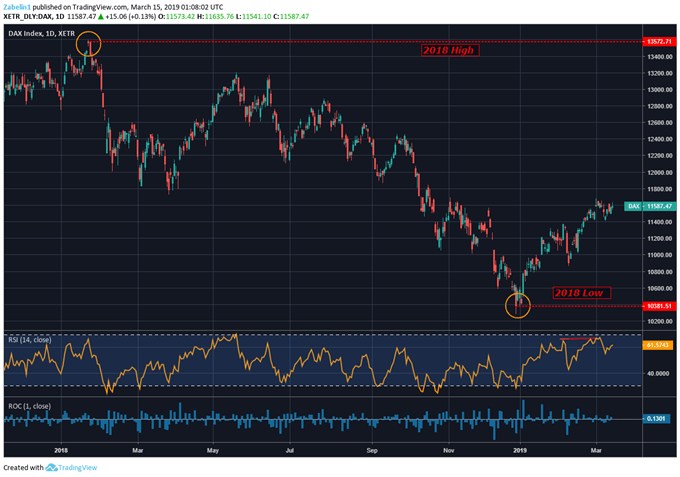 German industrial production for January came in at -0.8 percent, undershooting the 0.5 estimates in addition to factory orders – a vital indicator – painfully reporting a 2.6 percent contraction after forecasts pegged 0.5 growth. German policymakers are therefore feeling particularly tense and are waiting for Trump to evaluate a report he received from the Commerce Department on the possible security threats posed by imported autos.

However, “Tariff Man” may wait to act on European tariffs as he attempts to solidify a trade deal with China. Trade wars on both fronts may cause too much market disturbance and could cost him additional politics points. Both presidents are scheduled to meet in April to further discuss reaching an agreement. If you’d like updates and a more in-depth analysis on these developments, you may follow me on twitter at ZabelinDimitri.

The EU is therefore somewhat fearful of a trade truce between the US and China, because it could incentivize the White House to employ similar methods against a key ally i.e. Europe. A trade conflict between the US and EU would weigh on an already gloomy outlook for growth and may cause capital flight from the Euro. This would also be coming around the same time of the much-anticipated 2019 EP elections.

In the scenario of a trade dispute, the Euro and sentiment-liked assets like the Australian and New Zealand Dollars would likely fall. Conversely, the anti-risk US Dollar, Japanese Yen and Swiss Franc may gain. The latter may outperform if haven counterparts due to its regional proximity to the European-based event risk.