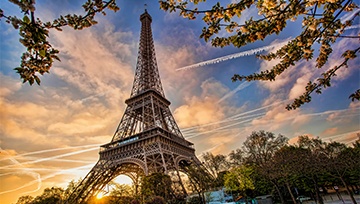 France’s “gilet jaunes” or Yellow Vests protests are re-erupting after a brief period of respite. President Emmanuel Macron is once again on the defensive and has vowed to crack down on the violent outbursts. This comes after he attempted to appease the protesters by repealing his proposed fuel tax and introducing new minimum wages laws to address the high cost of living.

His new policy measures may take France beyond the EU-wide fiscal regulation of a 3 percent deficit constraint and could rattle European markets and make Euro bulls jitter. Italy – which notoriously shook up the bond markets in 2018 – had to trim down its ambitious budget plans because it violated European laws. If France were allowed to bend them, it could make Brussels look hypocritical and biased in its application of the law.

This in itself would have broader political ramifications that could undermine Eurozone growth and stability. If you want to learn more about this, you may follow me on Twitter @ZabelinDimitri.

If France were to use fiscal measures to provide an economic boost, the key question is whether that growth is sustainable. If it is, then the debt incurred could then be offset by the productive ends it achieves. However, if the funds are not allocated to address key structural reforms and only jolts the economy before shortly evaporating, it poses longer-term risks which could destabilize regional financial activity.

Another big concern is: if France goes on a fiscal spending spree, will it then – as a core Eurozone economy – set a precedent for fiscal exceptionalism (arguably like Italy), and will it be able to service the debt? If multiple member states undergo a similar endeavor and end up with greater debt with little to no change to the longer-term growth trajectory, that could sound the alarm of insolvency in the bond markets.

As in the case of Greece, when the perception of a government’s ability to service its debt is compromised, it often fuels capital flight and sends yields higher, making repayment more difficult. This increases the risk of the bond even more, and causes interest rates to rise, and so on and so forth. It is not outlandish to suggest that a Eurozone contagion effect could emerge if states undergo a radical fiscal program that undermines their economy in the long-run if it is executed poorly.

Macron’s proposals of new minimum wage laws and tax cuts for pensioners are estimated to cost between 8-10 billion Euros. The bigger question is, can France financially – and the Eurozone, politically – afford it? The ECB has limited tools to address such a crisis with rates already below zero and new liquidity provisions in the form of TLTRO’s introduced at the last policy meeting.

In such an outcome, the Euro would probably take a hit – as it did during the Greek debt crisis – with local, and possibly global equity markets hurting as well. However, the anti-risk Swiss France (CHF) may rise during this time as investors shift from chasing yields to preserving capital. CHF may outperform relative to the Japanese Yen and US Dollar because of its regional proximity to the European-based event risk. 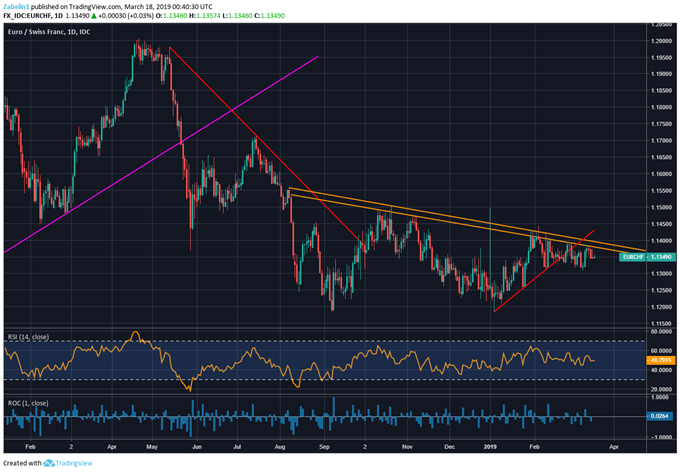