With PM Boris Johnson officially at the helm of British Parliament, the drums for no-deal Brexit are beating louder across the UK. This has put spot GBPUSD under a considerable amount of pressure with potential for further weakness which could be sparked by the August BOE meeting slated for next Thursday at 11:00 GMT.

The Bank of England has been shackled to a cautious monetary policy normalization approach considering the vast amount of risk and uncertainty surround Brexit. Although, the hawkish tilt by the UK’s central bank has shifted to a more neutral bias recently and monetary policy outlook could turn even less optimistic at the upcoming August BOE meeting. Aside from forward rate guidance, the BOE will also provide markets with its quarterly inflation report. 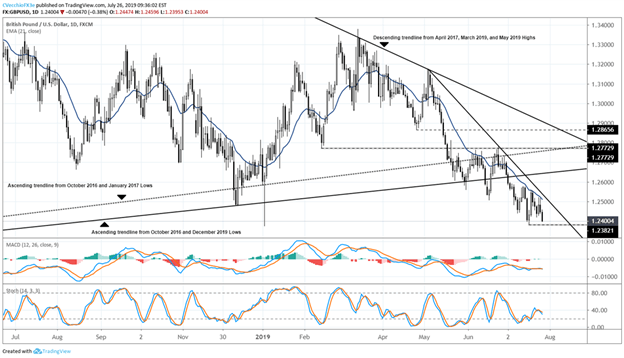 GBPUSD price remains below the daily 8-, 13-, and 21-EMA envelope, and if the daily candle were to finish at these levels, it would represent the lowest close of the year. Daily MACD has just turned lower again while bearish territory, a sign of significant weakness. Slow Stochastics have turned lower as well. Bearish momentum is accelerating again for GBPUSD; a breakdown to fresh yearly lows appears to be around the corner. 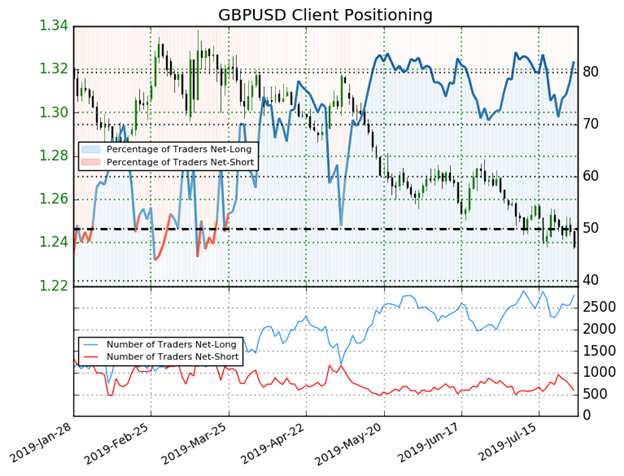