GBPUSD holds above the monthly-low (1.2382) ahead of the Bank of England (BoE) meeting, but fresh projections coming out of the central bank may produce headwinds for the British Pound if Governor Mark Carney and Co. alter the forward guidance for monetary policy.

The British Pound appears to be stuck in a narrow range following change in UK leadership, but headlines surrounding Brexit may continue to shake up the near-term outlook for GBPUSD as Prime Minister Boris Johnson pledges to meet the October 31 regardless of the outcome.

It seems as though the first speech by PM Johnson have eased concerns of a no-deal Brexit as the new leader insists that “we will do a new deal,a better deal that will maximise the opportunities of Brexit while allowing us to develop a new and exciting partnership with the rest of Europe, based on free trade and mutual support.”

In turn, the Monetary Policy Committee (MPC) may stick to the sidelines as the next meeting on August 1, and the central bank may reiterate that in the event of “a smooth Brexit, an ongoing tightening of monetary policy over the forecast period, at a gradual pace and to a limited extent, would be appropriate to return inflation sustainably to the 2% target at a conventional horizon.”

More of the same from Governor Carney and Co. may heighten the appeal of the British Pound as the central bank appears to be on track to endorse a wait-and-see approach until the MPC meets again in November. 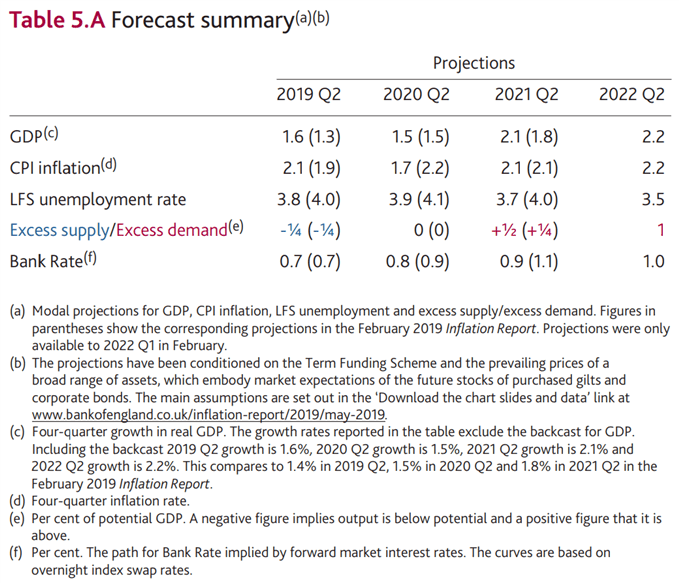 However, the updates to the BoE’s quarterly inflation report (QIR) may hint at a looming shift in monetary policy as “GDP is now expected to be flat in Q2.”

As a result, a downward revision in the economic projections along with a material shift in the MPC’s forward guidance may produce headwinds for the British Pound, but retail sentiment remains skewed even though GBPUSD falls back towards the monthly-low (1.2382). 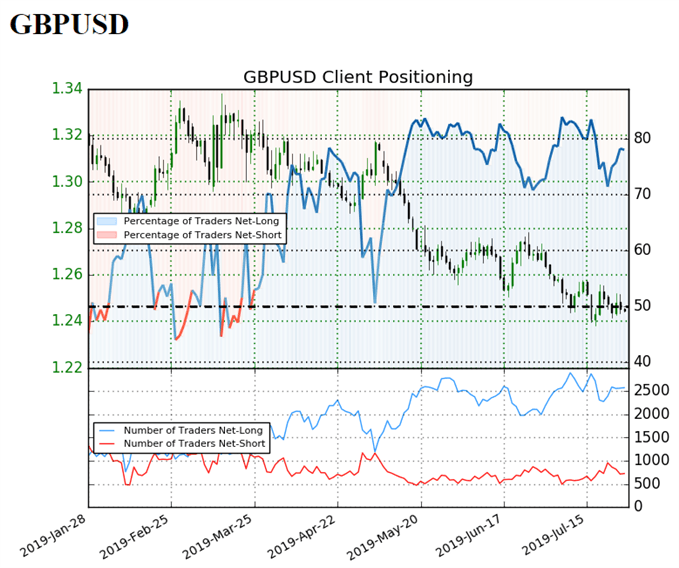 The IG Client Sentiment Report shows 78.0% of traders are still net-long GBPUSD compared to 75.8% earlier this week, with the ratio of traders long to short at 3.54 to 1.

In fact, traders have remained net-long since May 6 when GBPUSD traded near the 1.3100 handle even though price has moved 5.0% lower since then. The number of traders net-long is 0.5% higher than yesterday and 11.5% higher from last week, while the number of traders net-short is 10.7% lower than yesterday and 5.6% lower from last week.

The recent decline in net-short interest points to profit-taking behavior as GBP/USD trades near the monthly-low (1.2382), but the ongoing tilt in net-long position offers a contrarian view to crowd sentiment as the exchange rate tracks a bearish trend, with the Relative Strength Index (RSI) highlighting a similar dynamic.