Market movements can be unpredictable, and the stop loss is one of the few mechanisms that traders have to protect against excessive losses in the forex market. Stop losses in forex come in different forms and methods of application. This article will outline these various forms including static stops and trailing stops, as well as highlighting the importance of stop losses in forex trading.

What is a stop loss?

A forex stop loss is a function offered by brokers to limit losses in volatile markets moving in a contrary direction to the initial trade. This function is implemented by setting a stop loss level, a specified amount of pips away from the entry price. A stop loss can be attached to long or short trades making it a useful tool for any forex trading strategy.

Why is a stop loss order important?

Stops are critical for a multitude of reasons, but it can really be boiled down to one thing: we can never see the future. Regardless of how strong the setup might be, or how much information might be pointing in the same direction – future currency prices are unknown to the market, and each trade is a risk.

In the DailyFX Traits of Successful Traders research, this was a key finding – traders actually do win in many currency pairs the majority of the time. The chart below shows some of the more common pairings. 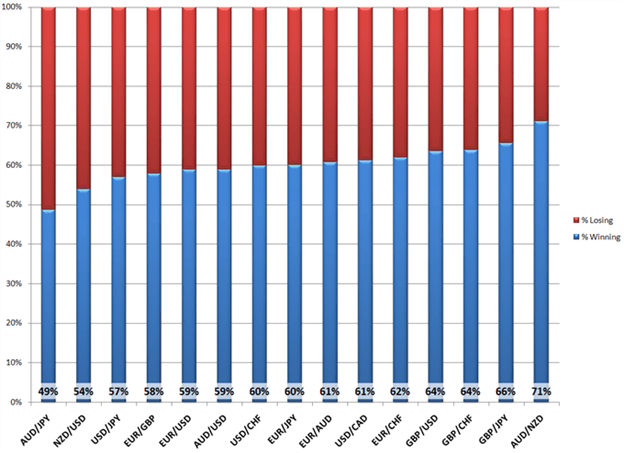 As you can see, traders were successfully winning more than half the time in most of the common pairings, but because their money management was often bad they were still losing money on balance. 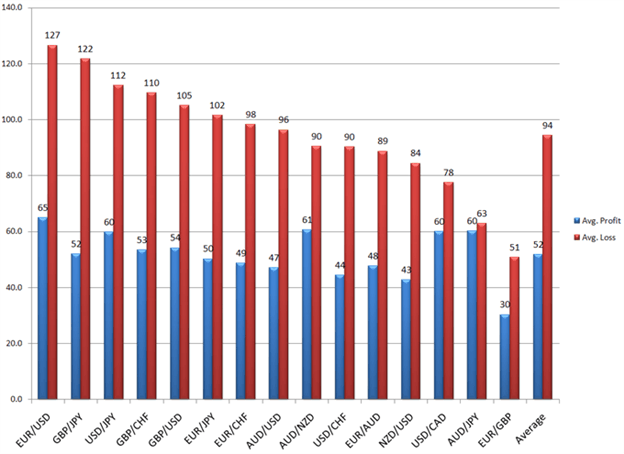 In the article Why do Many Traders Lose Money, David Rodriguez explains that traders can look to address this problem simply by looking for a profit target at least as far away as the stop-loss. That is, if a trader opens a position with a 50 pip stop, look for – as a minimum – a 50 pip profit target.

This way, if a trader wins more than half the time, they stand a good chance at being profitable. If the trader is able to win 51% of their trades, they could potentially begin to generate a net profit – a strong step towards most traders’ goals.

Below are five strategies to apply in your forex trading when placing stop loss orders:

Traders can set forex stops at a static price with the anticipation of allocating the stop-loss, and not moving or changing the stop until the trade either hits the stop or limit price. The ease of this stop mechanism is its simplicity, and the ability for traders to ensure that they are looking for a minimum one-to-one risk-to-reward ratio.

For example, let’s consider a swing-trader in California that is initiating positions during the Asian session; with the anticipation that volatility during the European or US sessions would be affecting their trades the most.

This trader wants to give their trades enough room to work, without giving up too much equity in the event that they are wrong, so they set a static stop of 50 pips on every position that they trigger. They want to set a profit target at least as large as the stop distance, so every limit order is set for a minimum of 50 pips. If the trader wanted to set a one-to-two risk-to-reward ratio on every entry, they can simply set a static stop at 50 pips, and a static limit at 100 pips for every trade that they initiate.

2. Static Stops based on Indicators

Some traders take static stops a step further, and they base the static stop distance on an indicator such as Average True Range. The primary benefit behind this is that traders are using actual market information to assist in setting that stop.

If the market is quiet, 50 pips can be a large move and if the market is volatile, those same 50 pips can be looked at as a small move. Using an indicator like average true range, or pivot points, or price swings can allow traders to use recent market information to more accurately analyze their risk management options. 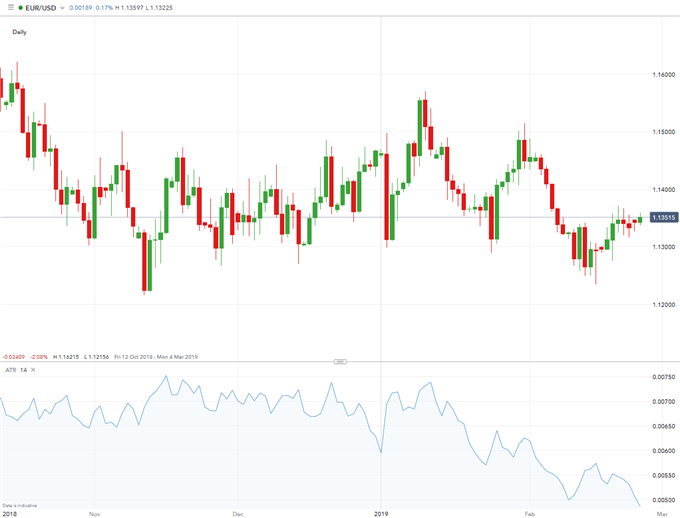 We walk through such a mechanism in our article on Managing Risk with ATR (Average True Range).

For traders that want the upmost control, forex stops can be moved manually by the trader as the position moves in their favor.

The chart below highlights the movement of stops on a short position. As the position moves further in favor of the trade (lower), the trader subsequently moves the stop level lower. When the trend eventually reverses (and new highs are made), the position is then stopped out. 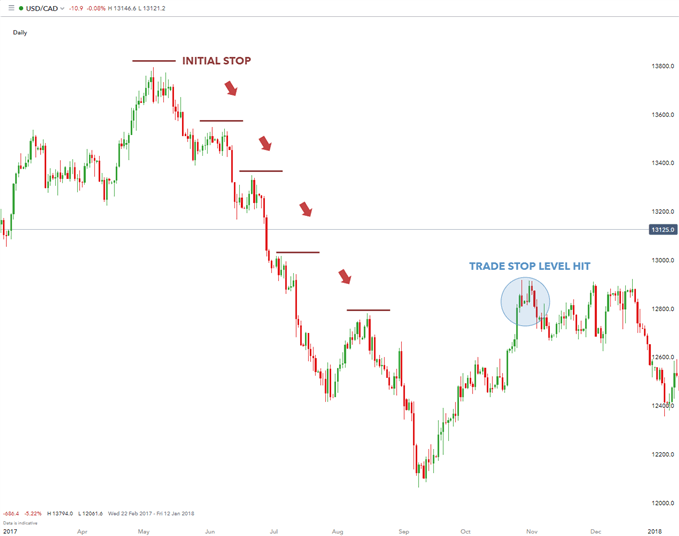 Take a look at Trading Trends by Trailing Stops with Price Swings for more information on how to implement the trailing stop.

Static stop losses can bring vast improvement to a new trader’s approach, but other traders use stops in a different way to further maximize their money management.Trailing stops are stops that will be adjusted as the trade moves in the trader’s favor, in an attempt to further mitigate the downside risk of being incorrect in a trade.

This does a few things for the trader: It moves the stop to their entry price, also known as ‘break-even’ so that if EUR/USD reverses and moves against the trader, at least they won’t be faced with a loss as the stop is set to their initial entry price.

This break-even stop allows the trader to remove their initial risk in the trade.After which, the trader can look to place that risk in another trade opportunity, or simply keep that risk amount off the table and enjoy a protected position in their long EUR/USD trade. 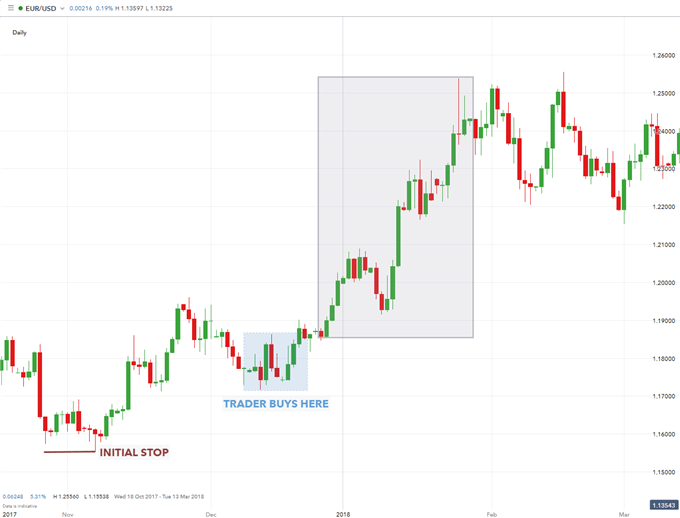 Traders can also set trailing stops so that the stop will adjust incrementally. For example, traders can set stops to adjust for every 10 pip movement in their favor.

Fixed Trailing stops adjust in increments set by the trader

If the trade reverses from that point, the trader is stopped out at 1.3070 as opposed to the initial stop of 1.3050; a savings of 20 pips had the stop not adjusted.

Further reading to improve your forex trading skills and confidence