The Dollar put itself into a position for a potential critical breakdown that could redefine its medium to long-term trend from the productive bullish climb of 2022 into a progressive retreat from multi-decade highs. USDJPY is perhaps the most extreme cross to reference amid the reversal risk considering that its brief rally above 150 a few months back represented a push to four decades highs and was drawing out the desperation of Japanese policy officials looking to prop up the Yen. Yet, interest rate expectations continue to drive the Dollar’s benefit higher while enough stability in the financial system pushed Japanese investors to find positive returns outside of the country’s borders. The shift that has come down seems to be rooted in a trading off influence of cooling US rate forecasts and some slips in risk appetite trends, trading places strategically. The critical break of 145 seems to have been heavily inspired by the CPI release on November 10th which cooled hike forecasts while the breach last week below 137.50 followed Jerome Powell’s comments. The rebound we have experienced to start this week comes after the improved backdrop of the ISM service sector report, but we are still below the former support which can stage it as current resistance. 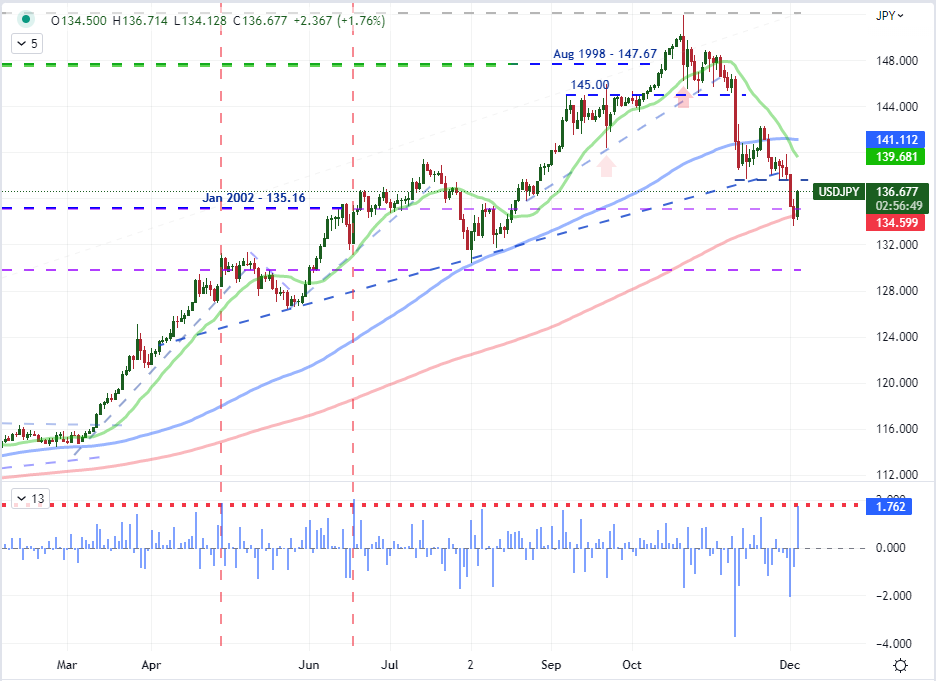 If we look back into recent history there were outsized single-day rallies from USDJPY back in June and May which are close to the scale of the 1.7 percent rally seen midday today. In the case of the June charge, the scenario is very similar to the sentiment assessed now in the pair. We had tested the previous swing high around 135 set back in January of 2002 and were subsequently retreating off that high. It looked like a possible long-term hold of a key level. And yet, the June 17th charge dashed that assumption with a drive above to readily clear the resistance and push us to levels not seen in decades. The difference now to that period is that we have seen a far more productive reversal from structural highs. There is still significant support in the rough 200-day SMA, but the implications of broadening rate expectations differentials are cooling as the market is seeing the end of the Fed’s tightening cycle sometime in 2023. Should volatility add to this picture in December (‘risk aversion’) it will add to the unwinding of the tepid carry trade that has been driven through this year. 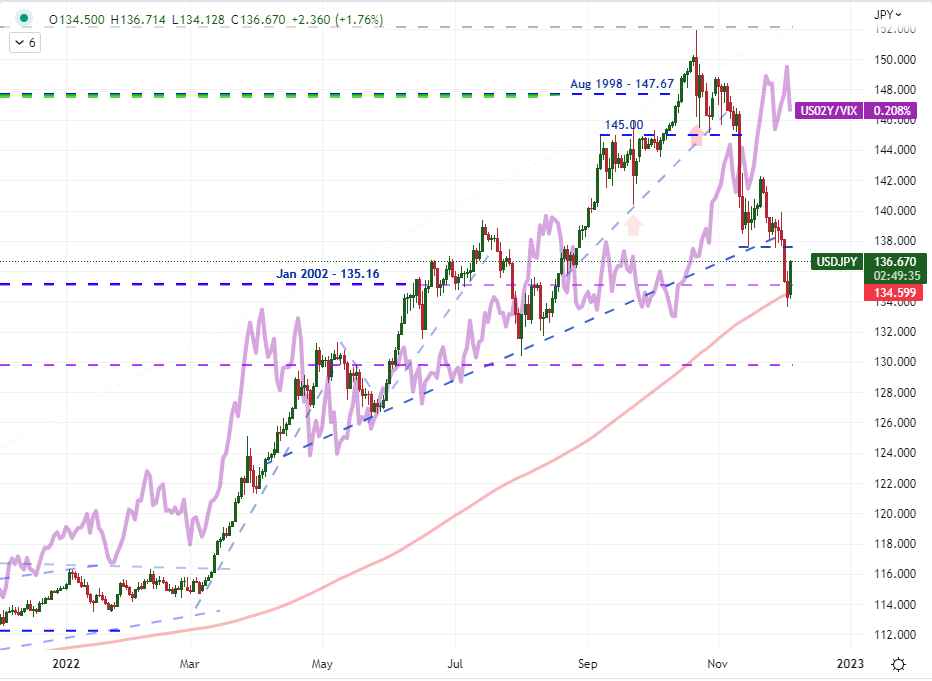 Looking to speculative positioning behind USDJPY, there is an appetite for the short-term recovery view. Retail traders tend to look for distinct levels and are frequently approaching the market as if it is on the verge of major reversal – the group overall is poor when it comes to prevailing trends. Nevertheless, the IG Client Sentiment figures behind USDJPY show the first flip to net positive positioning in over a year for the cross. It will be important to monitor the technical levels higher and lower as retail traders will respond to these figures – the previous support at 137.50 and the 200-day SMA at 134.50. 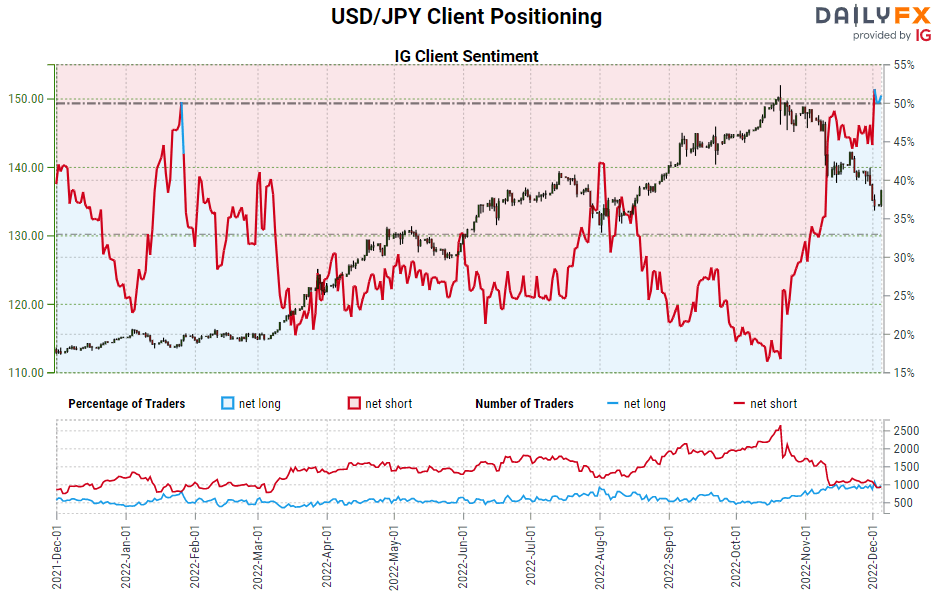