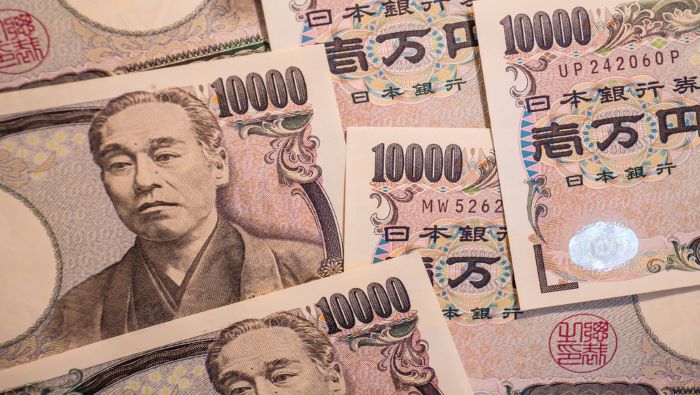 USD/JPY struggles to retain the advance following the stronger-than-expected US Consumer Price Index (CPI) as the Relative Strength Index (RSI) falls back from overbought territory, and the exchange rate may consolidate ahead of the Federal Reserve meeting amid the failed attempt clear the monthly high (144.99).

USD/JPY appears to be stuck in a defined range as it pulls back from the weekly high (144.96), but the Federal Open Market Committee (FOMC) interest rate decision on September 21 may influence the near-term outlook for the exchange rate as the central bank is widely expected to deliver another 75bp rate hike. 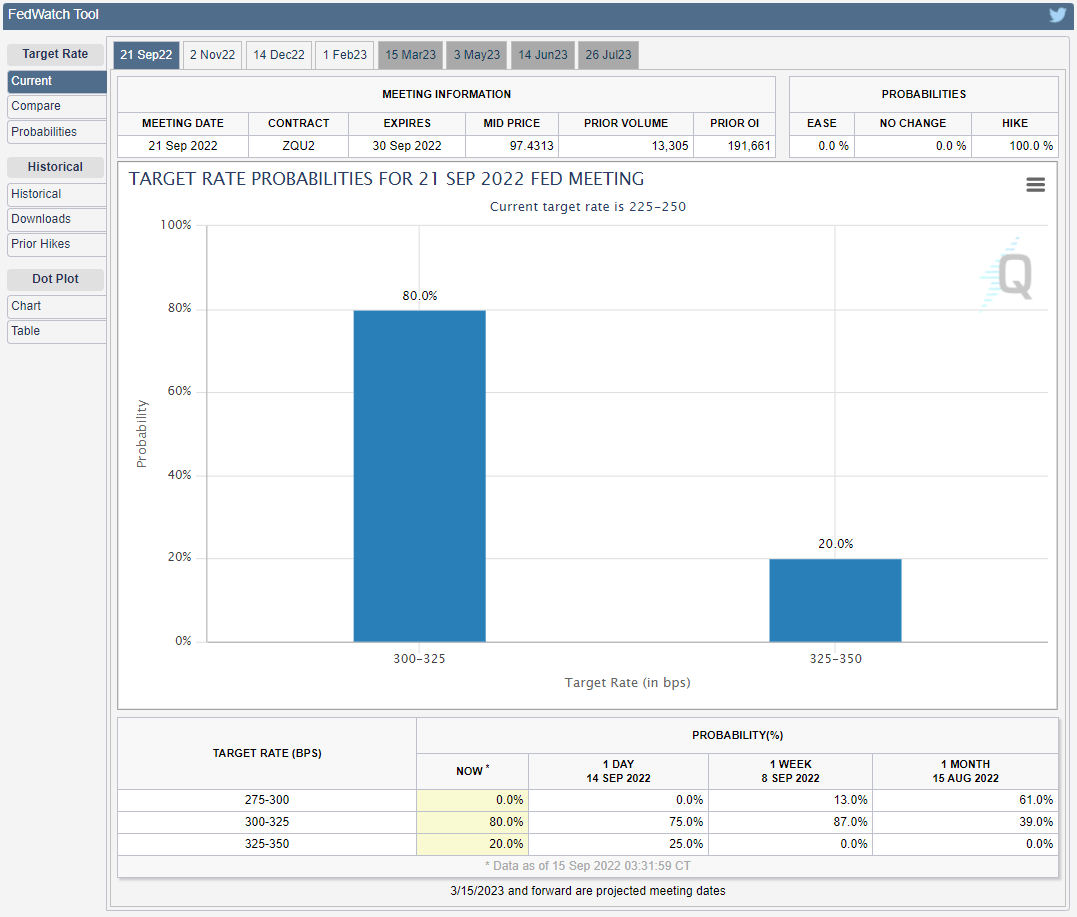 In fact, the CME FedWatch Tool reflects a 100% probability of seeing the Fed Funds rate increase to a fresh threshold of 3.00% to 3.25%, with the data also showing a 20% chance for a 100bp rate hike as the central bank plans to carry out a restrictive policy.

As a result, fresh forecasts from Fed officials may largely influence USD/JPY as the central bank is slated to update the Summary of Economic Projections (SEP), and it remains to be seen if Chairman Jerome Powell and Co. will project a steeper path for US interest rates as the central bank struggles to curb inflation.

Until then, the diverging paths between the FOMC and Bank of Japan (BoJ) may keep USD/JPY afloat as Governor Haruhiko Kuroda and Co. looks poised to retain the easing-cycle at the next meeting on September 22, while the tilt in retail sentiment looks poised to persist as traders have been net-short the pair for most of the year. 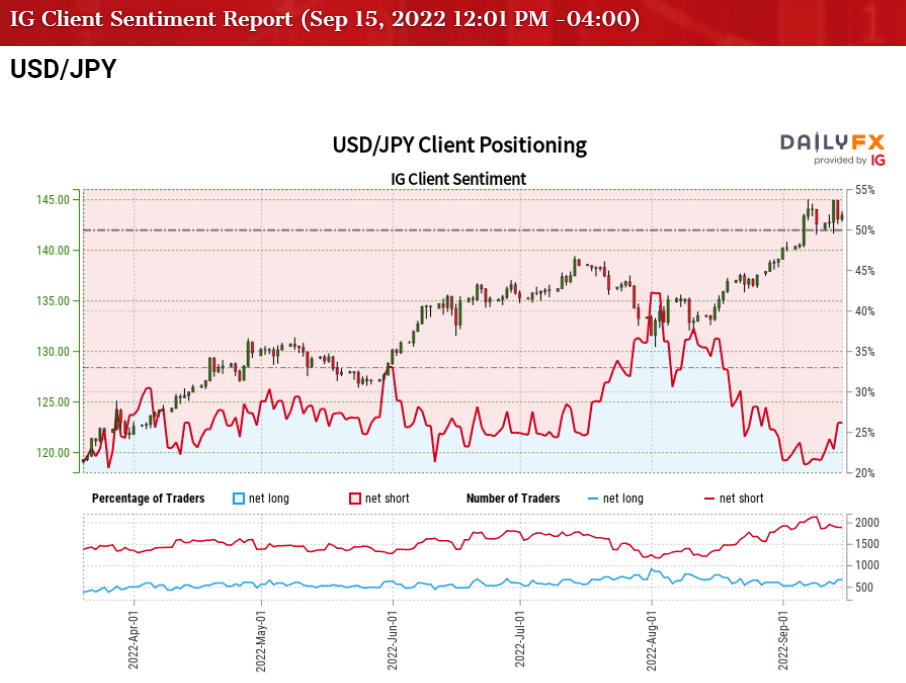 The IG Client Sentiment report shows 26.55% of traders are currently net-long USD/JPY, with the ratio of traders short to long standing at 2.77 to 1.

The number of traders net-long is 8.79% higher than yesterday and 19.69% higher from last week, while the number of traders net-short is 1.48% higher than yesterday and 7.70% lower from last week. The rise in net-long interest has helped to alleviate the crowding behavior as only 24.94% of traders were net-long USD/JPY earlier this week, while the decline in net-short position comes as the exchange rate appears to be stuck in a defined range.

With that said, USD/JPY may consolidate following the failed attempt to test the monthly high (144.99), but the exchange rate may continue to track the positive slope in the 50-Day SMA (137.43) if it clears the opening range for September. 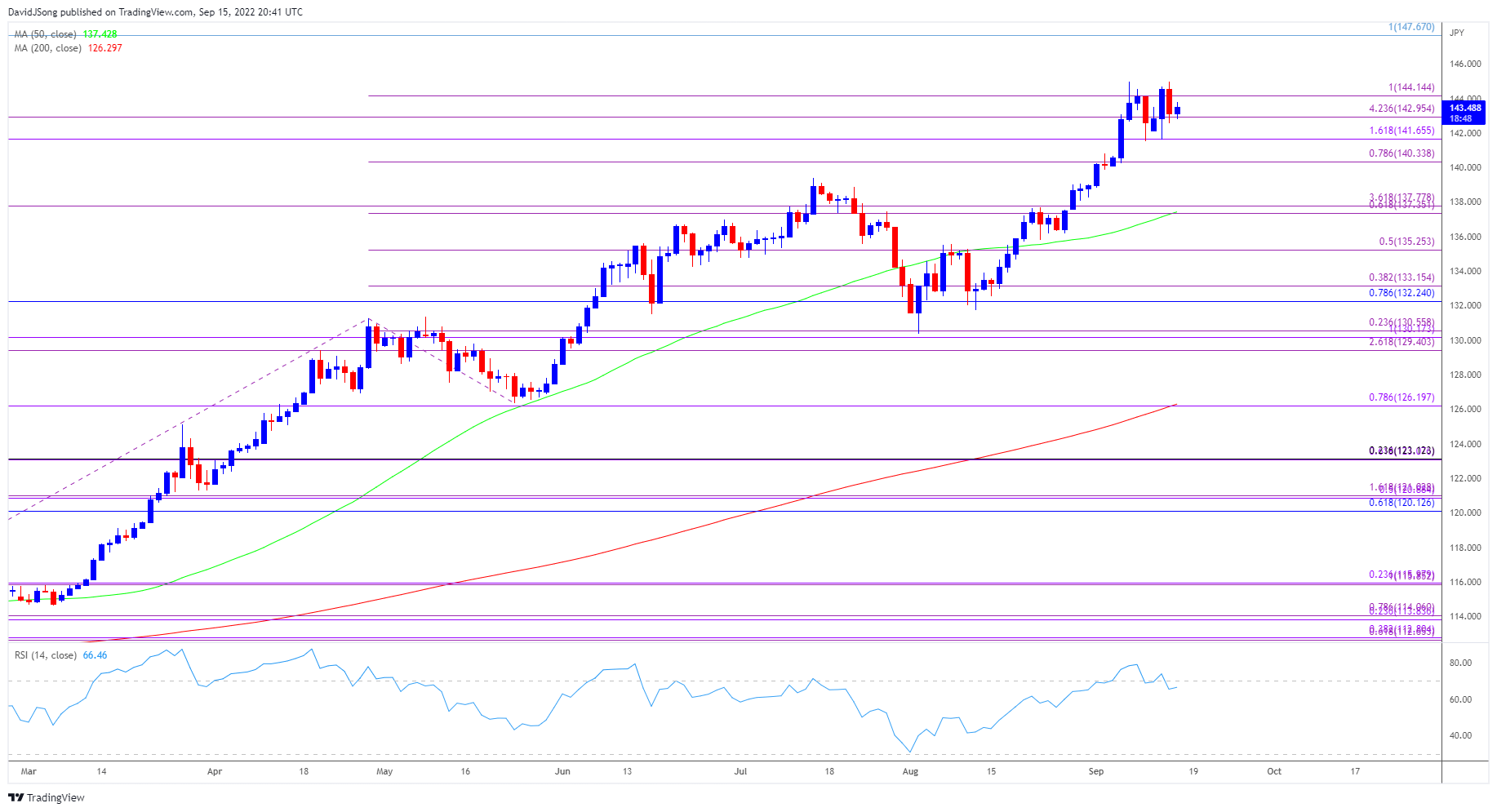