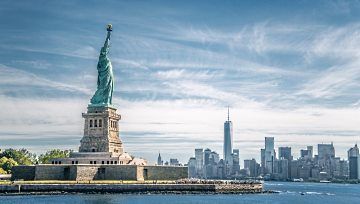 US Dollar Languishes in the Aftermath of US CPI and Ahead of the Fed. New Lows for USD?

The US Dollar tanked after a soft CPI number gave the market hope of an end to hawkishness from the Federal Reserve when they meet later today Where to for the DXY (USD) index?

The US Dollar clawed back some of the overnight losses in the Asian session. The prospect of a less hawkish Federal Reserve has been spurred on by yesterday’s data and sent the DXY (USD) index to a six-month low.

Headline US CPI was 7.1% year-on-year to the end of November rather than the 7.3% forecast. It remains well above the Federal Reserve’s inflation target of around 2%.

An easing of price pressures has led to speculation of the Fed stepping back from its tough tightening stance going into 2023. Treasury yields tumbled on the news with the benchmark 2-year note trading below 4.15% after trading at 4.44% earlier in the session.

A 50 basis point (bp) lift is widely anticipated by the Fed later today. The focus of the Federal Open Market Committee (FOMC) meeting will be on the language from Fed Chair Jerome Powell in the post-announcement press conference.

Aside from the Fed, the European Central Bank (ECB) and the Bank of England (BoE) will also be deciding on rates on Thursday. UK CPI today could impact the BoE’s deliberations.

APAC equities are mostly flat or slightly firmer after a solid lead from Wall Street in the aftermath of a relatively benign CPI print.

China delayed an economic forum meeting in Beijing due to increasing Covid-19 infections in the city. It highlights some of the hurdles that lie ahead for a re-opening of China.

Crude oil is slightly softer so far today with the WTI futures contract near US$ 75 bbl while the Brent contract is a touch above US$ 80 bbl. Gold has held onto overnight gains, trading near US$ 1,810.

Japan’s Tankan survey was mildly soft but Japanese core machines orders beat expectations coming in at 5.4% month-on-month for October. The Japanese Yen is one of the few currencies to make ground against the US Dollar today.

Alongside UK CPI and the Fed rate decision, several inflation gauges across Europe will be released. China will see a plethora of data on Thursday.

The DXY index sunk overnight but was unable to move below the June lows and the 260-day simple moving average (SMA) in the 103.42 – 103.67 zone. That area might continue to provide support. 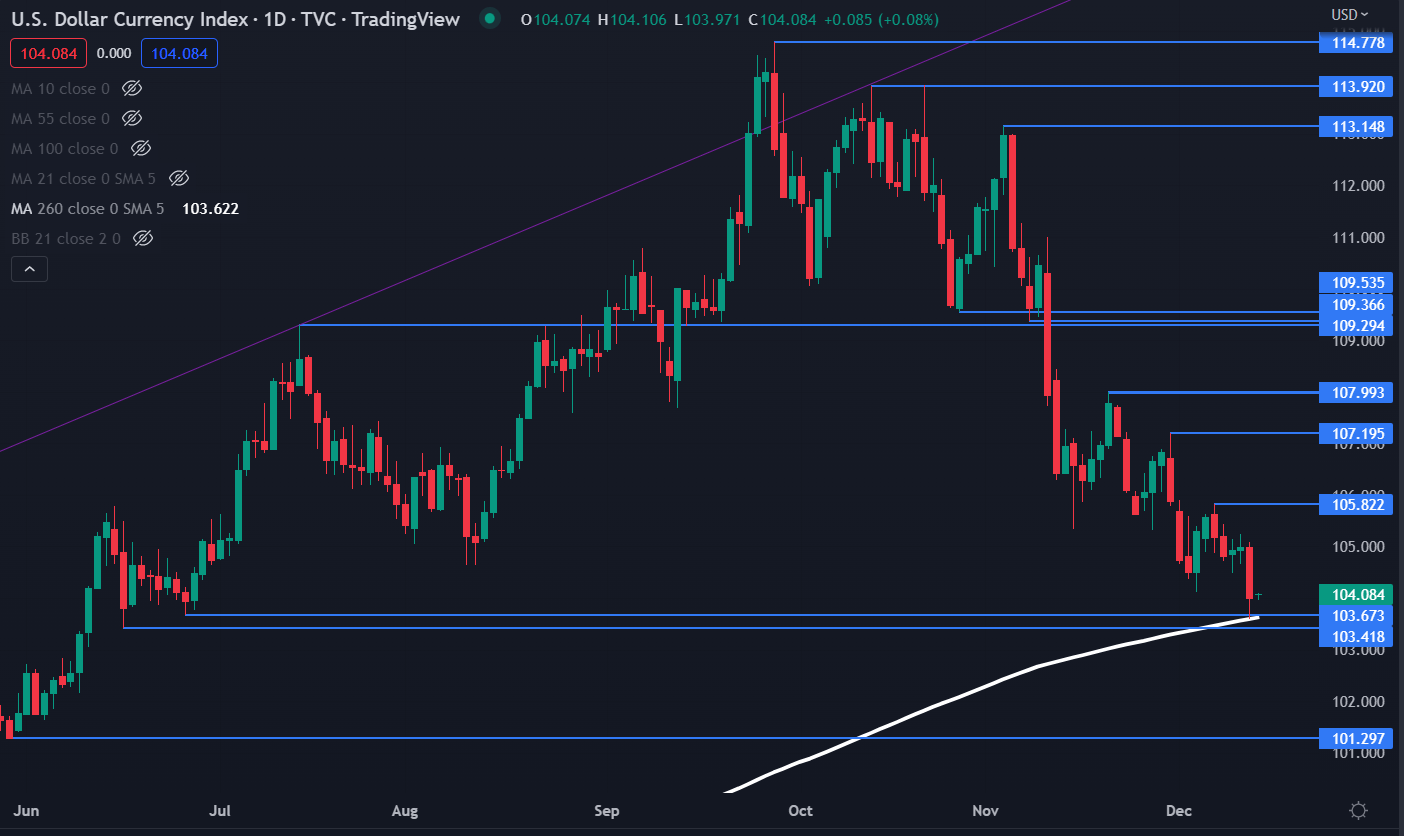