Asia-Pacific Market Briefing – Are Markets Setting up for Volatility After the Fed?

The Federal Reserve came and went, leaving financial markets to digest what Chair Jerome Powell could have in store next year. At a first glance, the market reaction was rather mute. The US Dollar cautiously weakened as gold prices aimed slightly higher. Stock markets were cautiously pessimistic, with the S&P 500 down about 0.6%. Meanwhile, the Japanese Yen was mostly flat.

Meanwhile, the market sees 3.818%, 2.651% and 2.49%, respectively. If you look at the spread, the difference for each year arrives at +130, +147 and +63 basis points, respectively. In other words, the central bank is more hawkish than the market. This might be a problem for the Fed down the road considering it failed to convince markets about how rates might shape up in 2023.

If the central bank’s objective is to bring inflation down to target, and the market expects a more rapid pivot, that risks bringing up CPI expectations in the long run as markets look ahead of the pivot. Put another way, traders seem to be pricing in a hard landing while the Fed seems to be sticking to the soft landing. In the end, only one side will be right, and that is a recipe for volatility down the road.

The Market Continues to Diverge from Fed Projections 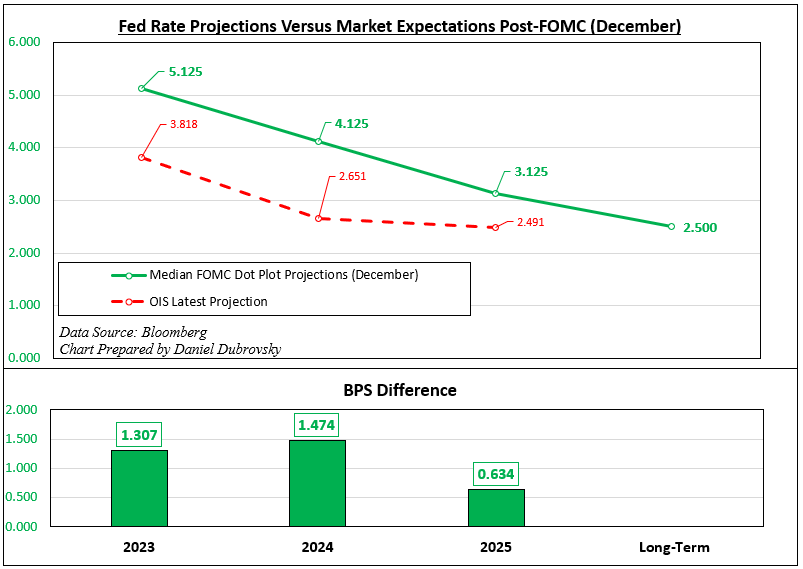 Thursday’s Asia-Pacific docket has a couple of notable economic event risks. The first is November’s Australian jobs report for AUD/USD. The country is expected to add 19k positions compared to 32.2k in October. A stronger-than-expected print could boost hawkish Reserve Bank of Australia policy expectations. Then, AUD/USD will be eyeing Chinese industrial production and retail sales figures. Australia is China’s largest trading partner. As such, economic performance in the latter often implies a knock-on impact on the former.

USD/JPY continues to pressure the 78.6% Fibonacci retracement level at 135.007 in the aftermath of the Fed rate decision. A confirmatory breakout would open the door to downtrend resumption, placing the focus on the 130.39 – 131.73 support zone from August. Meanwhile, the falling trendline from October seems to be maintaining the near-term downside focus. Clearing above the latter may open the door to uptrend resumption. 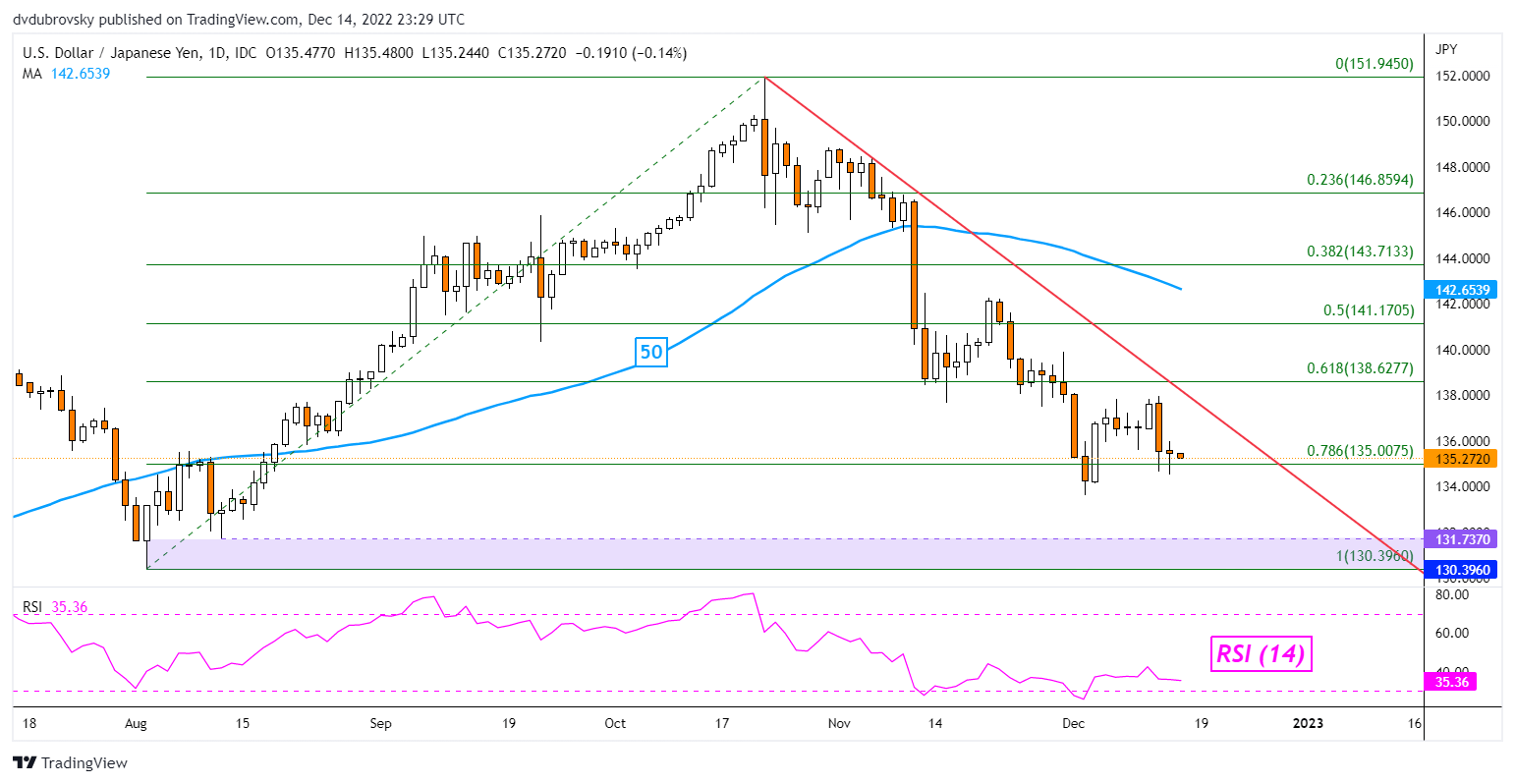