The FOMC didn’t disappointed for volatility. The Dollar has rallied and risk-leaning assets like the S&P 500 have sunk after the central bank announced a 50 basis point hike to a range of 4.25 – 4.50 percent. On the one hand, this is a slow down from the previous four meetings’ pace of 75 bp hikes – a historical run of tightening. However, the relief that may have offered those concerned about tighter financial conditions have likely already priced in the impact the news would have had. That made the more important element of the event the updated forecasts for growth, inflation, employment and interests rates in the so-called Summary of Economic Projections. 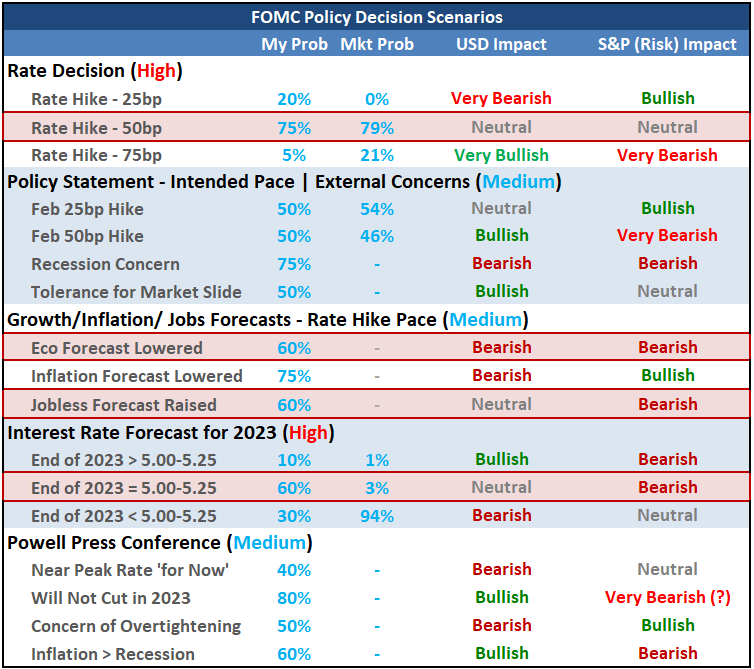 Taking a look at the updated forecasts from the central bank, the interest rate forecast was of principal concern. Though officials have warned that their outlook for the terminal rate would be raised, the markets have been running a rate forecast discount through Fed Fund futures. The increase in the 2023 year-end rate from 4.6 to 5.1 percent was higher than the market had afforded in its presumed ‘terminal rate’ was notably around 4.8 percent according to the June 2023 Fed Fund futures contract as of last night after the US CPI release. Further, despite the deeper drop in the consumer inflation report Tuesday, the PCE deflator forecast (the Fed’s preferred inflation measure) was actually revised higher from 2.8 percent to 3.1 percent in 2023. On the economic front, the real GDP forecast for next year was cut down from 1.2 percent to 0.5 percent while the unemployment rate was raised from 4.4 to 4.6 percent. 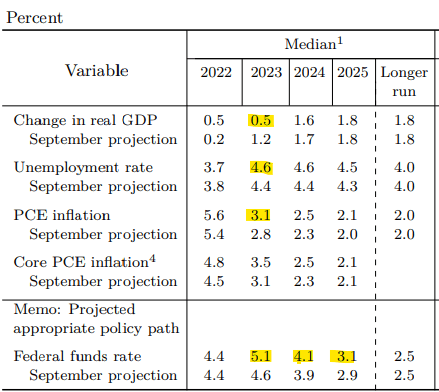 Table from the Federal Open Market Committee’s Summary of Economic Projections for December 14, 2022

A combination of tighter financial conditions and a greater impact on the US economy was net negative for risk leaning assets. The S&P 500 emini futures contract dropped as much as -1.7 percent in the 10 minutes after the release. There aren’t a lot of technical levels in the vicinity of this interim low. It is in fact comfortably in the middle of its range. 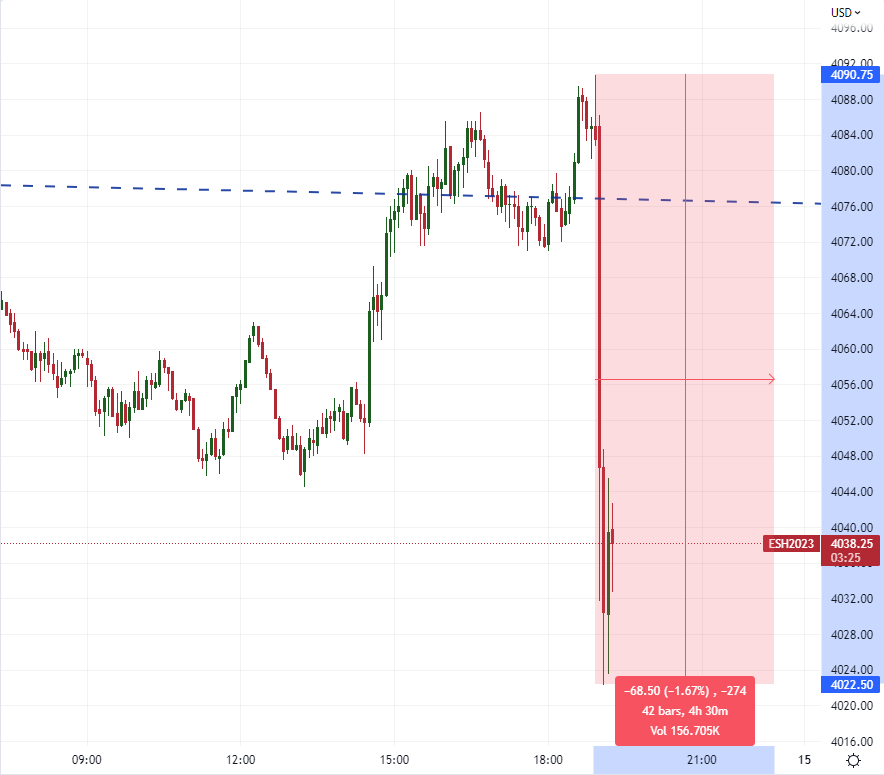 Compared to the pain that the US equity market suffered after the central bank announcement, the relief for the US Dollar was more reserved. The benchmark EURUSD dropped as much as -0.5 percent after the news. Not only was the move less ‘severe’, but it would begin retracing more quickly and readily. Notably, though rate forecasts seemed to have eased in Fed Fund futures, the forecasts haven’t drifted that far from the ultimate terminal rate. With the other major central banks still in the process of finding their own peak rates (ECB and BOE decisions are tomorrow), the relative value for the Greenback is less charged. 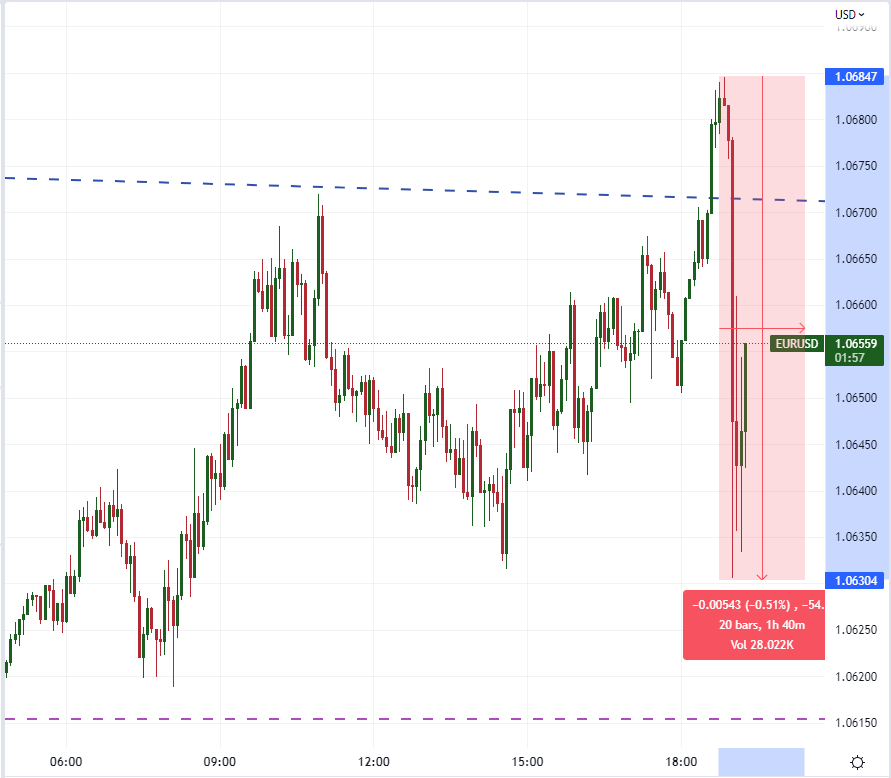