USD/CAD attracted buyers below the 1.3600 handle with the support area around 1.3580 holding firm. The Canadian retail sales data were positive for October with growth of 1.4% while the advanced estimate for November hinted at a further economic slowdown ahead of 2023. 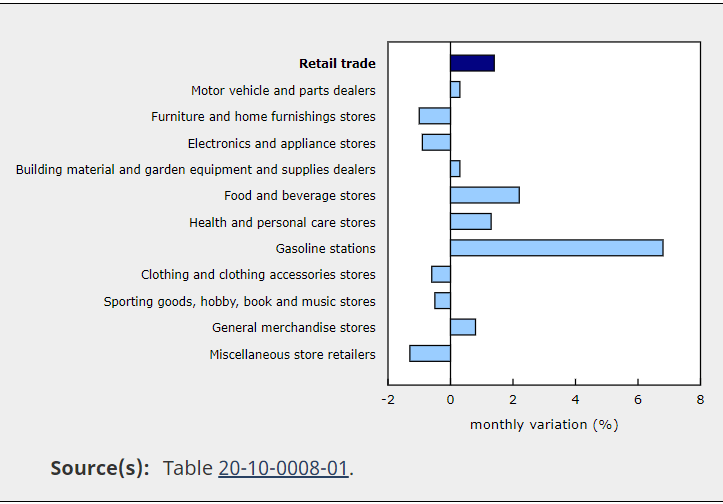 Yesterday’s advanced data out of Canada (November estimate) provided a further sign of an economic slowdown as Canadian retail sales decreased 0.5% in November. Statistics Canada was keen to point out that this is an advanced estimate and may be revised. A worry for the Bank of Canada remains the increases in food and beverage prices for October with food purchased from stores having risen 10.1% on a YoY basis, continuing to outpace the all-items CPI growth for an 11th consecutive month. The increase in food and beverage prices could hint at inflation becoming more entrenched within the economy which could halt the BoC’s dovish pivot.

The Bank of Canada and the US Federal Reserve are set for some policy divergence given the rhetoric at their recent Central Bank meetings. The Fed are set to continue hiking rates into 2023 while the BoC provided a more dovish outlook, citing recessionary concerns. This leaves the CAD vulnerable as 2023 approaches with the recent decline in oil prices not helping matters.

The Economic calendar provide a bit of a jolt today with Canadian inflation data followed by the US CB consumer confidence numbers. The hope is that Canadian inflation in particular could serve as a catalyst for the pair and inject some measure of volatility. Barring a catalyst there is a possibility we remain within the confines of the ascending wedge channel heading into 2023.

From a technical perspective, USD/CAD has been trading within a 200-pip range for the last 2 weeks between the 1.3500 and 1.3700 handle. At the same time, we have a rising wedge pattern in play since early November which remains key with markets attempting a break higher yesterday. The lack of liquidity has been visible this week with many instruments unable to hold onto intraday gains and losses as markets simmer down ahead of the holiday break. As long as the wedge pattern remains active, we could be in for some consolidation with the hope of a breakout resting on a catalyst by the Canadian inflation data out later in the day. A break lower than immediate support at 1.3582 could result in a push toward the 20-day MA or the lower band of the rising wedge pattern around the 1.3550 handle.

IGCS shows retail traders are currently SHORT on USD/CAD, with 52% of traders currently holding SHORT positions. At DailyFX we typically take a contrarian view to crowd sentiment, and the fact that traders are SHORT suggests that USD/CAD may continue to rise.