Crude oil is steady through the Asian session today after slipping overnight in a broad risk-off environment. Nonetheless, it is heading toward a gain over the week.

The WTI futures contract is near US$ 76 bbl while the Brent contract is a touch above US$ 81 bbl.

The European Central Bank (ECB) jacked rates by 50 basis points (bps) as anticipated. Although the hike was less the 75 bps previously, the sentiment was soured by the bank making the case that rates will need to go higher than where the market is currently pricing them.

Quantitative Tightening (QT) is also set to begin in January to rein in uncomfortably high inflation. ECB President Christine Lagarde maintained that the inflation target of 2% remains the focus for the bank.

US retail sales were a miss enabling the US Dollar to rally hard on Thursday on recession risks. It has given up some gains so far today. The Japanese Yen and New Zealand Dollar have been the best performers throughout the Asian day.

The British Pound is up a small amount today after yesterday’s 50 bps hike by the Bank of England couldn’t stop it from dipping lower.

The 2s 10s Treasury yield inverted further again yesterday but has clawed back a couple of bps today, trading near -0.77 bps. The 1-year note is back above 4.70%.

Hong Kong’s Hang Seng and mainland China’s CSI 300 indices appeared to gain some tailwinds from the prospect of a re-opening, overcoming US sanctions on companies supplying chips to Beijing.

Gold is little change from the New York close, trading near 1,780 at the time of going to print.

Euro-wide CPI will be released later and many PMI figures are due out for many developed economies.

WTI crude oil slipped lower today after being unable to overcome the 21-day simple moving average (SMA) yesterday when it made a high of 77.77. That level may offer resistance. 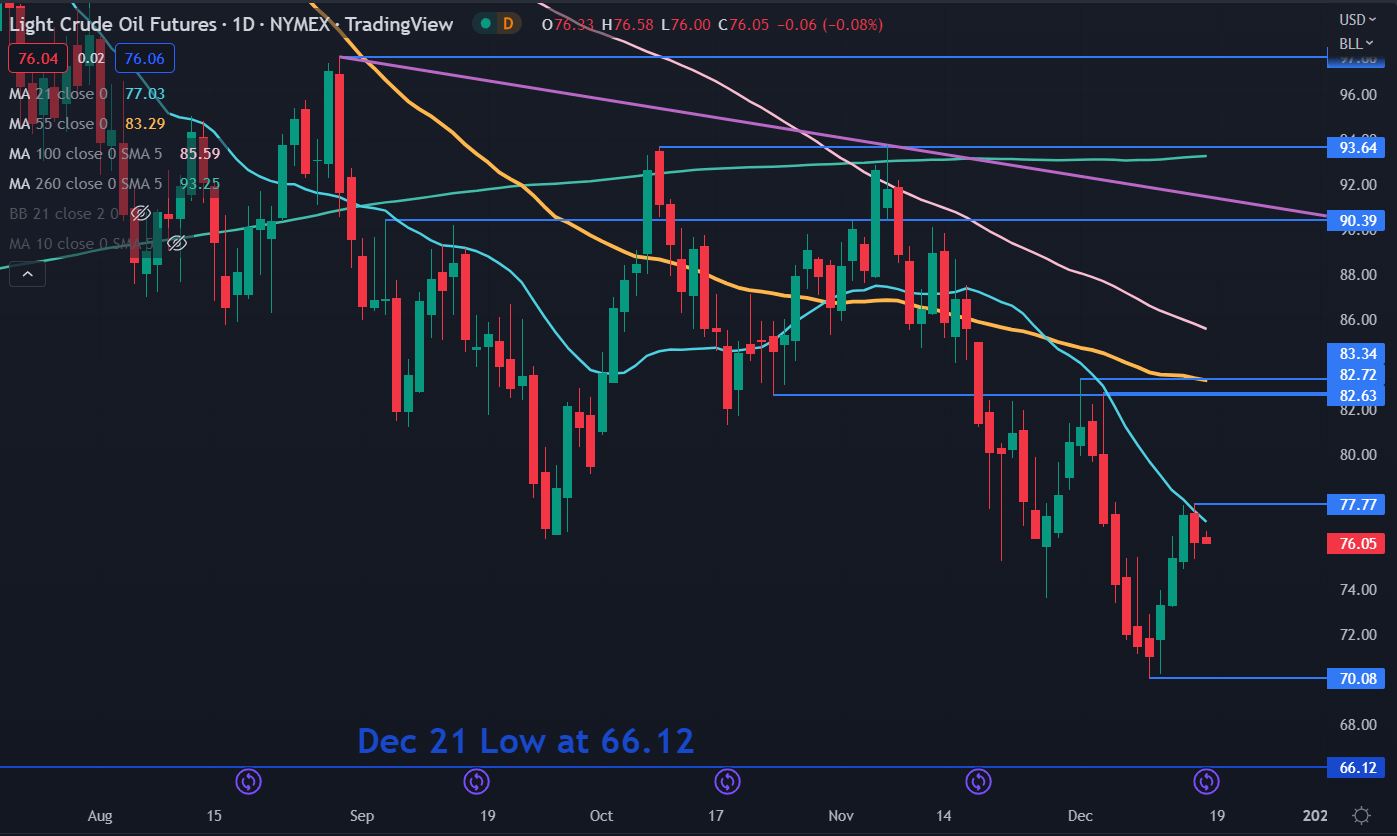