Elliott Wave Patterns Point to Softening US Dollar and SP 500

The pivot towards US Dollar weakness late last week suggests that trend may continue in the near term pushing EURUSD higher. US equities like SP 500 have bounced to keep the bullish trends alive, though they are severely hampered.

The video above is a recording of a US Opening Bell webinar from November 5, 2018. We focused on the Elliott Wave and patterns for key markets such as US Dollar Index, EURUSD, USDJPY, SP 500, Dow Jones, NASDAQ, and Oil.

US Dollar Index (DXY) pivoted last week near the highs from August. As the September to October up trend was in three waves, we are counting this as a (b) wave of a larger Elliott wave corrective pattern...possibly a flat or triangle.

Under the flat or triangle scenario, DXY may continue to dip this week towards the September low near 94. An abbreviated correction that makes it only to around 95 may tip off that an Elliott wave triangle scenario is playing out. 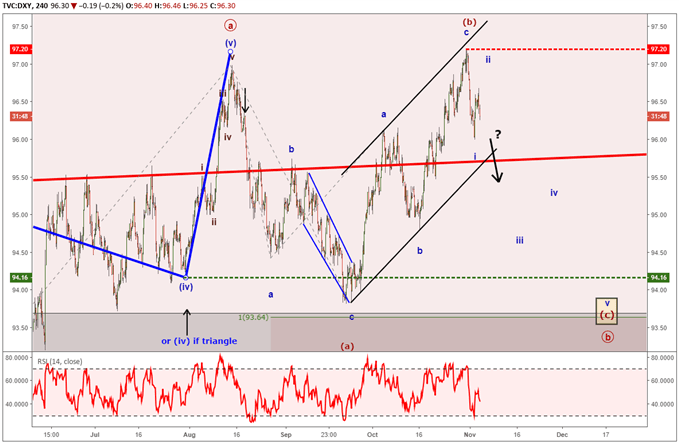 Last week, we wrote how the EURUSD Elliott wave forecast points towards a temporary correction. Well, the move lower stopped a day later on October 31. EURUSD has not risen far enough to confirm a near term bottom is in place, though the rise is taking the shape of a bullish Elliott wave 5-3 pattern.

We cannot identify with certainty if the rise of the proposed (c) wave is part of a flat or triangle pattern. Both patterns imply a similar outcome in that after a move higher, EURUSD is likely to test 1.13 again.

A break above last week’s high in EURUSD will offer more confirmation of a bullish move. Intraday traders may consider that to be a tradeable opportunity. A move below 1.1359 suspends the bullish forecast. 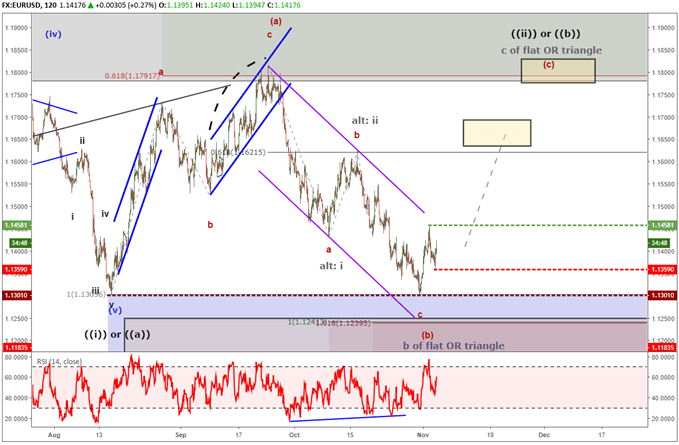 Though SP 500 did come back on last Monday with another temporary break, prices have aggressively rallied. The bullish pattern is still alive but hanging by a thread. That is to say, last week’s low was wave ii of 5. A break above 2941 confirms this wave count.

However, the bearish wave picture is still valid too. The bearish Elliott wave count is that last week’s low was wave (i) of a new bear trend and the current rally is wave (ii). This would imply a partial retracement higher that holds below 2941 on route to a break down below 2550 and possibly to 1800. As we have outlined in the past webinars, this is a very bearish pattern to which 2550 is the critical level for bulls. 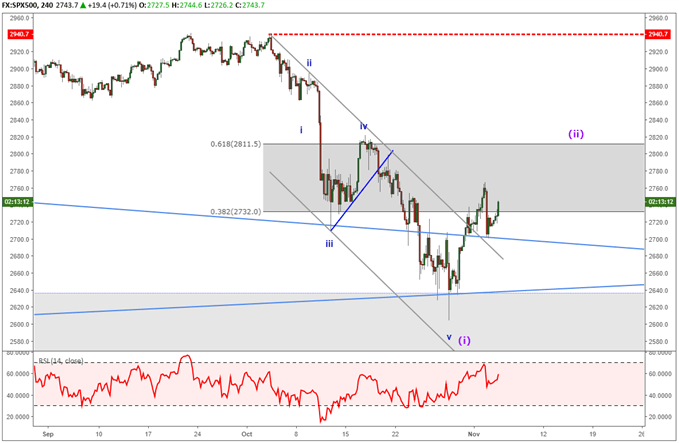