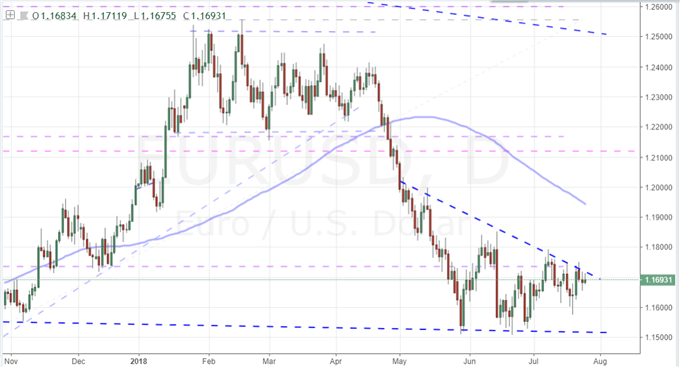 From Secondary to Front-and-Center

Recently, the Euro has been relegated to after thought when establishing trade setups in the FX markets. Amongst the majors, the Dollar has positioned itself in the middle of so many high profile fundamental themes - from trade wars to risk trends - as seems the habit of the country's president. The Yuan has earned itself a spot on most traders' radars due to its unwanted place on the trade war checklist. With Brexit a constant nagging uncertainty, the Pound too has found itself manipulated by fundamental theme even if that tending hasn't resulted in the most productive trend development. Against this steady hum of fundamental consistency, it is easy to understand why the Euro would be relegated to the backdrop over the past weeks. However, that is may very well change in the second half of this week. Ahead, we will take in high level event risk that will touch upon trade wars, monetary policy, growth trends and even risk trends - all from the Euro's perspective. With the right (or 'wrong', depending on your perspective) outcome, we may find the world's second most liquid currency its most important player. Beware EURUSD and the other key Euro crosses, but don't be surprised if the fundamental concerns for this particular currency and region suddenly turn out to be global speculative fodder.

At the moment, the top global fundamental theme for the markets is the evolution of trade wars. That said, much of the progress on this economic competition has centered on the rapidly escalating threats between the United States and China. From a $50 billion tariff that the US announced ($34 billion of which is currently in effect), we have found China immediately implement a like-for-like response. What followed was a threat by President Trump that a $200 billion tax on Chinese imports was being considered - likely to overwhelm the capacity of the counterpart's government to adapt to pressure. Last week's rumination on tariffs for all Chinese imports (roughly $505 billion) raised the stakes to extreme levels. Yet, as large as the numbers being bandied about are, there is always a caveat in this global threat. China is not an open economy nor market. The spill over will not happen as readily as many expect. Yet, if the catalyst for global crisis were to originate between the US and the European Union, the situation would be materially different. These are not only the two largest aggregate economies in the world, but their systems are 'open' - which is beneficial in flush times but detrimental should panic start to spread across borders. Trump is due to meet with the EU President Jean-Claude Juncker and Trade Minister Cecilia Malmstrom. If there is a favorable outcome for all involved, it would break from the convention. More likely, the tension will be raised even further and the global fallout would be far more severe between these two. 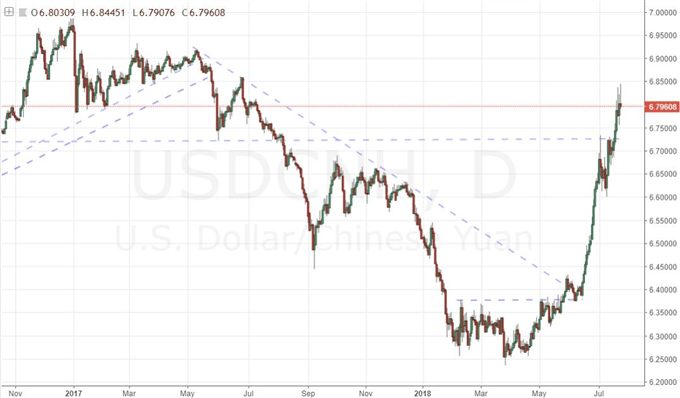 Following the US-EU meeting on trade Wednesday, the European Central Bank (ECB) will meet to deliberate on monetary policy Thursday. The central bank will almost certainly keep its policy settings unchanged at the conclusion of the summit. However, these are markets dictated by speculation. The markets will be looking not for actual change but indication that adjustments are due for the near future. If anything, this central bank update has greater capacity to 'disappoint' than 'impress'. Through 2017, the Euro charged a remarkable advanced - particularly against the better positioned US dollar - as the focus turned to discounted markets with the possibility of reversing course. As a theme, monetary policy has proven far less productive for stirring market activity; however, the ECB finds itself in an important point of transition where moderate change on the monetary policy curve can leverage greater moves in the currency. At its last meeting, the group seemed to give way to the kind of capitulation bulls had long anticipated - and which led to the remarkable climb through 2017 - but we have seen economic indicators soften and the fears of trade wars increase materially since then. It would be far more remarkable for the ECB to 'disappoint' rather than 'impress' given the circumstances. 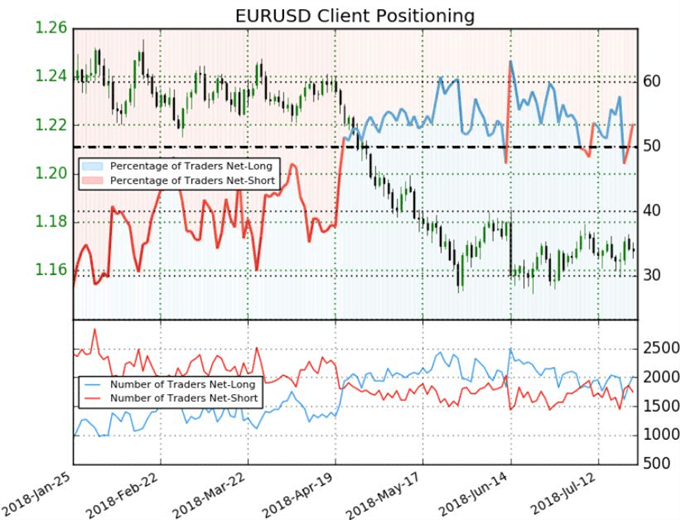 There is a definite hierarchy when it comes to the top event risk over the next 48 hours. In the global market context, trade wars are first priority given the reach and the ambiguity for outcomes. If the US-EU trade relations were to dramatically worsen or relief be given in one fell swoop, there would certainly be a tumble or relief rally respectively. The 'risk on' response would be justified for those looking for linear evaluations of market value. That said, trade discussions thus far would suggest that this conversation too will end without a compromise. The EU pursuing a trade war against the US would almost certainly cause problems for the Greenback, but the euro has far more to lose with 2017's guidelines. As for the central bank decision, its capacity to move the market will be vastly over-shadowed by anticipation for the country and markets. We discuss all of this and more in today's Quick Take Video. 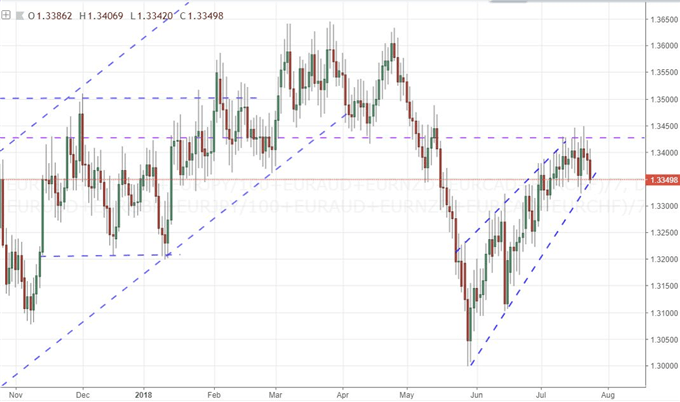