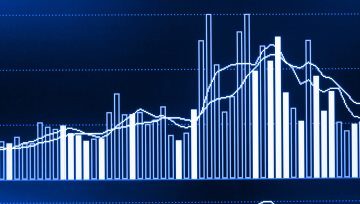 Gold finally broke the wedge and trend-line we were looking at the past couple of weeks, silver got hammered from a long-term trend-line. Crude oil also broke in-line with expectations, with the U.S. contract bouncing off an important slope from July. The S&P 500 has an opportunity again to respond bullishly to negative headlines.

For trade ideas, forecasts, and a library of educational content, check out the DailyFX Trading Guides.

Gold finally broke free from the congestion (triangle) it had been stuck in for a few weeks. Top and bottom-side thresholds were tested thoroughly, but it was the December 2016 trend-line which finally lost the battle.

This has the path of least resistance squarely pointed lower with the lower portion of the triangle set up to act as initial resistance. There might be a short period of digestion after Friday’s nearly 2% whoosh, but don’t look for it take as long as it did last month when it plunged out of the multi-month range.

Looking to the left on the chart, unlike the prior break unfolding into the Dec ’16 trend-line, there isn’t any substantial support until the Dec ’15 trend-line and Dec ’17 low at 1236. The Friday break may be the beginning of a solid move lower in the weeks ahead.

Silver is a rough and tough picture as a longer-term triangle is continuing to build, but as we discussed with regard to speculative activity in the futures market and the way price action is unfolding, we may be in for a big move in the months ahead. 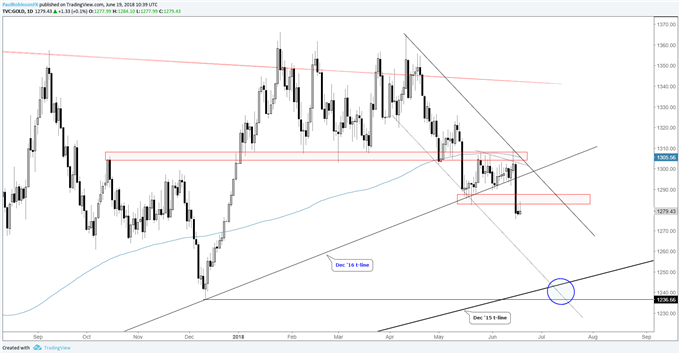 To help improve your trading, check out this guide for 4 ideas on how to Build Confidence in Trading.

US crude oil bounces off important July slope, but can it hold?

The July slope has been a focal point of ours in the past and once again it is in the spotlight as it held yesterday. The thinking on this end is that it won’t hold for long, though, but until it breaks we must respect it as support. A break below will bring into play trend-line support and the 200-day MA around the 61/60-area.

S&P 500 has another opportunity to prove itself

Today, with more trade war headlines out of the U.S., the S&P 500 has another opportunity to prove itself as wanting to continue to trade higher. We’ve seen negative headlines hit the market only to watch it come back immediately, like same-day immediately. This is a sign of buyers’ willingness, but can it do it again today into tomorrow?

The gap-down will put a 7-week trend-line to the test and possibly the ~2742 area as well. A gap-down and rally would keep the bullish sequence in order, while a failure and sell-off would indicate that market sentiment is turning and we could see the market in the days ahead turn further south towards a very important test of the February 2016 t-line/200-day MA. 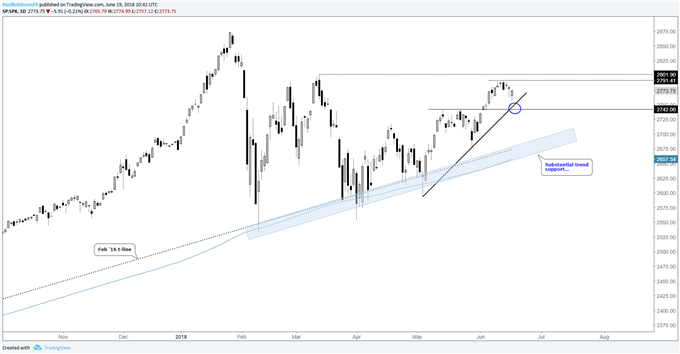