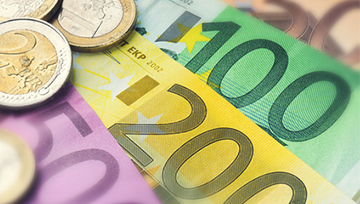 EUR/USD Folds at 1.2500 as USD Bounces From Three-Year-Lows

This morning saw fireworks in the Forex market after the U.S. Dollar broke down to another fresh three-year low. But, after EUR/USD was unable to take-out the 1.2500 level, a bit of a reversal developed as the Greenback started to claw back prior losses.

Dollar Bounce after DXY Runs Down to 61.8% Fibonacci Support

- Earlier this morning, the U.S. Dollar sold-off to another fresh three-year low around the European Central Bank rate decision. This pushed DXY down towards a key Fibonacci level at 88.42, which is the 61.8% retracement of the 2014-2017 bullish move in DXY. Since then – buyers have started to show-up, helping to bring in a bit of a retracement. We looked at the psychological whole number of 90.00 as a potential area for lower-high resistance on short-side USD continuation plays.

EUR/USD Tests 1.2500 Before Falling Back

- On the other side of that aggressive sell-off in the U.S. Dollar has been an extension of the bullish run seen in EUR/USD going back to last year. This morning’s ECB rate decision helped to bring a fresh high to the pair when EUR/USD tested above 1.2500; but that strength was unable to hold for long as prices have already peeled back more than 100 pips from that level. It was just last week that prices were catching support around 1.2167, and given that this was the most recent higher-low, setting up positions with current price action could prove challenging. In the webinar, we looked at a series of potential support levels that could be used in looking for that next ‘higher low’ in EUR/USD price action.

- USD/JPY spent most of last year in a range. The last nine months of the year saw most of the price action in the pair bouncing between a couple of Fibonacci levels that can be derived from the pair’s major move spanning June-December of 2016. Resistance for that range came in around 114.03 which is the 23.6% retracement of that move; and support has come-in above the 50% retracement at 108.83. The support side of that range was tested earlier this morning, and as of this writing, a strong bullish response is showing, indicating the viability of that longer-term, bigger-picture range.

Cable Breaks Out – Then Pulls Back

- At the time of the webinar, GBP/USD remained quite elevated beyond any recent support swings, with the most recent taking place below the 1.4000 psychological level. As we shared, this made the prospect of near-term positions rather challenging. Since then, we’ve seen a rather aggressive pullback that’s taken-out more than 100 pips in under an hour, and this should urge even more caution for GBP/USD bulls given the veracity with which those recent gains have come-out. Some element of support around the big figure of 1.4000 could be workable for bullish continuation strategies.

- We then looked at the consistent bullish run that’s shown up in AUD/USD, and this has propelled the pair beyond the psychological level of .8000. This had happened last year as well, but that .8000 level had helped to function as an area of resistance that Aussie just could not leave behind. We have another test above .8000 taking place currently, and I showed how a pin bar formation can open the door for a reversal setup, very similar to what we had looked at in early-September of last year on the pair.

- As we looked at in the EUR/USD trend, the primary obstacle would be looking for Euro strength against a U.S. Dollar trading at stretched lows. Instead, traders can look to EUR/JPY for bullish Euro plays in the effort of avoiding the U.S. Dollar. As we looked at in the webinar, bullish structure remains, and a shorter-term range has developed after the topside push earlier in the month. The level of 134.41 is especially attractive for bullish continuation strategies.