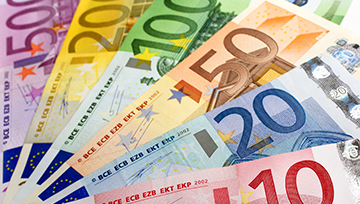 - The U.S. Dollar (DXY) saw another case of rejection overnight when resistance set-in at the 2017 swing-low.

- The Dollar trade remains stretched via Retail Positioning, with IG Client Sentiment currently showing a -2.16 read for EUR/USD, and -1.74 read for GBP/USD.

- Are you looking to improve your trading approach? Check out Traits of Successful Traders.

The pain trade in the U.S. Dollar continues after DXY put in a resistance inflection at a prior area of support. The level of 91.01 was the 2017 low in the U.S. Dollar, which was set in September before prices in DXY rallied all the way up to beyond 95.00. This swing-low from last year was taken out by sellers last week shortly after the CPI and Advance Retail Sales prints out of the United States; and after price action spent most of the early portion of this week rallying back-up to that level, sellers have taken-over to drive the Dollar back down towards prior lows.

This keeps USD in a rather defensive posture, as any bullish responses that have shown over the past couple of weeks have been soundly faded out of the market. This can make the prospect of near-term positioning rather challenging, and for traders looking for a jump-off point for taking on short-side exposure, a series of resistance levels above current prices could keep the door open for such an approach.

Looking for longer-term analysis behind the Euro, GBP or USD? Check out our DailyFX Forecasts for Q1

Going along with that overnight resistance check in DXY was a support check in EUR/USD. On Tuesday, we looked at a zone of support in EUR/USD that ran from the 2017 high at 1.2092, up to a key Fibonacci level at 1.2167. The price of 1.2167 is the 50% retracement of the ‘QE move’ in EUR/USD, taking the high that was set in May of 2014, just before Mario Draghi made the initial European QE announcement, down to the 2017 low set just over a year ago.

The big question, at this point, is whether the longer-term bullish trend is ready to continue up to fresh highs. Prices in the pair ran up to a fresh high just two days ago, but after a report began to circulate that ECB officials (Vitor Constancio) disputed the dynamics behind the recent rally in the single currency. Mr. Constancio said that sudden changes in the Euro ‘don’t reflect changes in fundamentals’, and this brought a bit of weakness into the Euro. But that weakness was short-lived, as buyers took over after support showed-up, and are now threatening to break the impasse that’s been seen since that high was set on Tuesday.

On the hourly chart below, we’re looking at a short-term series of lower-lows and lower-highs that showed up after that fresh high was set on Tuesday. This is a rough version of a bull flag formation with short-term digestion (hourly) of a longer-term trend (daily); but a topside break of the prior high keeps the door open for bullish continuation. Otherwise, traders may want to wait for a pullback or a more confirmed sign of support before looking to chase the move-higher.

GBP/USD Rallies Up to Fresh Highs

Also of interest on the short-side of the U.S. Dollar is the continued topside run in GBP/USD. The topside run that started in the pair in the first quarter of last year continues as the bullish trend channel remains in-tact, and yesterday we had a key Fibonacci level come into play. This Fibonacci retracement can be drawn around the ‘Brexit move’ in GBP/USD, taking the June 2016 high down to the October low. We looked at support plays off of the 50% retracement of this move just last week, and since we’ve seen buyers take over to push prices all the way up to the 61.8% retracement.

After running into that Fibonacci retracement yesterday, prices burst higher to set a fresh post-Brexit high at 1.3943, but that move was quickly faded and prices came back to a short-term support trend-line before re-ascending above that level. This can keep the door open for short-term support plays in the pair as we move towards tomorrow’s University of Michigan Consumer Confidence report out of the United States.

Are you looking for longer-term analysis on Euro, GBP or the U.S. Dollar? Our DailyFX Forecasts for Q1 have a section for each major currency, and we also offer a plethora of resources on our EUR/USD, GBP/USD and DXY pages. Traders can also stay up with near-term positioning via our IG Client Sentiment Indicator.