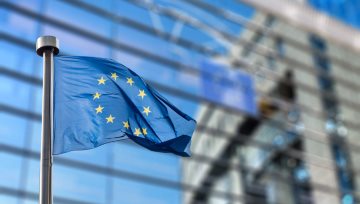 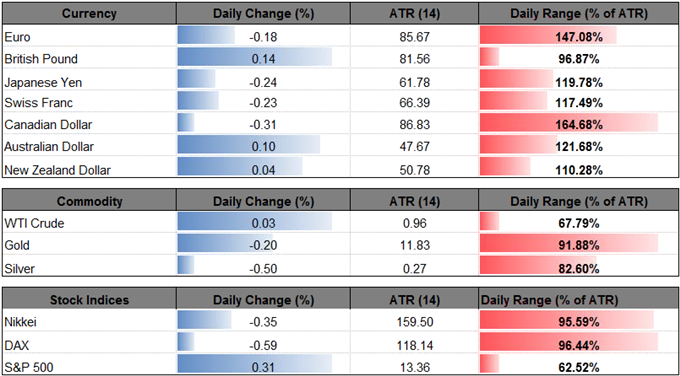 GBP/USD extends the advance from late-2017, with the pair at risk for a fresh monthly highs as the Bank of England (BoE) endorses a hawkish outlook for monetary policy.

The pound-dollar exchange rate sits near the monthly-high (1.3836) despite the slowdown in the U.K. Consumer Price Index (CPI), and the pair may continue to exhibit a bullish behavior as Monetary Policy Committee (MPC) member Michael Saunders warns ‘interest rates will need to rise further over time.’ The BoE appears to be on track to deliver one rate-hike per year as the central bank starts to normalize monetary policy, and Governor Mark Carney and Co. may continue to prepare U.K. households and businesses for a less accommodative stance as ‘the steady erosion of slack over the past year or so had reduced the degree to which it was appropriate for the MPC to accommodate an extended period of inflation above the target.’

With that said, topside targets remain in the radar for GBP/USD as the pair breaks out of a near-term wedge formation, while the Relative Strength Index (RSI) sits in overbought territory for the first time since September. 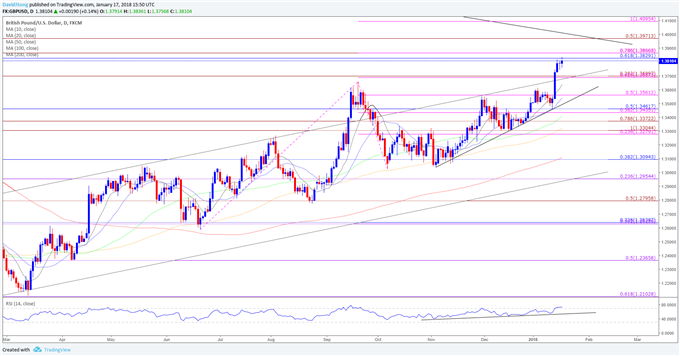 EUR/USD pulls back from a fresh 2018-high (1.2323) as European Central Bank (ECB) officials start to comment on the single-currency, and the euro-dollar exchange rate may face a larger pullback ahead of the policy meeting on January 25 as it snaps the series of higher highs & lows from the previous week.

With inflation still running below target, ECB Vice President Vitor Constancio expressed concerns about sudden changes in the Euro ‘which don’t reflect changes in fundamentals,’ while Governing Council member Ewald Nowotny argued that the appreciation in the single-currency ‘is not helping’ as the central bank struggles to achieve its one and only mandate for price stability. The recent comments suggest the ECB will oppose a further appreciation in the single-currency even as the quantitative easing (QE) program is set to expire in September, and the Governing Council may increase its efforts to talk down the single-currency at its first rate decision for 2018 as ‘growth had repeatedly been stronger than expected in the euro area and inflation dynamics had remained largely unchanged or surprised on the downside.’

Keep in mind, the change in the monetary policy outlook may continue to fuel the broader shift in EUR/USD behavior, but the pair stands at risk for a larger pullback should the Relative Strength Index (RSI) highlight a textbook sell-signal and slip below 70. Want to know what other currency pairs the DailyFX team is watching? Download and review the Top Trading Opportunities for 2018. 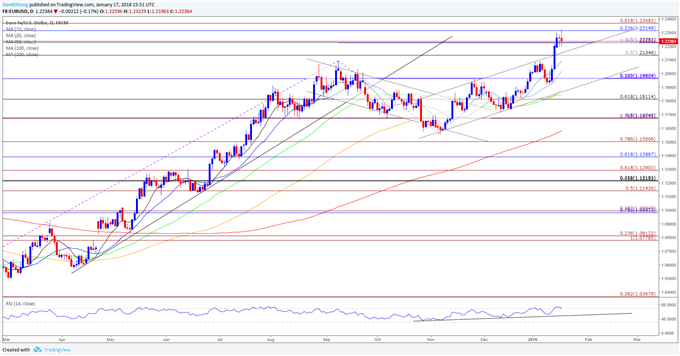