Video: Global Monetary Policy is Turning, Will the Markets?

Sign up for the FOMC rate decision event and see what other live coverage is scheduled to cover key event risk for the FX and capital markets on the DailyFX Webinar Calendar.

Monetary policy has proven one of the most persistent fundamental influences in the global financial markets through this bullish cycle, but is the tide changing? Central bank accommodation has offered a stable platform for recovery from the Great Financial Crisis, but its limitations have grown increasingly apparent in recent years as central banks have continued to employ crisis-era tools to simply lackluster growth. And, the results have grown increasingly ineffectual. The upgrades needed to effect similar economic accelerations to previous years grow larger and larger while the practical capacities grow ever more apparent.

The risks of a market discovering that the central banks are losing traction and/or are starting to capitulate in their efforts is that much of speculative drive we seen in this period of buoyancy was founded on the distortion created by this collective group. Economic activity has plateaued, revenues have struggled with GDP and low yields were the price of admission for this temporary curb on volatility. If confidence in a steady market were to evaporate, the environment would offer little appeal to maintain - much less further extend - the extreme exposure held on the market's balance sheet. The gap between the cost to participate in the market (the S&P 500 is a good benchmark) and the basic risk-reward balance (10 year yields over global volatility) is worrying.

It may seem that the end to stimulus is far off into the future, but the turning tide is likely far closer than most suspect. The Fed has already tapered its QE, the SNB has seen its efforts broken by the markets and the PBoC is attempting to balance a delicate economic act. Yet, even the world's most prominent doves are facing limitations. The Bank of Japan (BoJ) has unofficially capitulated form their ever-expanding effort by changing their target to the 10-year JGB yield. From the Bank of England (BoE), the newness of the stimulus is easily outstripped by its limited size. Even the European Central Bank's (ECB) recent extension draws practical issues and a clear deceleration of expansion. Add to failing light of the ever expanding stimulus era a rise in dubiety as to its effectiveness, and we are reminded that manufactured optimism is riding on borrowed time. 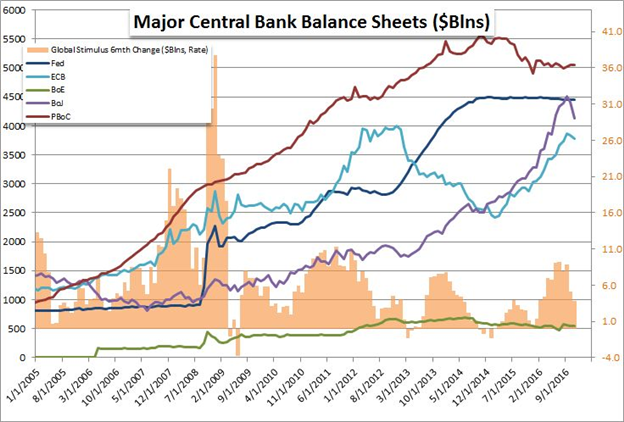 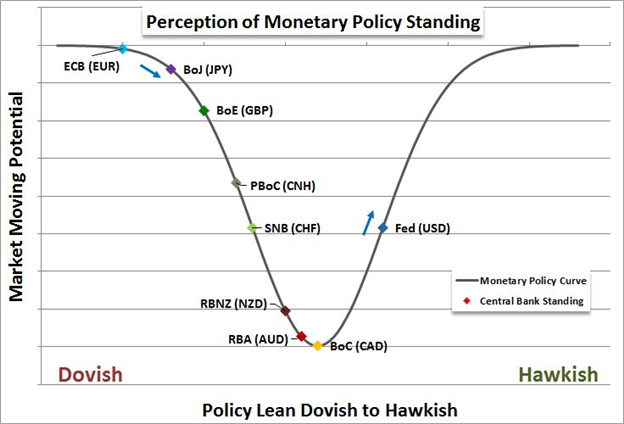 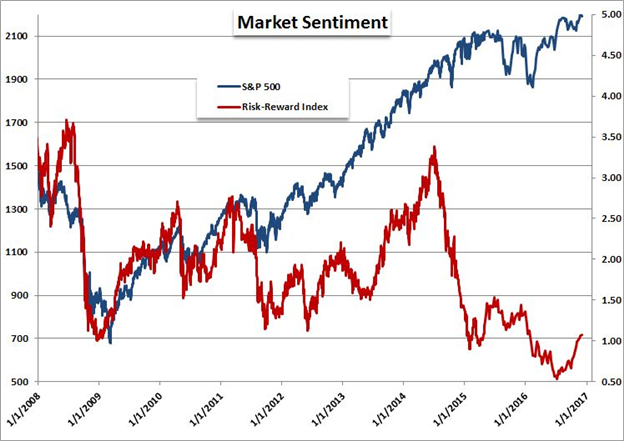