The US equity markets have staved off a drop into freefall - for now - but the pain suffered with Monday's extended drop is keeping market participants on high alert. The S&P 500 and Dow managed a positive gap to start the trading day Tuesday and technically ended the session higher than Monday's close. Yet, that is cold comfort when we see the lack of actual progress made over the session and the fact that we are just a hair's breadth from the lowest point for the benchmark speculative index (SPX) and easy possible collapse into a more systemic technical reversal with bear market implications. Few caution focused traders would put their faith in the seasonal norms associated with December trade. While statistically a positive month, there is simply far too much fundamental risk, unrelenting volatility and substantial depreciation that has built up in the preceding year to make seasonal factors a reliable pursuit. What is interesting about the first 48 hours of pain for US markets is the disparity in performance with global counterparts and other risk-leaning assets. Despite the severity of the move and the technical implications for potential follow through with the likes of the Dow, there was little spillover to Asian and European markets. Similarly, the weight on emerging market assets, yields, carry and other sentiment-dependent assets was disparately light. Following 2018's trends, there is far more premium for US markets to work off until they fall in line with the world. 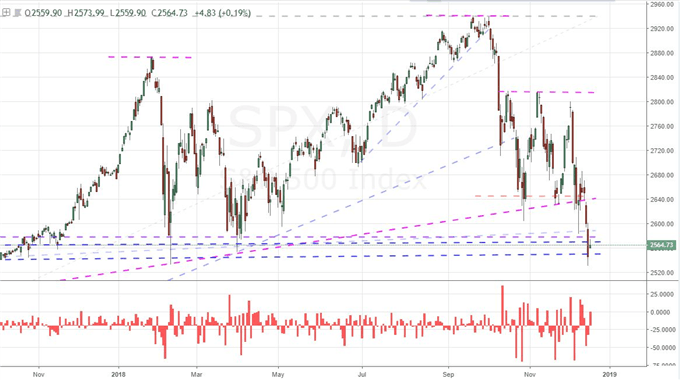 For those hoping the US indices have established support before a more critical technical breakdown took place and in turn close out the year with the typical December aplomb, it is probably better to rethink your conviction. The gap in bearing between the likes of the S&P 500 and measures for 'rest of world' like the VEU have become abundantly apparent. Furthermore, there is serious fundamental event risk that can spin up the speculative engines in the immediate foreground. While issues like trade wars and geopolitical tensions are persistent threats, they are ill-defined for timing. The Fed's monetary policy bearings on the other hand combines serious global influence and an explicit timing. Later today in the early afternoon hours in Washington DC, the US central bank will announce its policy decision following the typical two-day meeting. This is likely to prove one of the most influential and contentious meetings in at least three years. Following the drop in the stock market and repeated criticism by US President Donald Trump, the market has lowered its conviction that the group will follow through on its forward guidance with a certain 25 basis point hike to its rate range. That is still the most likely outcome, but the real speculative impact will come via the update to forecasts in the Summary of Economic Projections (SEP). Fed Funds futures and swaps show the market is virtually certain that the central bank will not go for three rate hikes in 2019, so now the focus will be on whether there will be two, one or no further rate hikes next year. This will pose obvious risk to Dollar volatility, but the risk impact will prove far more substantial. 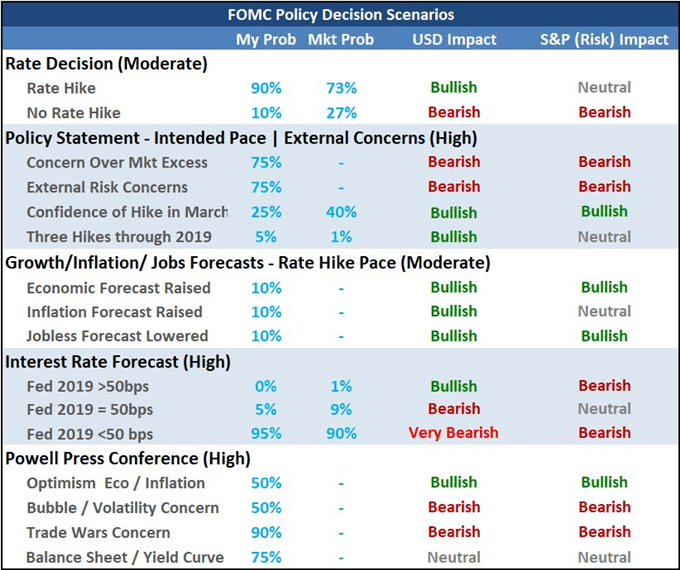 While the course of the Fed's monetary policy is presently top concern, there are other major fundamental themes that can unexpectedly flare up and exert similar influence over the global capital markets. The trade wars between the US and China remains one of the most overt and open-ended risks to global growth and financial cooperation, yet we are in the middle of a 90-day pause on further escalation - though threats to the Europe's and Japan's auto industries was shouldn't be ignored. In geopolitical terms, there were headlines suggesting a breakthrough on one of the more abstract and long-term threats: the budget standoff between Italy and the European Union. Reportedly, Italy has reached an accorded on its budget with European officials, but if there was any substance to the headlines, it didn't show through in price action. The Euro was little changed on a market-wide basis, and the news certainly didn't prompt EURUSD to override the Dollar's Fed-watch. Meanwhile, the news on the Brexit is reliable...and lacking reassurance. The government reportedly was ramping up its no-deal planning as Prime Minster May's plan shows little promise, with 2 billion pounds being penciled in for preparation of the economic fallout. As a reminder, the Bank of England (BoE) warned a crash out can result in a GDP drop as much as 8 percent while the government warned of a drop of more than 9 percent. The European Council is due to issues its guidance on a no-deal ahead and the UK inflation update will all but be overlooked for grander concerns. 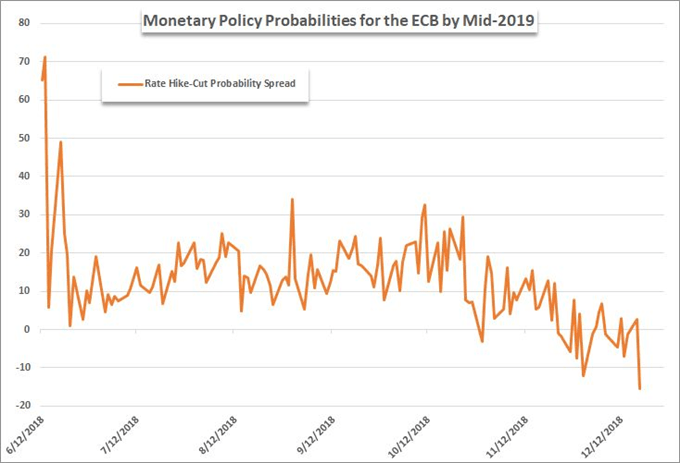 Looking further from the glare of dominant fundamental event risk, there are other markets that are more concentrated in their motivations and even unmoored from traditional fundamental course. The Canadian Dollar for example extended its slide this past session to trigger a few noteworthy technical breaks - most remarkable of which was USDCAD which hit multi-month highs despite the Greenback's distraction. The New Zealand Dollar is another benchmark following an extraordinarily consistent course despite the trend in risk and forecast for yield. The Kiwi has checked against a possible correction, but commitment to the past few months bull trend has certainly not been verified. We have key event risk ahead, chief of which is the 3Q GDP update following the Fed rate decision. And, if we are looking to markets that are finding guidance that doesn't depend on flippant headlines and interpretable data, crude oil is definitely operation on a speculative-heavy focus. The commodity revived its tumble in a significant way this past session as it dove below 50 and extended its three-day tumble to more than a 13 percent watershed slide. Where does this market find its capitulation low? It is probably best not to speculative on that turning point. We discuss all of this and more in today's Trading Video. 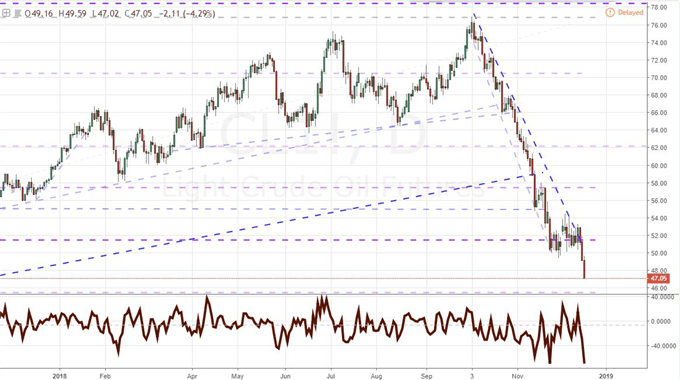