EURUSD at the Center of Trade Wars, High Profile ECB and Fed Meetings

What makes for a 'great' trader? Strategy is important but there are many ways we can analyze to good trades. The most important limitations and advances are found in our own psychology. Download the DailyFX Building Confidence in Trading and Traits of Successful Traders guides to learn how to set your course from the beginning.Download these and more guides on the DailyFX Trading Guides page.

An Icey Reception at the G-7 Summit

As expected, the G-7 summit in Canada proved the antithesis of unity that we had seen come from these events in the past. Trade wars inflamed tension among these key economies' leaders even if that exact term wasn't uttered at the discussions. The Trump administration's decision to move forward with the steel and aluminum tariffs against the European Union, Canada and Mexico on May 31st marked a definitive escalation in an already unstable course for global relations and the collective growth and market gains that has resulted from these fluid connections over the past years. By the close of the first day, there wasn't definitive 'breakdown' during the event - most of these leaders are too well-practiced to purposefully or even inadvertently cause a panic. However, the snubs, the threatened refusal of an official communique and the early departure by President Trump all signaled that this was not an event to patch relations. Day two is unlikely to resolve or further divide, but the troubles will linger with the global markets. If complacency remains come Monday, don't consider it a sign of strength. Rather see it for the anxiety and straining temporary supports (like extreme monetary policy) that it is. 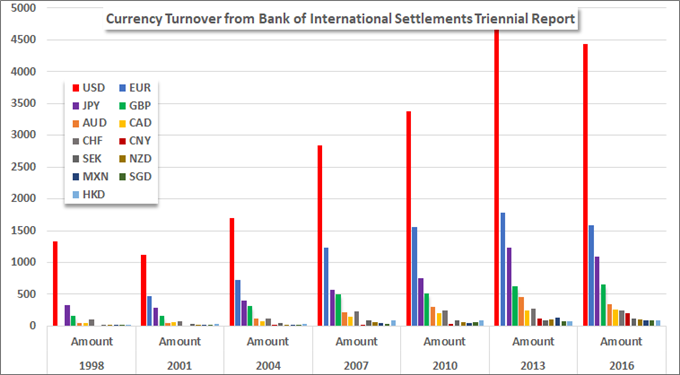 We typically think of the US Dollar as the last resort safe haven that capital flees to when liquidity is the only thing that matters. If push came to shove, the Greenback would still step up to a frantic need for financial stability - something to consider should the markets start to truly fall apart. However, where global market participants retain a sense of differentiation for their risk-reward balance, the US currency is perhaps the most risky player on the board. It finds itself at the center of the growing trade wars by design. While the move to implement tariffs on China, the EU and its North American neighbors was meant to confer benefit upon the economy; its ultimate impact will be loss by its being ostracized by an angry collective. If you want to gauge how significant the change in sentiment surrounding global trade is following the G-7 summit, measure through the Dollar. In the event the Greenback refuses to extend its retreat or revive its general bull trend of the past two months, look ahead to the Fed rate decision on Wednesday. This event is heavily expected to end with a hike which makes it easier to disappoint than to impress. Beyond the move at this particular meeting, the assessment of pace moving forward amid economic trends and a troubled trade environment will be evaluated thoroughly in the Summary of Economic Projections and the Chairman's press conference. 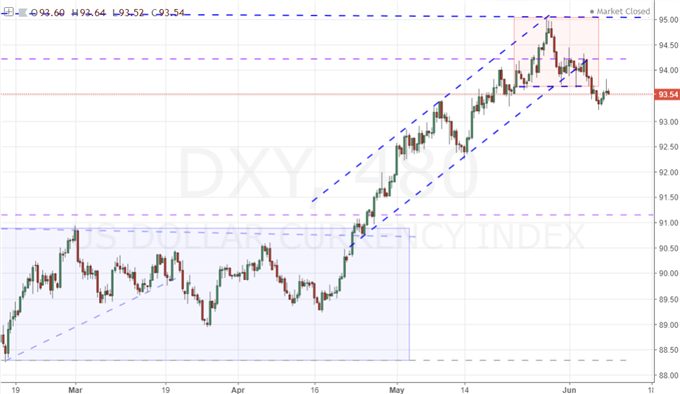 Next to the Dollar, the Euro is the second most at-risk currency in the week ahead. While the US and China seem to be dealing with the largest negotiation terms through tariffs, the health of the relationship between the United States and European Union is far more critical to global health and stability. That makes EUR/USD an unexpected but nevertheless critical baseline for the path for global trade. Beyond this particular theme though, we have unique fundamental concerns and themes to deal with on the Euro's side over the coming week and beyond. Though we have seen the tenor of headlines related to Italian politics cool lately, the situation is far from resolved. A populist government formed out of a coalition of members that have clear anti-EU and anti-Euro beliefs is still in power. At the top of the docket, we also have Thursday's ECB rate decision. This too is a 'quarterly' event where more insight is expected than usual. Over the past few weeks, we have seen speculation over a definitive shift in monetary policy ramp up. The anticipation is for plans of a full taper to be announced and the path towards the first hike to be paved. Here too, it is easier to disappoint than it is impress. 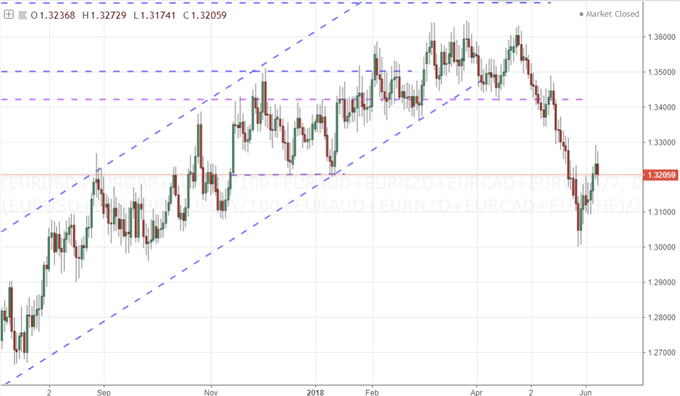 Closer to the Fire (Emerging Markets) or Further Away (Aussie Dollar)

Moving forward, it is important to monitor the bearing and breadth of risk trends. Trade wars, monetary policy and most other key themes are generally catalysts for more systemic changes in the current of speculative sentiment. It is important not to concentrate completely on the spark to the exception of the true fire. The US tech sector in US equity indices are particular attuned to the ebb and flow. If we wanted to look at the bleeding edge of the curve, the FAANG group is even closer to the core of performance over the past three to four years. Another leveraged asset class through sentiment is emerging markets. The EEM ETF failed in its break higher this past week, but the pain is more obvious in EM FX. The drop from the South African rand and Indian rupee are good examples of the trend developing these past weeks. Rebounds from the Turkish lira and Brazilian real recently were leveraged by extreme intervention and anticipation of rate hikes. On the opposite end of the spectrum, we can look to the Australian Dollar and Swiss franc as more disconnected currencies. Normally, one is a carry and the other a safe haven, but those roles have been unseated by extreme monetary policy and cross winds. We discuss all of this and more in this weekend Trading Video. 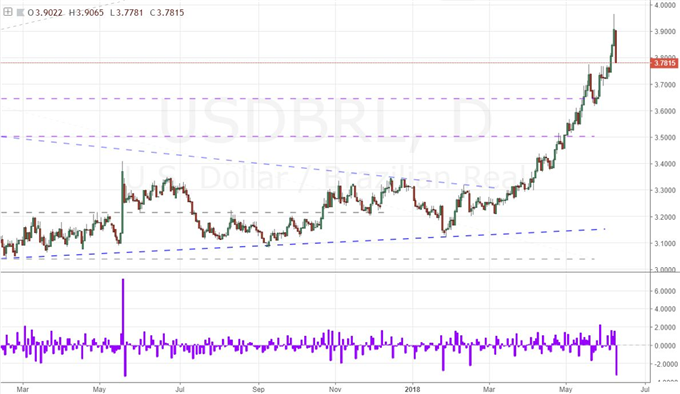