The Brazilian Real posted a staggering rally against the Dollar Friday as a collection of factors came to buoy the currency of the largest Latin American economy. The climb was seemingly fueled by an unexpected uptick in inflation. The consumer price figure came in at an annualized rate of 2.86% in May versus an expected 2.74%. Although inflation is well below the targeted 4.5%, the increase was a surprise and some analysts believe the recent trucker strike will increase inflation again next month. Exerting similar pressure, the central bank of Brazil has engaged in intervention aimed at arresting the currency’s slide this week, increasing the sale of currency swaps hoping to cushion volatility but with little effect. Today, the Brazilian central bank conducted a fourth day of currency swap sales and the Real seemed to have found its feet. 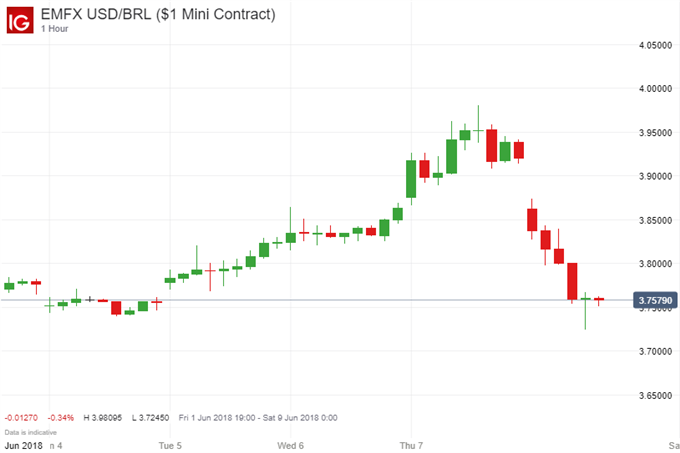 Despite the willingness of the central bank to intervene, the lack of response through three days of direct actions calls into question whether it was really the group’s efforts that stoked the rebound. It was no doubt a contributing factor as was the speculation that the Brazilian central bank will increase interest rates. Further uncertainty from the looming presidential election in October likely contributed to speculation. The Latin American nation has seen falling interest rates since June of 2015 when the interest rate was 14.25%. Currently, the benchmark rate is 6.50%, a record low and unchanged from the central bank meeting in May. What is remarkable about Friday’s rally is that it comes at a time when emerging markets are coming under intense pressure. The segment of economies and assets are finding themselves at risk with rising interest rates in the United States and the advance of global trade wars. The Fed will meet next week to release their interest rate decision with heavy speculation of a rate hike which will further raise costs for emerging markets with debt denominated in dollars.

The rate decision by the Fed is not the only factor affecting emerging markets as a trade war waged by the US begins to take effect. With an opportunity to appeal to the United States, members of the G-7 are voicing concern over the tariffs this weekend at a summit in Canada. Officials of other nations will be watching the summit closely for any developments in the trade war and the effect it will have on their economy. Already, emerging markets like Turkey, India, and South Africa have seen losses in their currencies versus the dollar as the fear of fallout from broken trade lines begins to take its toll for these countries’ exports and risk appetite in general. 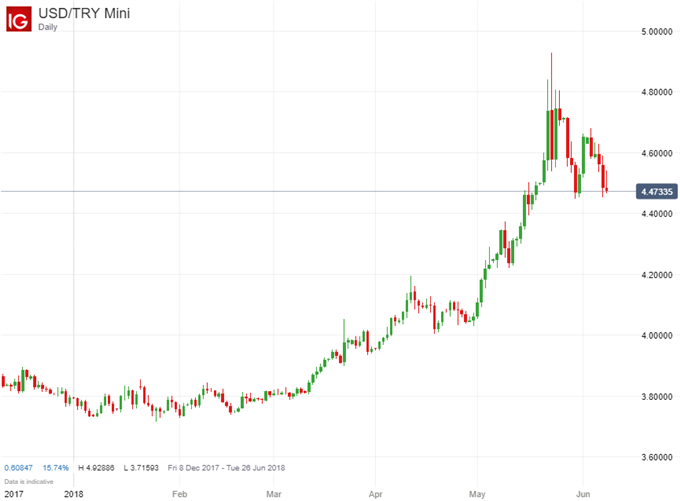 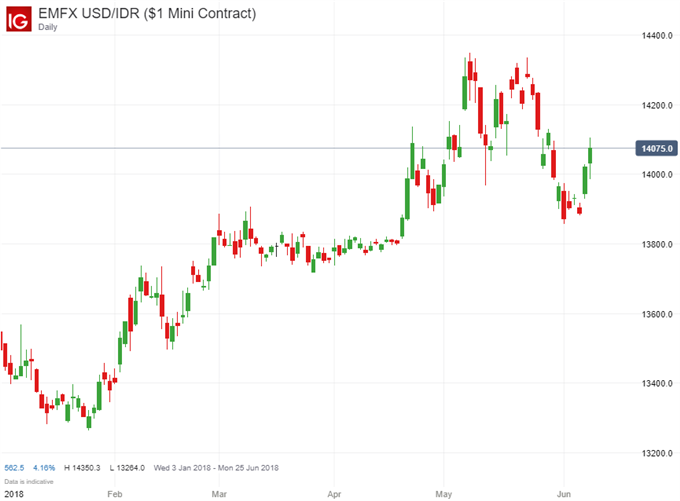 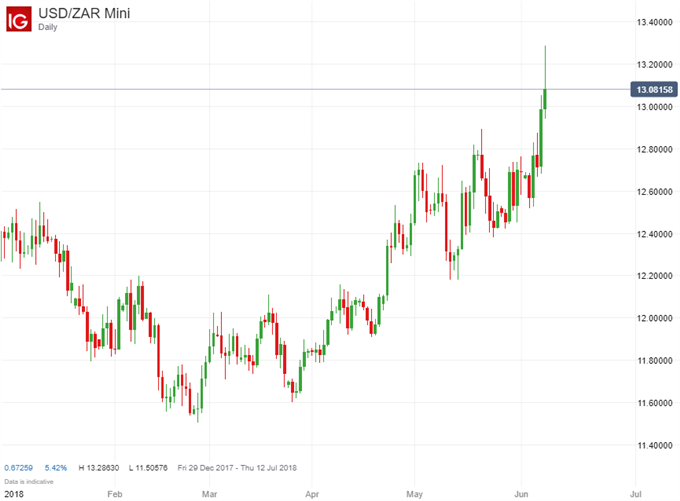