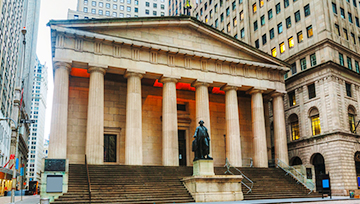 SPX Next Moves Depends on Uneven Risk, Dollar’s on BoE and RBA

How are retail FX traders positioning in EUR/USD, AUD/USD, USD/CAD and other majors as these pairs look on the verge of major breakouts or trend development? See the IG positioning data on the DailyFX Sentiment page.

It may seem clear that the whether the Dollar holds and reverses or breaks and extends its collapse next week depends on how the July NFPs print on Friday. Yet, that is unlikely to be the case for a number of reasons. From a purely practical perspective, the payrolls are not due until Friday - and that is a long time to linger at a significant technical boundary given the general activity of the market as of late. On a more fundamental basis, US monetary policy has not defined the Greenback's performance lately. The Fed has maintained its existing yield advantage and is still well ahead of the curve when it comes to speculation. That has done little to lift the currency out of its funk. So, whether the payrolls and wages figures cool confidence of a hike in September or solidify the timing for implementing the balance sheet reduction plan; the impact is unlikely to inspire the Dollar to trend. In contrast, the rise of speculation around the Fed's peers have driven the benchmark to its remarkably 2017 decline.

Looking across the market, the primary charge of the Euro's climb on very early speculation of an agenda to withdrawal from its extreme easing policy looks as if it will find far less fuel through the coming week. That is inconvenient for tracing the motivations for the EUR/USD as it stands at the threshold of a full reversal from its the two-and-a-half year range that developed after the epic collapse between 2014 and early 2015. Nevertheless, the relative premium afforded to the Dollar for its Fed backing will be put to the test by two other central bank decisions made by the Reserve Bank of Australia and the Bank of England. From AUD/USD we have seen the swell in speculation that has spilled over from the BoC' move to tighten this past month. If the group can reinforce this early move, it may afford AUD/USD more lift after its break. If not, the premium on that major as well as crosses like AUD/JPY and EUR/AUD can lead to corrections. The BoE's will host what is called 'Super Thursday' whereby they issue their decision and statement as well as release their quarterly inflation forecast. The reason anticipation over the ECB's bearings has been so much more critical to the Dollar's bearings versus say the BoC is the scale of the policy group and its effort. The BoE is a far more substantial counterpart to direct the Dollar. Of course, there are plenty of Pound pairs that should also be considered in addition to just GBP/USD.

While theme and event risk will play a critical role in specific activity and trends, we should also keep tabs on the independently and surprisingly volatile market corners as well. While all Dollar-based majors have shown some degree of exceptional performance due to the Greenback's troubles, the USD/CAD has proven one of the most remarkable performers. That is in large part due to the Canadian currency itself. The hawkish shift has unseated even the rooted correlation to oil prices - which is saying something. Canadian employment data is due Friday, but we should monitor the pure momentum of the currency for opportunities on many crosses like CAD/JPY. The Swiss Franc is another surprising outperformer. One of the most remarkable surges in recent year for EUR/CHF has pushed the pair to 18 months highs, but it has also reestablished the tradability of the Franc crosses. And, aside from these targeted spells of volatility and event risk, it is just as important to monitor underlying themes like risk trends. The S&P 500 has notably held near its record highs and a jump from the VIX hasn't immediately catalyzed into a launch. That said, the abundance of influential headlines - risk changes, monetary policy focus, political scandal - can quickly touch off unstable markets. We discuss the trading landscape and opportunities ahead in this weekend Trading Video. 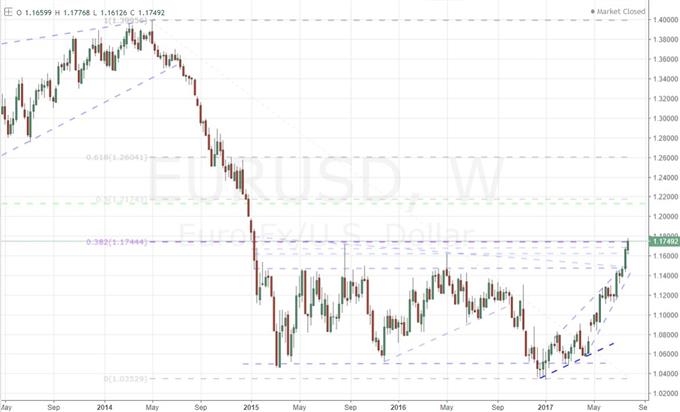 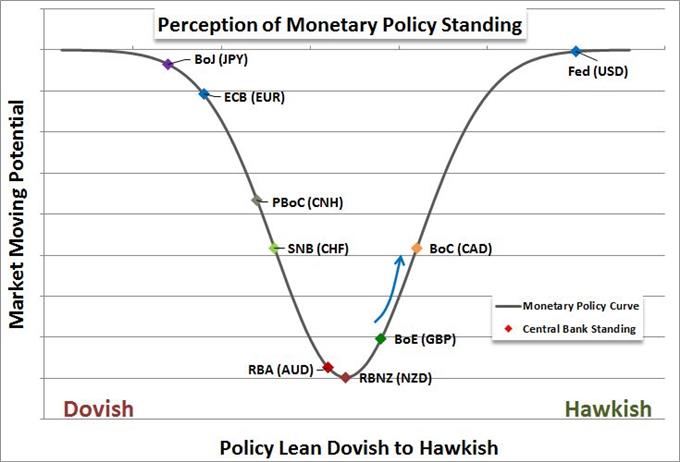 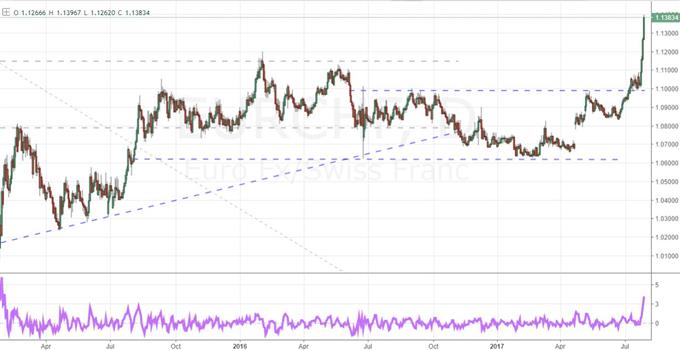