Dollar Moves into a Reversal Pattern, What Will Drive SPX Now?

The Dollar was the clear loser this past week. The surprise that the currency would drop after a rate hike has faded as various explanations are applied to the unorthodox response. However, to measure out the currency's next moves; it is important to chase down the most prominent motivation to sudden slide. Speculation was the source of this bearish swing - as it often was. Anticipation of more hawkish forecast from the Fed than the central bank was comfortable giving motivated rebalance. On that front, the question remains: how much excess is there still to work off? Looking at Fed Funds futures, there is still a hawkish gap between market and central bank forecasts. With a range of Fed speeches scheduled, there is plenty of fuel to anchor the outlook and pull the Dollar further back.

Depending on how much retrenchment is left for this benchmark currency, technical traders may be presented with an important crack in the medium-term buoyancy the Dollar has maintained. The ICE Dollar Index is carving out the right shoulder of a head-and-shoulder pattern with a 'neckline' not far from Friday's close. The next stage of such a move could generate its own heat without much motivation from fundamental channels. Depending on the next move, there are a number of majors (USD-based pairs) which can provide opportunity. EUR/USD is carving out its own inverse head-and-shoulders with a key resistance at 1.08. While there are important EU and Eurozone leaders meetings ahead, US currency's sway will likely overpower. An easier path - without the high profile need of a break - would come from GBP/USD continuing to cover its broad range amid UK CPI and lingering Brexit conversations. For the likes of USD/JPY, the easy range has been covered and now a break of 112 rests with something more prominent like risk trends.

Sentiment was leveraged further this past week. Not only did the US equity index jump after the FOMC, there was a material shift of capital towards riskier asset classes and further into leverage. That is systemic risk through exposure. Risk aversion at this juncture could cause problems with liquidity. And, risk aversion without a clear catalyst is even more problematic as the response to protect capital can unfold too slowly. For pullback at the most extremes, Emerging Market assets is the most stretched in the short-term. In the FX market, that draws considerable interest in the strong run for the Mexican Peso given its circumstances and USD/MXN technicals. For express event risk, the docket is thin. The most prominent listing is the RBNZ rate decision which will pressure an already-volatile New Zealand Dollar. We discuss market conditions ahead in this weekend Trading Video. 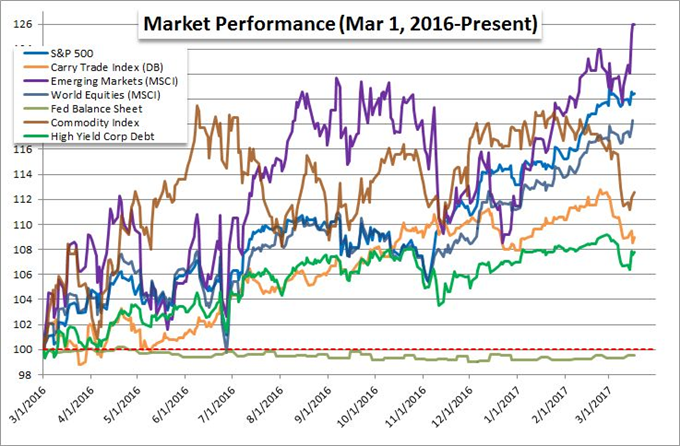 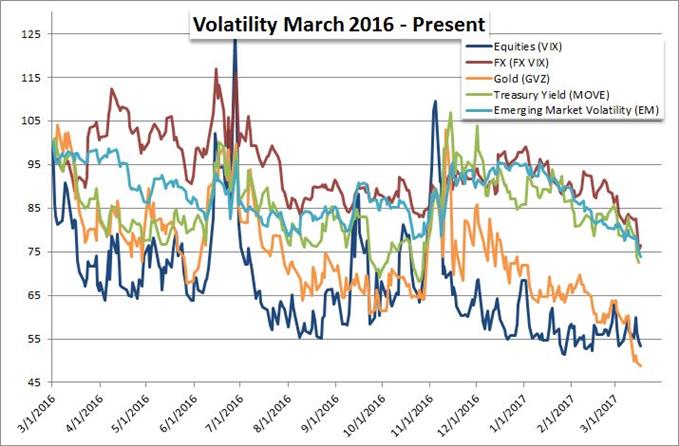