See how retail traders are positioning in US equities and the Dollar-based majors using the DailyFX SSI readings on the sentiment page.

A rain storm doesn't seem so threatening when a hurricane is close behind it. There was a considerable bout of fundamental wind this past session, but it didn't find much traction in the markets given anticipation of the US President's address. On the sentiment front, the Dow Jones Industrial Average's obscene extension of its run to record highs - an extreme 12-consecutive day advance - came to an end with a modest slip Tuesday. This was a break from momentum rather than trend as the market's seemingly relentless speculative appetite seemed to evaporate before Donald Trump's remarks. There is a significant platform of policy-related performance that the market is working with. The rally over the past few weeks sees significant roots on reference to tax policy while the impressive 13-percent plus rally since the election is built on business-positive legislation (or executive order) coming down the line. It is important to recognize that expectations are set. Not insurmountable, but difficult to impress.

Meanwhile, in the FX market, a competing fundamental theme was easily drained of its influence with the general state of readiness. Where the Dollar managed to squeeze a modest gain out on the day, it was a performance that significantly trailed the fundamental developments that encouraged it. We have seen a discount on the measurable upgrade in Fed efforts to communicate higher probabilities of timely rate hikes over the past weeks. Yet, that semi-ambivalence was put an even more extreme test this past session when the Conference Board's Consumer Sentiment survey hit a 15-year high and San Francisco Fed President John Williams offered the most direct language of a March rate hike yet. The hawk stated that there will be 'serious consideration' of a hike at the meeting in two weeks. That is far more explicit language than saying March 15 is 'live'. And yet, where rate expectations (via Fed Fund futures) jumped, the Greenback held back its enthusiasm. The immediate focus on trade policy versus monetary policy is understandable given the event risk; but it is important to recognize that after the Trump address is over, there is a string of event risk related to rate forecasting in the days to follow.

The winds of protectionism threaten to generate the greatest change in the global financial system, and therefore represent the greatest potential and active market mover. There are assets/markets that are closer to the flame (USD/MXN, USD/CNH, Treasuries) and those that are simply so large that they can't escape its gravity (equities, Dollar, VIX). It isn't an end theme in itself however - risk trends are - and it doesn't always command speculative repositioning. The docket after the President's speech is dense, and gauging the prevailing wind will be critical. We discuss what the markets are facing over the next 48 hours in today's Trading Video. 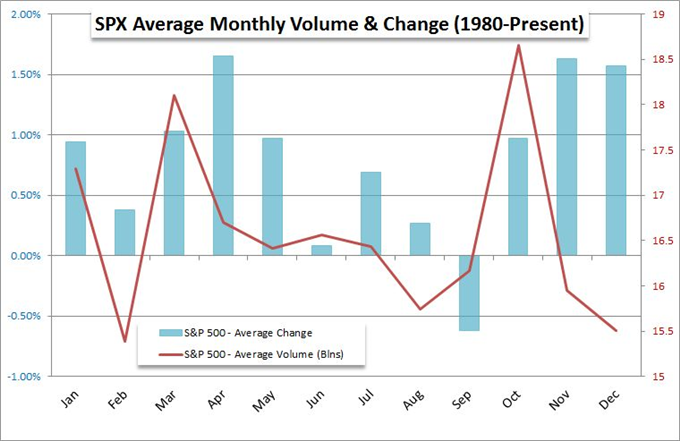 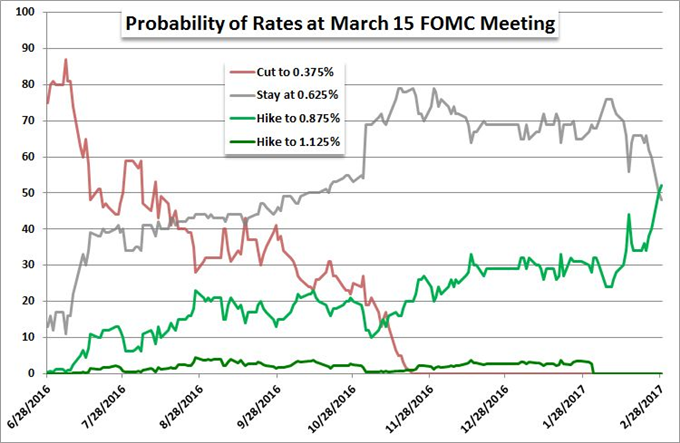