The US Dollar is attempting to open the year with a fifth consecutive weekly rally against the Japanese Yen with USD/JPY ripping into uptrend resistance at five year highs. While the broader focus remains constructive, the rally may be vulnerable in the days ahead while below this key zone. These are the updated targets and invalidation levels that matter this month on the USD/JPY weekly price chart.Join my Weekly Strategy Webinars for an in-depth breakdown of thisDXY technical setup and more. 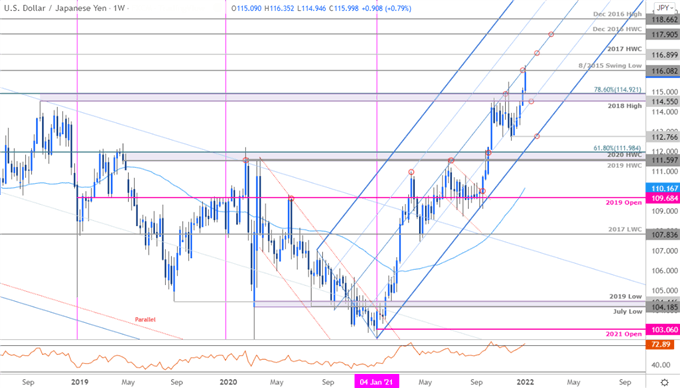 Notes: In my last Japanese Yen Weekly Price Outlook we noted that the USD/JPY breakout was testing a major inflection zone at 114.55/92 and that a, “topside breach / weekly close above this threshold is needed for the immediate long-bias to remain viable with such a scenario exposing the August 2015 swing lows at 116.08 backed by the 2017 high-week close at 116.90.” USD/JPY opened 2022 at 115.09 with price rallying more than 1.1% to register a high at 116.35 early in the week- is an exhaustion high in place?

I’d be cautious fighting this rally just yet as weekly momentum holds in the overbought territory but conditions are favorable for possible exhaustion on the back of the recent four-week rally. Initial weekly support now rests at back at the 2018 swing high / 78.6% Fibonacci retracement of late-2016 decline at 114.55/92 with broader bullish invalidation raised to the November low-close at 112.76. A topside breach / close above the median-line would keep the focus on subsequent resistance objectives at 116.90 and the December 2016 high-week close at 117.90.

Recommended by Michael Boutros
Download our Japanese Yen Trading Forecast!
Get My Guide

Bottom line: The USD/JPY rally is testing confluent resistance around the 116-handle into the start of the month / year – looking for possible inflection here for guidance. From a trading standpoint, a good zone to reduce long-exposure / raise protective stops – losses should be limited to 114.55 IF price is indeed heading higher on this stretch. Stay nimble here heading into US Non-Farm Payrolls (NFP) on Friday. I’ll publish an updated Japanese Yen Price Outlook once we get further clarity on the near-term USD/JPY technical trade levels. 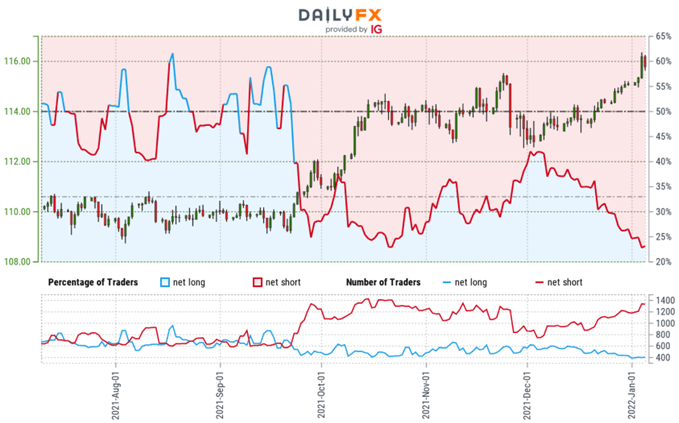 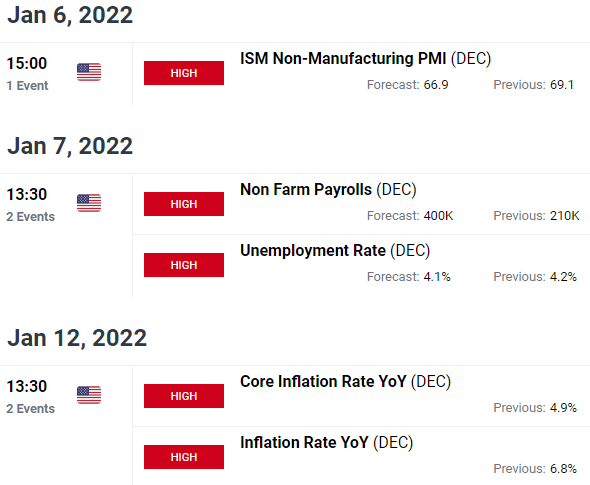 Recommended by Michael Boutros
New to Forex Trading? Get started with this Beginners Guide
Get My Guide