Earlier this week, our look at crude oil prices suggested that “the near-term upside bias may be to the topside, with a return to the December highs at 73.34 possible before the next leg lower.” Crude oil prices have indeed rallied, helping fuel a turnaround in energy-linked currencies like the Canadian Dollar in the first half of this week. 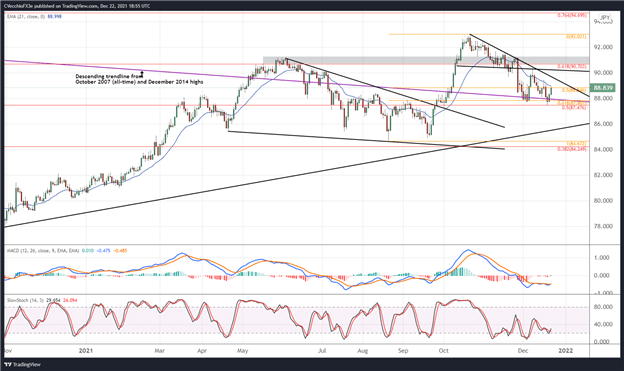 CAD/JPY rates have traded above their daily 5-, 8-, and 13-EMAs, but have thus far been capped by their daily 21-EMA – as was the case with the rebound earlier this month. Both daily MACD and daily Slow Stochastics have turned higher, but remain below their respective signal and median lines. Price action needs to develop further from here – closing above the daily 21-EMA would be a good first step – as it’s too soon to say if this is ‘the low’ for CAD/JPY rates for the foreseeable future, insofar as the downtrend from the October high remains in place. 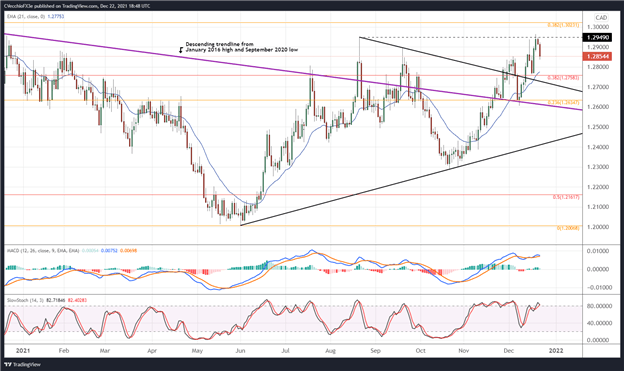 In the prior update it was noted that “a move towards the December high at 1.2854 in the coming days possible.” USD/CAD rates briefly topped their former December high, setting a fresh 2021 high at 1.2964 before turning lower. It’s possible that resistance in an ascending triangle against the August and December highs his being carved out.

The pullback in USD/CAD rates has thus far been technically inconsequential. The pair is back below its daily 5-EMA, but remains above its daily 8-, 13-, and 21-EMAs, and the EMA envelope remains in bullish sequential order. Daily MACD is nearing a bearish crossover albeit above its signal line, while daily Slow Stochastics are still lingering in overbought territory.

While further Canadian Dollar strength is possible, it largely is contingent upon oil prices continuing their rebound, a sticky situation as markets endure volatility around COVID-19 omicron variant headlines. If crude oil prices are able to clear 73.34, however, then it would be a favorable sign that the Loonie rally could have some room to run yet. 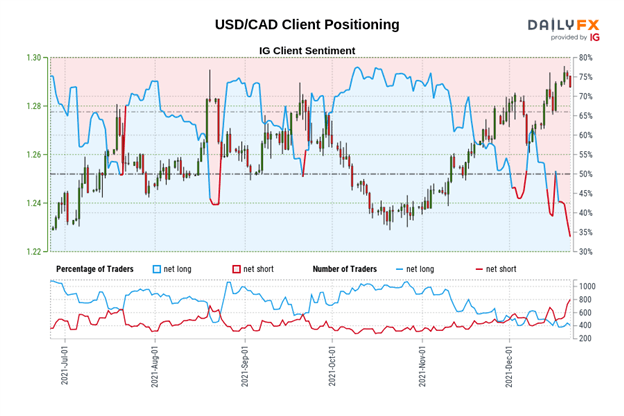