Risk appetite is on the rise in 2021, at least if you look at bonds and stocks. Shifts in US Treasury yields in particular have provoked rebalancing in US Dollar positioning, leading to growth currencies like the Canadian Dollar to struggle to recapture bullish momentum from the end of 2020. The same can be said about the other commodity currencies, the Australian and New Zealand Dollars.

But because the recent turnover in FX markets is largely USD-centric, some CAD-crosses, like CAD/JPY, retain workable bullish technical posture. USD/CAD rates set a fresh yearly low last week but have since returned to their yearly open. CAD/JPY rates, on the other hand, have stumbled near critical longer-term resistance.

With the first Bank of Canada rate decision of the year due tomorrow, one in which it is widely anticipated for the BOC to remain on hold, volatility in the two major CAD-crosses is likely to run high over the next 24-hours. 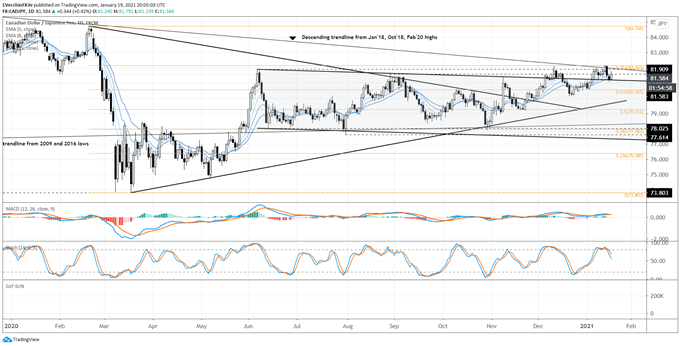 The first attempt in 2021 at a bullish breakout attempt has been denied, but the effort may not be finished. CAD/JPY’s run towards parallel channel resistance in the 81.58 to 81.91 marks a familiar story, with this being the fourth such occasion since June 2020 that this zone has rejected a bullish advance. Concurrently, we see that CAD/JPY rates have hit resistance in the form of the descending trendline from the January 2018, October 2018, and February 2020 highs, as well as the 76.4% Fibonacci retracement of the 2020 high/low range at 82.16.

CAD/JPY rates are above their daily 5-, 8-, 13-, and 21-EMA envelope, which is in neither bearish nor bullish sequential order. Daily MACD is flat while above its signal line, whole daily Slow Stochastics’ drop from oversold territory is starting to be curtailed. Patience is still required as bulls may get another attempt at a breakout attempt to the topside. 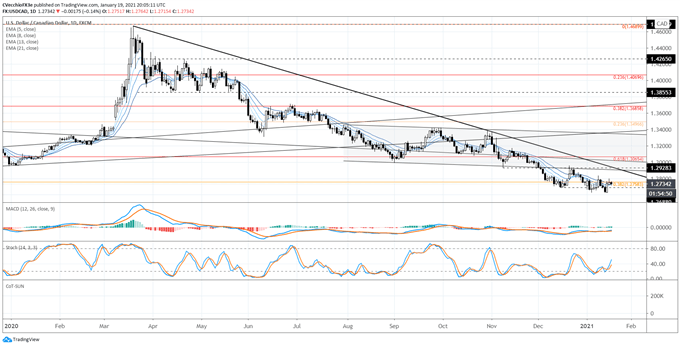 USD/CAD rates hit a fresh yearly low last week, but since then have returned back to the yearly open level near 1.2756. US Dollar strength is apparent, as the relative imbalance of a stronger USD/JPY can help explain why CAD/JPY is proving more fertile ground for Canadian Dollar advances. USD/CAD rates may see more choppy price action for the next week or so, but ultimately, so long as the downtrend from the March and October 2020 highs remains in place, then the longer-term trend remains to the downside. 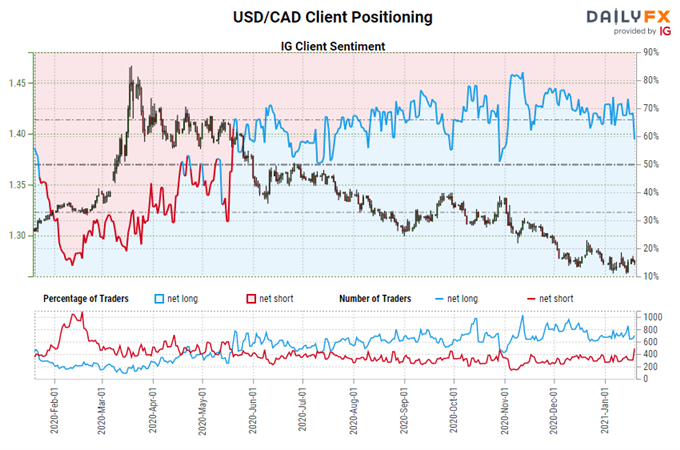