US Dollar Index (DXY) Forecast: The Consensus Trade Gets Tested

Consensus trades are often prone to counter-trend moves when profit taking and new narratives emerge. The USD short trade is a broad consensus as evidenced by the long futures positioning that was explained well by Paul Robinson in his recent CoT report and can be seen here: 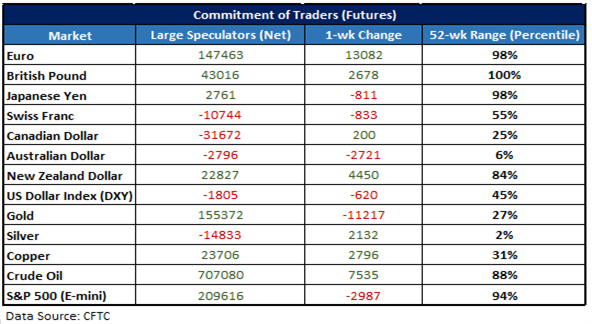 Looking above at the top 3-positions, which make up nearly ¾ of the US Dollar Index weighting, you can see an extreme long position in EUR, GBP, and JPY futures against the USD relative to positioning over the last year.

Additionally, there have some disappointing data prints from Canadian and the United Kingdom this week that have caused further USD short covering. At the same time, the inflation story has re-emerged that has put the brakes on another consensus trade, the flattening of the US 2/10 yield curve.

Recently, another hot trade, USD/MXN short has come under fire causing the MXN to see its largest loss since January onrecent polling given an edge to outsider candidate Andres Manuel Lopez Obrador or AMLO. MXN was the world-leading currency for the year, but fell 2% on Thursday that likely adds to global investors covering the USD shorts against various themes. However, the US Dollar has been weakening vs. haven currencies like the Swiss franc that recently hit a 3-month high at 0.9760 & Japanese Yen for weeks now.

Unlock our Q2 forecast to learn what will drive trends for the US Dollar through 2018!

Is The US Dollar Bear Trade Over?

When the world’s largest trade, short USD gets shackled and the US Dollar trades to a 1-month high, traders will wonder if the good times are over. However, a few key pairs to watch to see whether the good times of shorting the US Dollar are over would be tokeep an eye on a few catalysts and technical levels that would align with a reversal of the massive short-dollar trade.

First, keep an eye on inflation and fixed income markets like Breakevens that are showing their highest prices since 2014 as commodities break out. I covered these points in the most recent FX Factors to Watch report. Aligning with inflation and commodities is the US 2/10 yield curve, which has been flattening. A sharp reversal of the flattening curve that recently saw its narrowest spread since 2007 could create another unwind that may see the US Dollar shorts cover taking USD higher.

Technically, traders should watch EUR/USD, a key driver of DXY at 57.6% of the index’s weighting. A break below 1.21/2150 could signal an unwind of a popular trade that earlier had sights set on 1.3000 USD per EUR. Another hot trade has been bullish the British Pound. Institutions were betting on a push toward 1.5000 in the last few weeks, but a series of weak data points out of the UK this week has put doubts on whether the BoE would hike a second time in ’18 (a hike in May is almost fully priced into the market.)

A break below 1.3900 on cable as spot currently trades near 1.4000 would be another strong discouragement for DXY Bears. Lastly, a move to and above 110 JPY per USD should be on the radars of traders. A break above there could cause a large unwind of that massive short USD trade in thoughts that a trade war or worse would lead to a massive carry trade unwind and lead to a sharp rise in the have currency, the Yen. 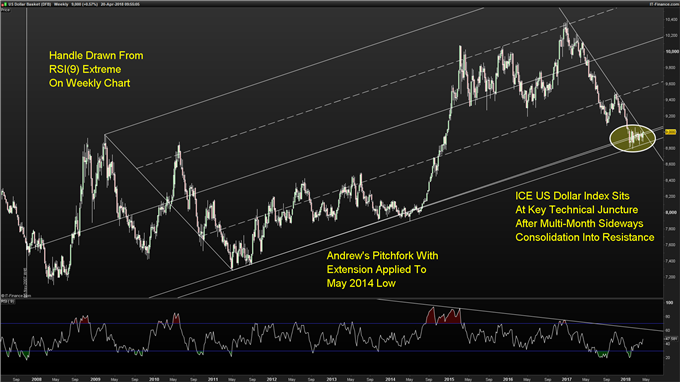 The chart above shows the broader trend higher in the US Dollar Index since 2007. However, since 2017 (the high on the chart), the price has fallen by ~14%.

You’ll notice the price has recently trended sideways into trendline resistance that should have trader’s attention. The consolidation that began in late January also aligns with a similar support that saw the bleeding stop for USD Bulls in May 2014 before a world-shaking rally that saw commodities plunge and central banker’s panic.

At best, I can say I hope we don’t see another such development given my current exposure. If a massive USD breakout did occur, the first trigger would likely be on a move above the trendline followed by a move above the February corrective high of 90.57, and likely confirmed on a break and close above the 2018 high of 92.26. 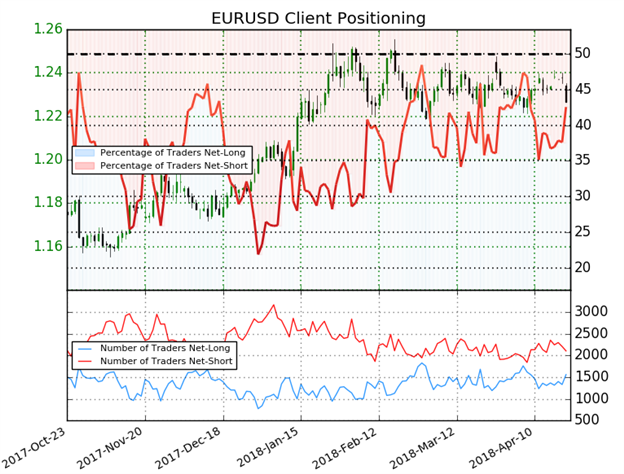