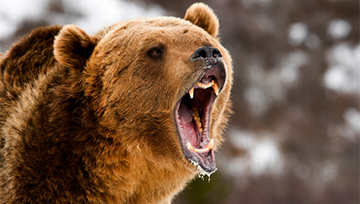 When we visited the DAX on Thursday and made note of the yet-to-be aggressive down-move which can develop as a result of a market breaking higher from a wedge formation but then failing, and subsequently taking out the bottom-side of the pattern. The idea is the fake-out to the upside catches the market leaning the wrong way. At the time of that writing, the DAX was positive in the early part of the session, but then proceeded to have its worst session since last summer. It took a few days to develop, but sellers finally showed up.

The Thursday/Friday move put the DAX through the first zone of support in the 12537/486 vicinity, which now makes this once-viewed support an area of resistance. The early-week bounce put it to test, with yesterday’s high coming right at 12486. Stay below this zone and a push towards the French election gap starting at 12289 is viewed as the most likely scenario. It will only require a small lower-low from the Friday low to do so. A firm push into the gap will have the market on its heels as the likelihood increases significantly that we see a gap-fill down to 12048. The next level of support below the gap comes in at a swing-low just prior to the gap comes in at 19941.

The technical landscape is shaping up nicely for the election-gap to finally fill. From a tactical standpoint, those looking to play for a gap-fill are offered a solid risk/reward set-up at current levels. Resistance is close by, so stops can be placed just on the other side should the market break higher, while the target lies a good distance away.