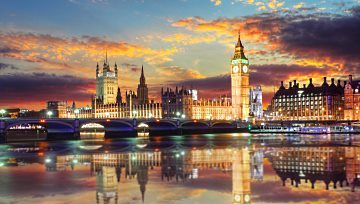 - The British Pound put in a stark reversal in the month of April, initially surging up to fresh post-Brexit highs on the basis of expectations around a rate hike at the Super Thursday rate decision on the docket for this week. But as the backdrop for higher rates deteriorated throughout the month, GBP/USD sold-off, and rate hike bets got kicked further-out into the future.

- GBP/USD has put in an aggressively bearish move down to a long-term support level of relevance. Bearish continuation could be a challenge given the lack of nearby points of resistance, while the door opens for bullish reversal scenarios in the pair.

It’s been a fairly active couple of months in the British Pound, and if we combine what’s become a rather pensive theme in the US Dollar, the dynamics in GBP/USD have been downright volatile. While GBP/USD came into the month of April clinging to the 2017 bullish trend, a series of events has helped to erase almost all of the pair’s 2018 gains, with prices now finding support at a familiar level around 1.3500.

The big driver on the bullish side of the British Pound this year has been the prospect of higher rates out of the BoE, largely in response to the aggressive inflation that had started to show last year. As inflation has started to slow, first evident in February and followed-thru in March, rate hike bets have gotten pushed further-out into the future. Going along with this move has been a reversal of that prior bullish trend, and now GBP/USD has run down to a familiar support area around 1.3500. 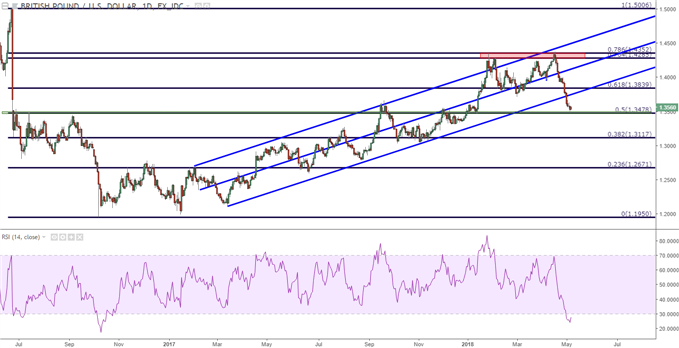 The psychological level of 1.3500 has a bit of historical significance with GBP/USD, as the low from the Financial Collapse was right around this level (the proximity of which is depending on the chart or price feed that you’re looking at). This level had also helped to provide a bit of swing-high resistance in the immediate aftermath of the referendum, not being traded at again for more than a year. This price was eventually broken through in September of last year, even providing a bit of swing-low support after the first few trading days of this year.

But the relevance of this level isn’t relegated to antiquated observations, as this is confluent with the 50% retracement of ‘Brexit move in the pair’, as that marker comes in at 1.3478. 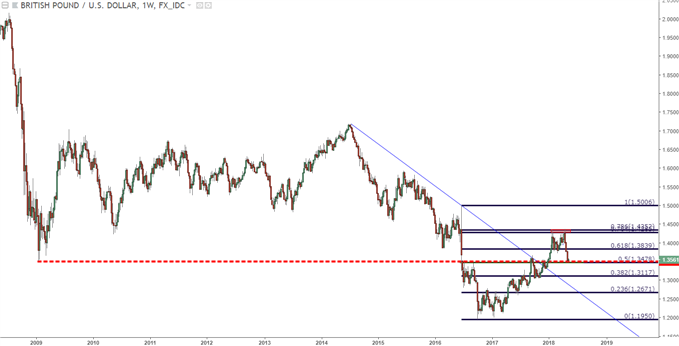 Given the veracity of the recent bearish move, short-side continuation could be a challenge here. Not only is the move oversold on the Daily chart, but RSI has been diverging on the four-hour as well, indicating that this bearish move may be a little long-in-the-tooth; with a retracement very much needed before bearish continuation might become attractive again. On the below chart, we look at a three different areas to look for lower-high resistance; the last of which is a zone that comprises 31 pips up to the Fibonacci level at 1.3839. 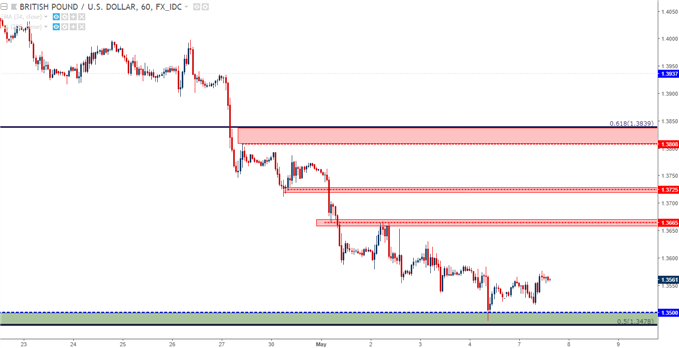 Until those areas of potential lower-high resistance come into play, the more attractive way of moving forward with GBP/USD could be the reversal setup. This would be looking for prices to move back after a very aggressive three-week bearish run, and each of the potential resistance levels looked at above can be used for bullish targets. If we do see a topside break back-above 1.3839, the door opens for additional strength; but this would likely need a hawkish push from the Bank of England at the rate decision later this week.

An analyst pick was just published on the bullish reversal setup, and this remains relevant until a print to fresh lows below the Fibonacci level at 1.3478.