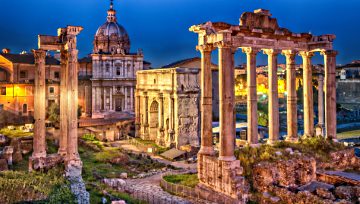 - EUR/JPY has finally put in a retracement after the run following French elections tallied +1,200 pips.

Over the past four months, the Euro has been in the midst of a jaw-dropping run. As growth an inflation have begun to show a bit more consistently in Europe, investors have started to try to front-run what feels like an inevitable stimulus exit from the European Central Bank. With a key rate decision on the calendar for the first week of September, optimism remains high that the ECB will make that first move away from stimulus in the near-future, and this has kept the Euro driving-higher against most major currencies.

In mid-April, EUR/JPY gapped-higher after the first round of French elections resolved with a rather market-friendly outcome, and the pair hasn’t really looked back. There is still un-filled gap from that move, but in the time since, EUR/JPY has rallied by more than 1,200 pips. Pullbacks in the bullish move have been scant: We discussed one such retracement in June as a bull flag had just given way; and more recently we’ve seen prices move-down to test a key support level at 128.52. This is a key level, as this is the 38.2% retracement of the ‘Abenomics’ move in EUR/JPY, and this had helped to set support in the pair throughout mid-July before buyers were able to push-up to a fresh yearly high in EUR/JPY. 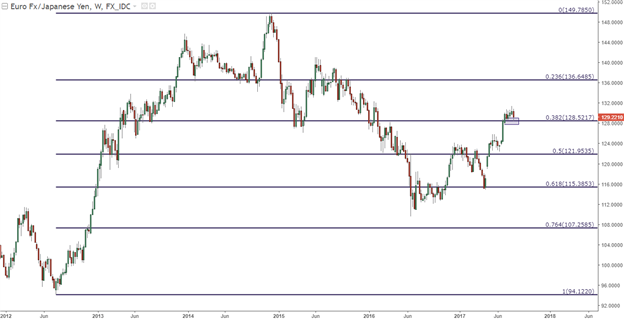 Over the past couple of days, we’ve started to see a retracement in the move as driven by a couple of factors. Risk aversion flared yesterday afternoon after comments from U.S. President, Donald Trump, spoke to the nuclear ambitions of North Korea. President Trump said that North Korea’s nuclear threats would be met with ‘fire fury, and frankly, power the likes of which the world has never seen’. This hastened risk-off moves in equities markets, and the Japanese Yen saw a run of strength that drove EUR/JPY below prior swing support.

At this stage, the pair remains bullish and supported; and this can open the door for top-side approaches. On the chart below, we’re looking at three support and resistance levels that can assist with trade planning around bullish continuation in EUR/JPY. 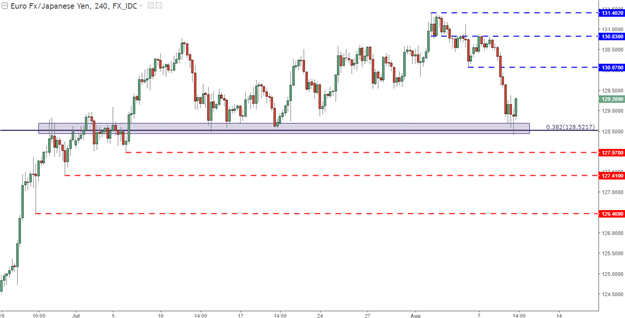