In the week to August 4th, USD selling remained the theme with speculators adding further bearish exposure as net shorts rose $4.6bln, totalling $28.8bln. However, as we have previously mentioned, the bearish US Dollar trade is a crowded bet, which faces the risk of a corrective move higher, particularly as the drop in US yields has stalled for now.

Once again, USD selling had come at the hands of another round of Euro buying as net longs picked up by $3.5bln. Although, while outright net longs are at a record high, on an open-interest adjusted basis, Euro bullish positioning is at the largest level since April 2018. Alongside this, while leveraged funds have now joined the Euro long party, we emphasise that the rejection from 1.19 may prove to be a short-term top in EUR/USD.

As we had noted in last week’s report, recent price action in the Pound had hinted at short-covering among speculators, which looks to have been confirmed after net shorts were slashed by $850mln to $1.2bln. Last week, the Bank of England had talked down the prospects of NIRP being introduced in the UK, which in turn saw a repricing in short-end rates and thus reducing a layer of uncertainty for the Pound. As such, the Pound may start to gain ground against the Euro, bringing EUR/GBP towards 0.89.

Across the safe-haven currencies, the Japanese Yen and Swiss Franc were in demand with investors seemingly staying more defensive. US-China tensions continue to grind higher with the US recently announcing sanctions on Chinese Officials as well as HK Chief Carrie Lam. Looking ahead, focus will be on the phase 1 trade deal compliance review scheduled for August 15th. 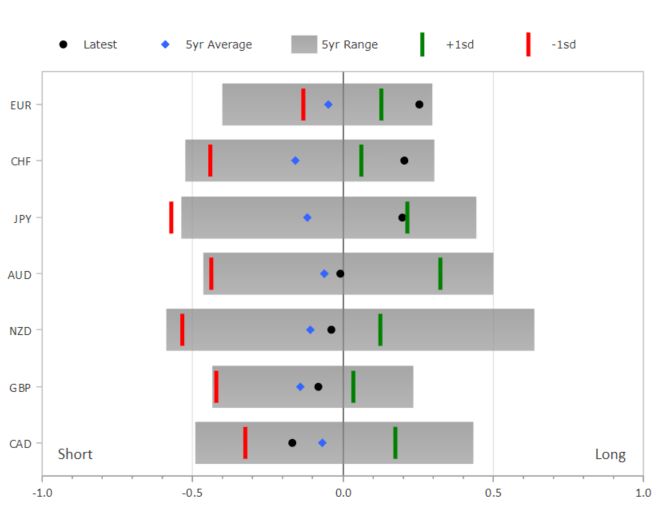 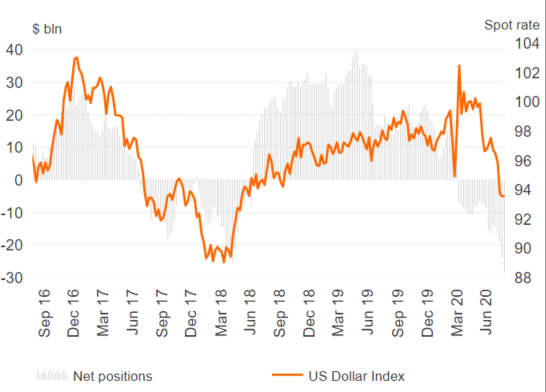 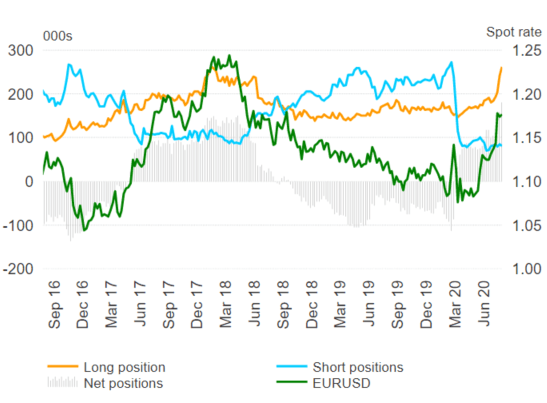 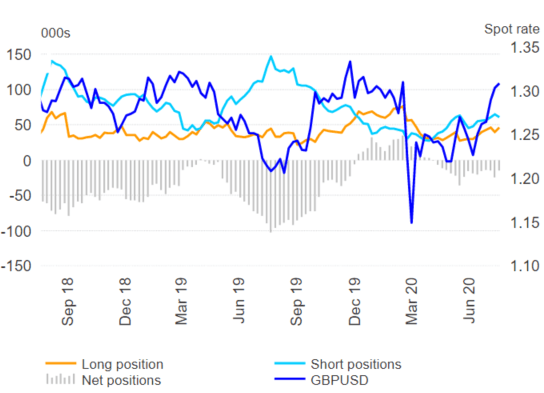 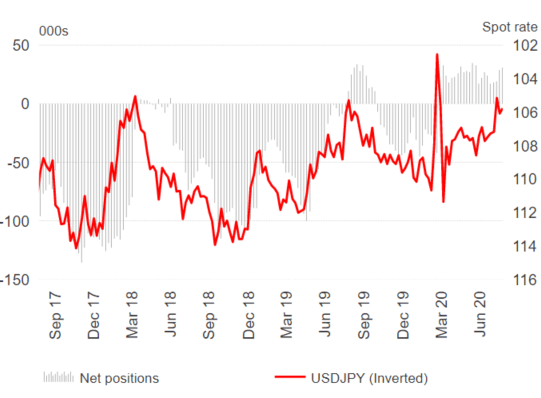 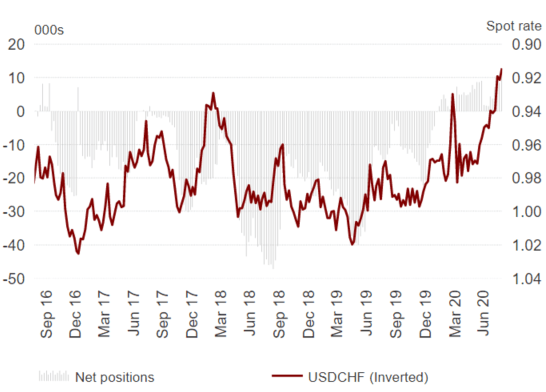 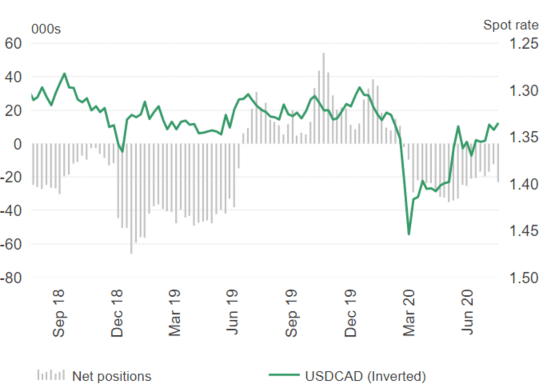 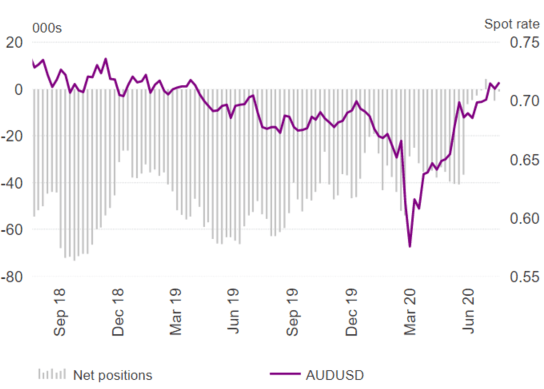 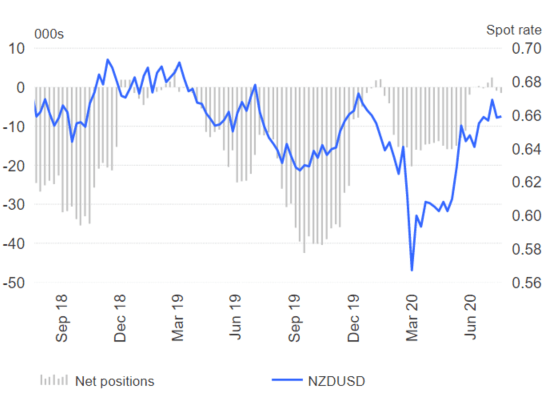