In the latest reporting week, speculators had increased their US Dollar shorts by an additional $5.2bln, taking overall bearish exposure to $24.2bln and thus nearing 2011 levels. This comes amid the US Dollar posting its biggest rout in over a decade, having dropped 4.4% in July. However, with short positioning reaching extreme levels, recent shorts may face the risk of a corrective move higher given that the short US Dollar trade is looking crowded. Alongside this, given that August is typically a more turbulent period for risk appetite, the US Dollar may begin to reverse course in the short term.

Much of the selling in the greenback had been largely attributed to the boost in Euro longs which saw a $5bln increase in bullish bets. As such, on an open interest adjusted basis, net longs are the highest since April 2018 with much of the renewed interest in the Euro stemming from asset managers. However, with COVID cases beginning to pick up in Europe amid flare-ups in Spain, the rejection from 1.19 in EUR/USD may prove to be a short-term top.

The Pound saw traders once again pile on short positions in the currency, although, in light of the recent surge in the Pound, price action looks as if fresh shorts had to cover. In turn, this explains the outsized move

in the currency relative to the Euro, despite fundamentals remaining particularly weak for the UK.

The Japanese Yen saw large inflows with bullish positioning rising some $1.1bln to $3.4bln as the precipitous decline in US yields dragged USD/JPY lower. That said, Friday’s verbal intervention from Japanese Officials suggest that concerns are rising over the recent JPY strength. Although, as high-frequency data highlight that the recovery path across the globe is beginning to stall, safe-haven flows should keep the Japanese Yen underpinned. 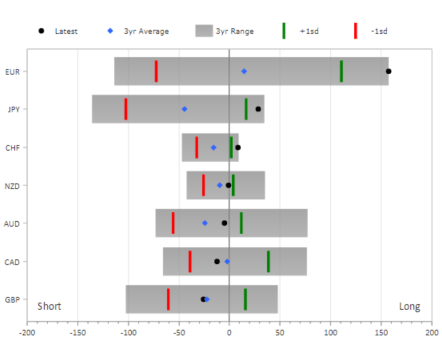 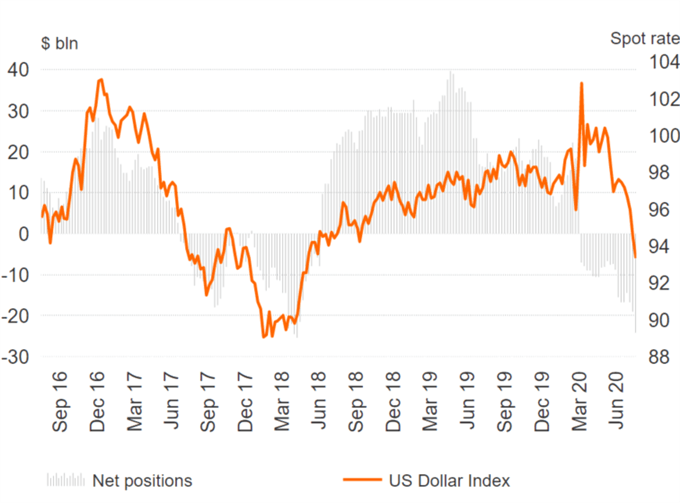 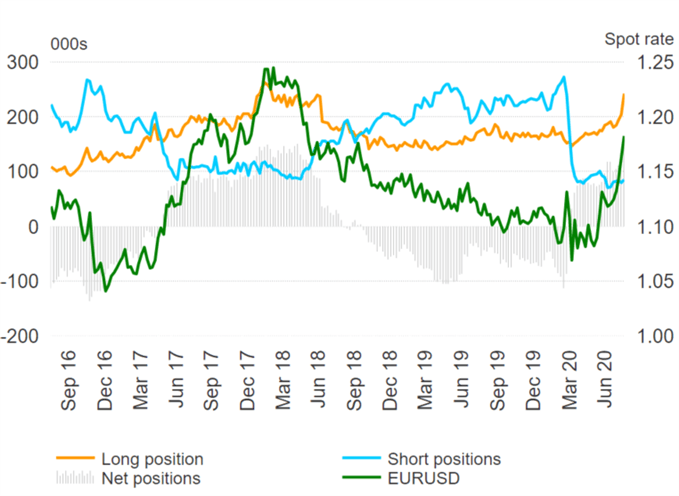 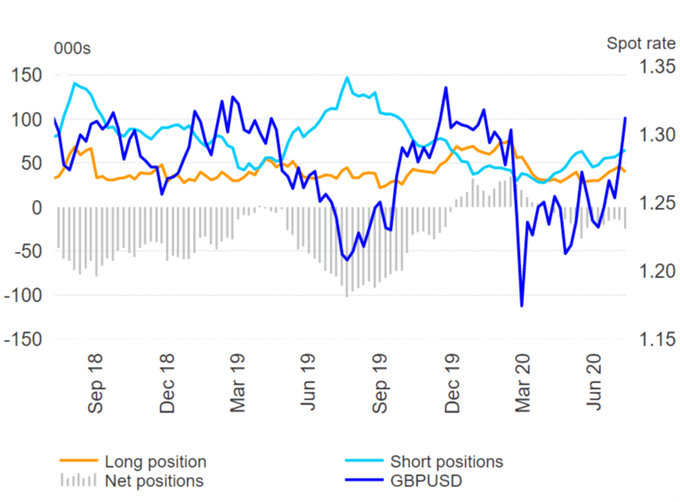 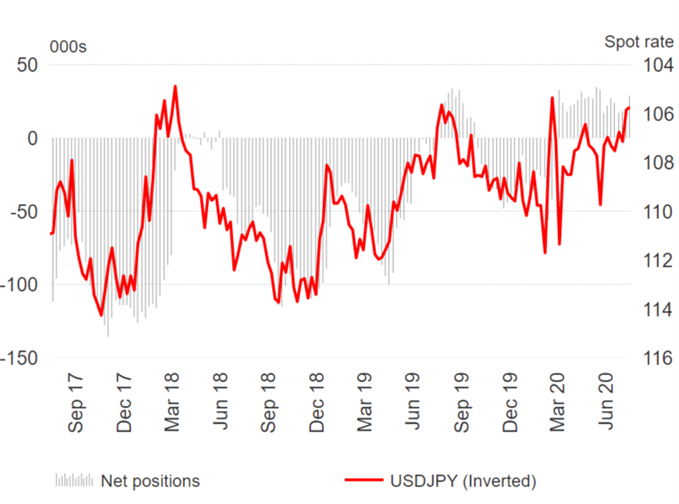 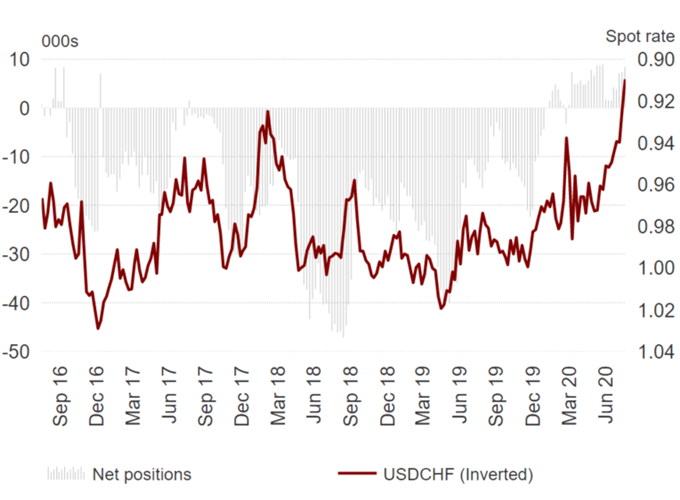 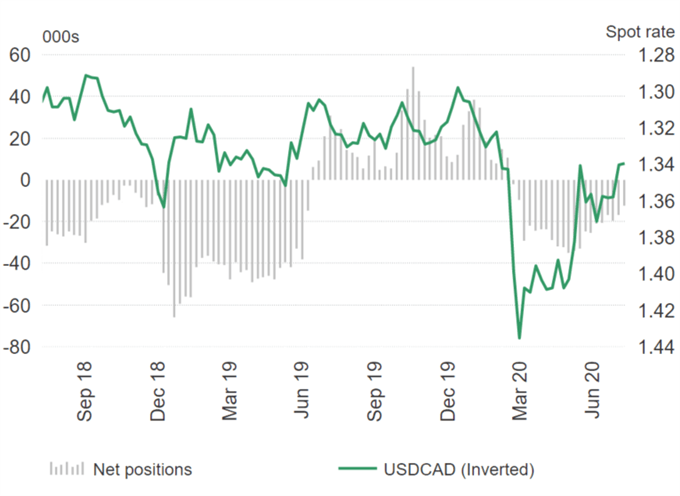 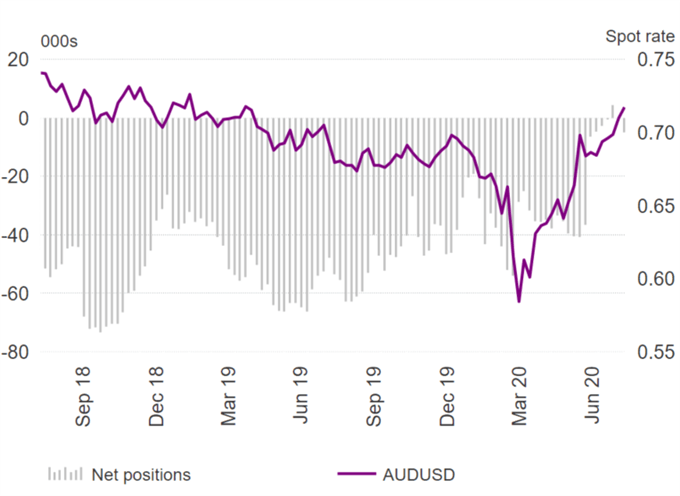 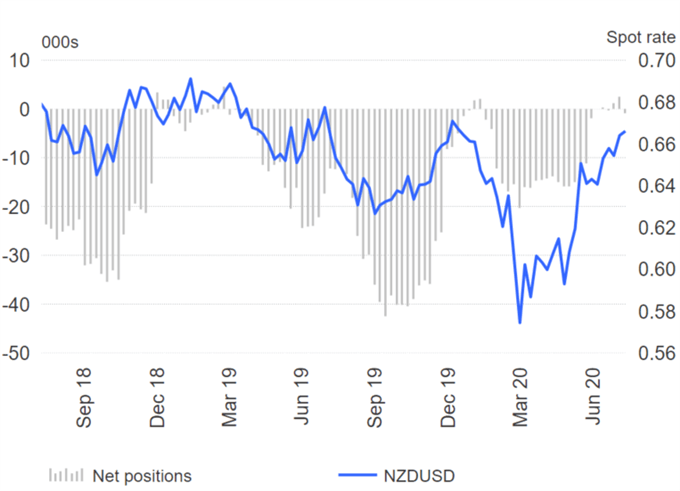