The most recent Commitment of Traders (CoT) report showed large speculators, in most instances, adding to net-positions which are already extreme relative to the past year. Seven of the 13 futures contracts highlighted below have position sizes which are in the top or bottom 10%. Last week we talked about GBP and gold, this week we’ll look at the euro and Oil. 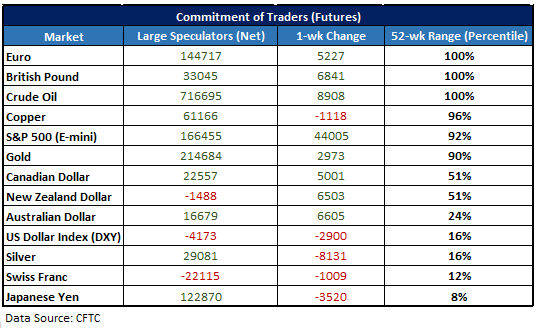 This past week’s report showed large trend-followers adding to their net-long for the 6th week out of the past eight. The net-change of 5227 brings the total long position to 144.7k contracts, another record.

While large speculators have a solid track record of successfully identifying intermediate to long-term trends in the euro, there is reason to believe they could be getting ahead of themselves. Turning to the monthly chart, the euro is at a trend-line extending down from 2008. Big resistance coupled with an extreme level of bullishness could keep EUR/USD from trading higher. 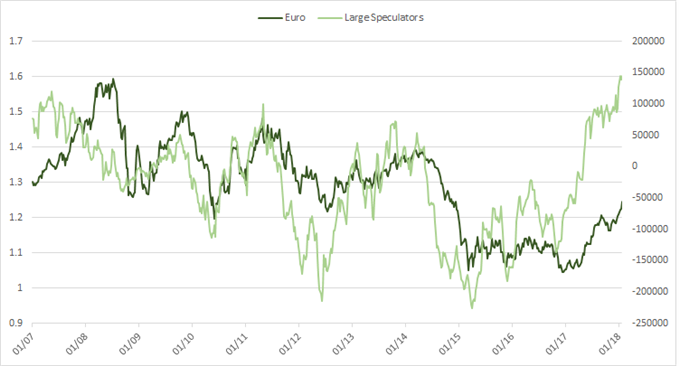 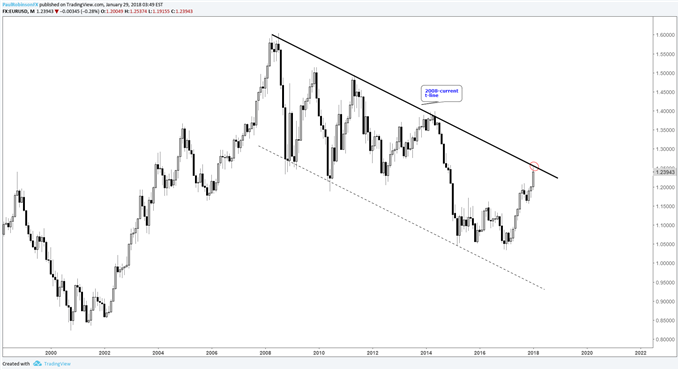 Large oil traders continue to add to their speculative long, adding another 8908 contacts to bring the total to +717k. Just as impressive as the rally has been, so has the addition to the total net-long positioning. Twelve out of the past 15 weeks we have seen an increase in long exposure, and while it is at a record extreme, it has clearly meant nothing in terms of indicating an overbought market.

We will continue run with price action first, positioning second. Should we see price action turn bearish (lower lows, lower highs), then an unwinding of longs will be seen as an accelerant to a trend reversal. But until that happens, as they say, “the trend is your friend.” There is resistance in the vicinity of 67-71, created during late-2009 through most of 2010; worth keeping an eye on as oil heads into this zone. 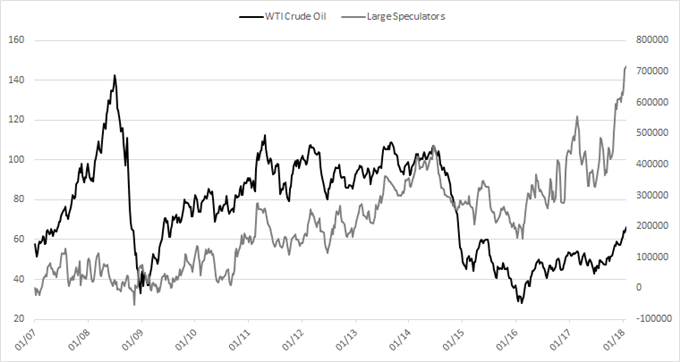 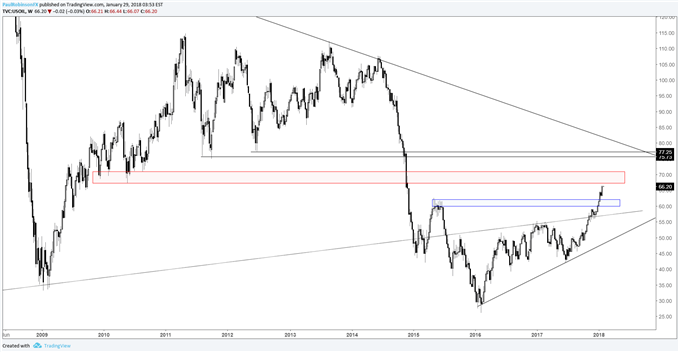 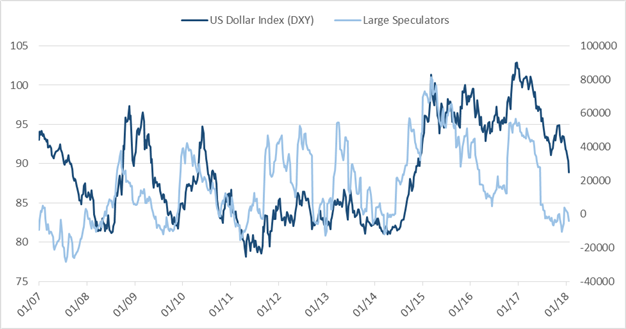 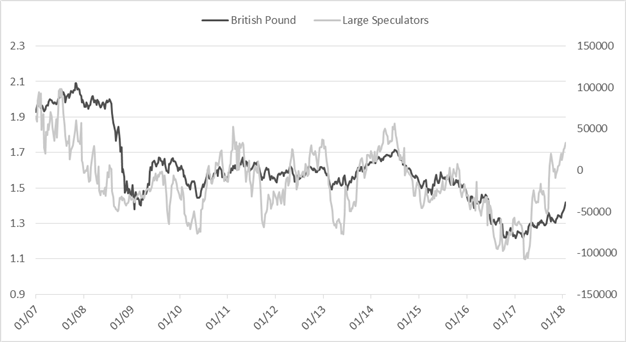 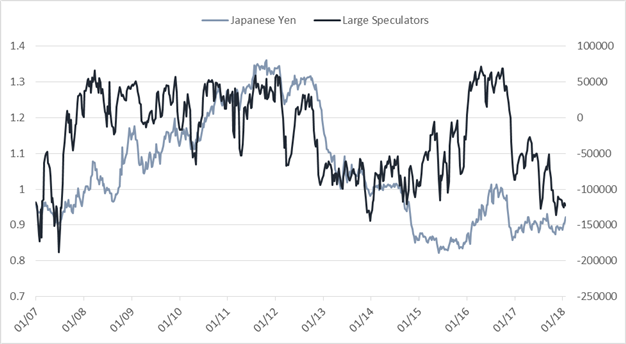 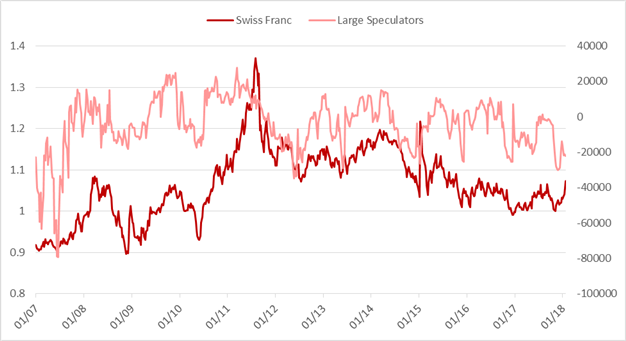 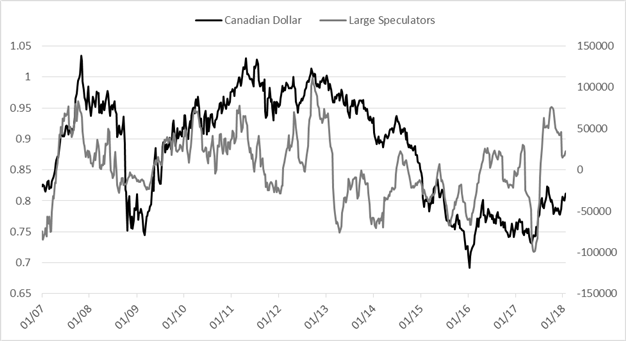 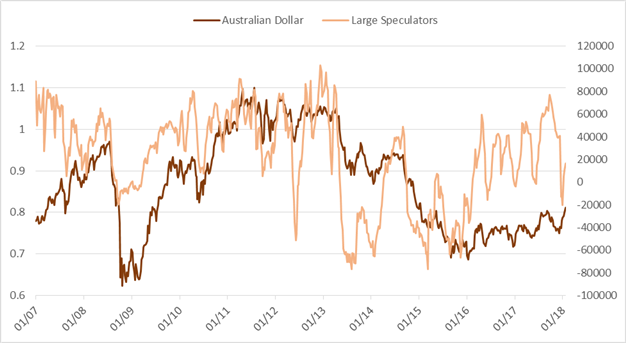 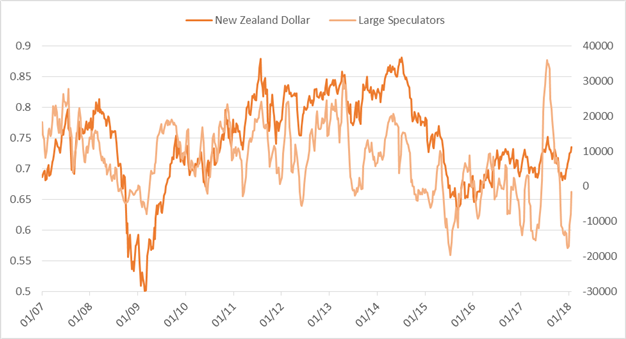 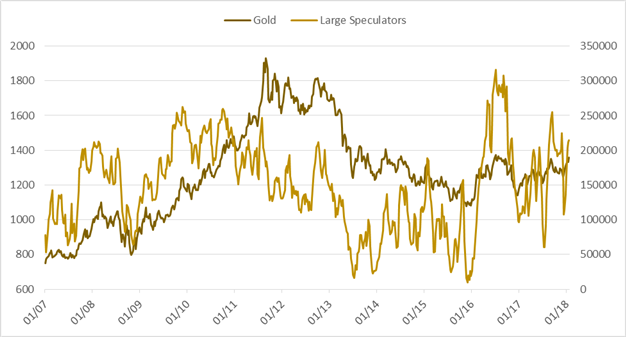 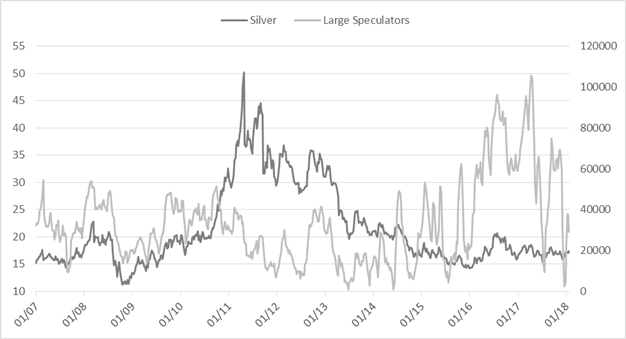 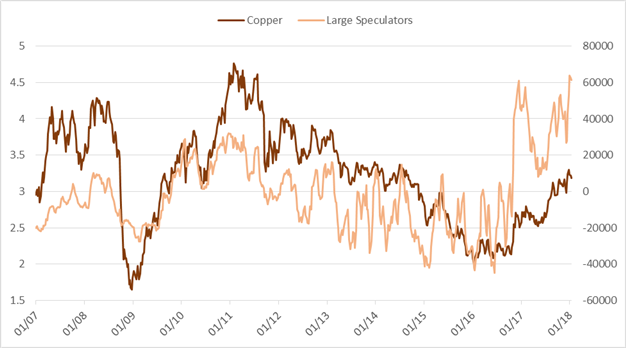 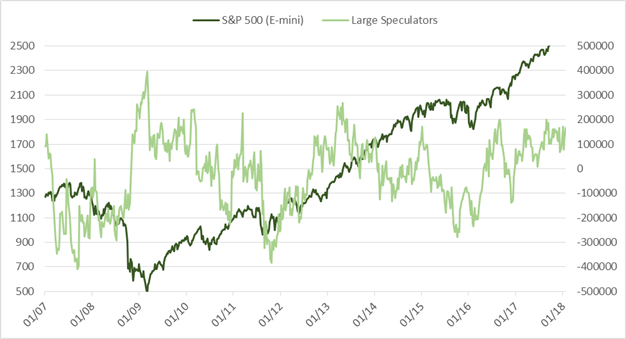 Whether you are a new or experienced trader, we have several resources available to help you; indicator for tracking trader sentiment, quarterly trading forecasts, analytical and educational webinars held daily, trading guides to help improve performance, and a guide specifically for those who are new to forex.