Every Friday the CFTC releases the Commitment of Traders (COT) report, which shows traders’ positioning in the futures market as it stands for the week ending on Tuesday. In the table below, we’ve outlined important data points pertaining to the net positioning of large speculators (i.e. hedge funds, CTAs, etc.). The net size, one-week change, and where the position size stands relative to the 52-week range. 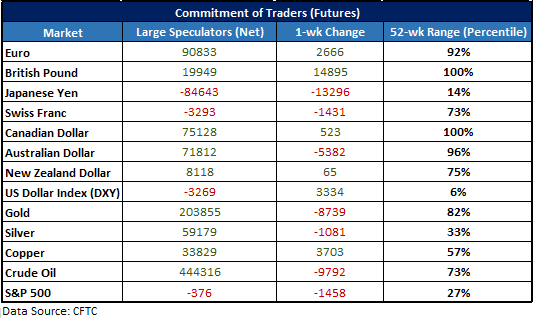 Euro: The position profile among large speculators remains a headwind for the single-currency. At nearly 91k contracts, the net-long position among the trend-following crowd is towards the upper-end in size over the past few months, also rivaling the largest bullish bets seen throughout the history of the euro. While this group of traders has a strong track record of correctly identifying macro-trends in the euro contract, extremes have warned of turning points in the past. The current profile might not imply a major reversal in trend, but when coupled with the intermediate-term technical landscape it does suggest there could be problems moving forward until we see an alleviation of overly bullish sentiment and a more meaningful price correction than what we’ve seen during the past month. 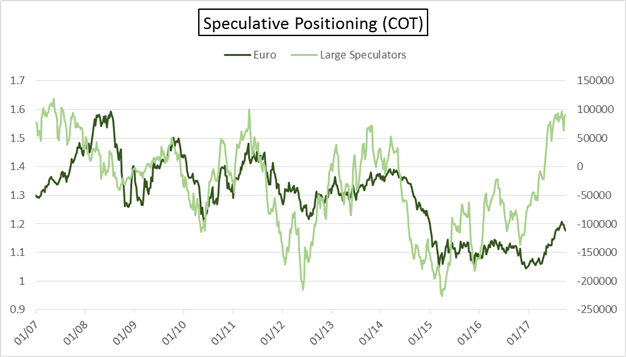 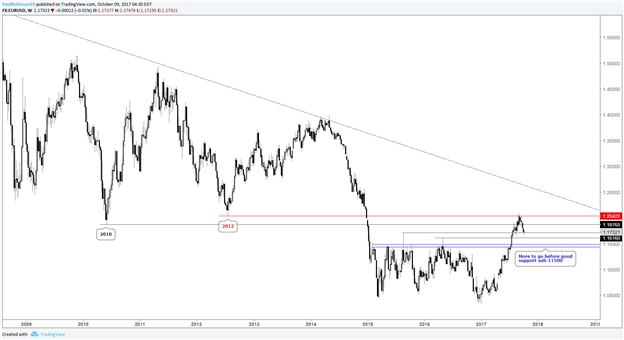 Crude oil: For most of the year large spec traders have held a sizable net-long position (reaching a record in February). This doesn’t leave a lot of ammunition left to push oil higher, and thus appears to at least keep the outlook neutral, if not at some point provide fuel for a material move lower should the bearish technical scenario we discussed at the end of last month come to fruition. (See this piece for more – “Big-picture Technical Analysis for USD, Euro, Gold, Oil & S&P 500”) 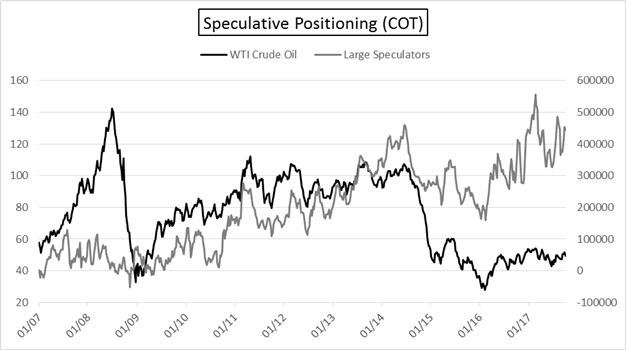 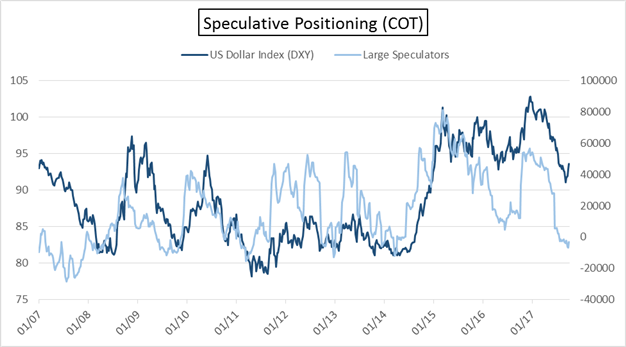 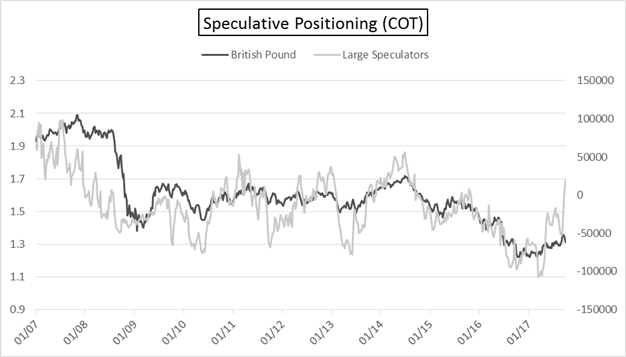 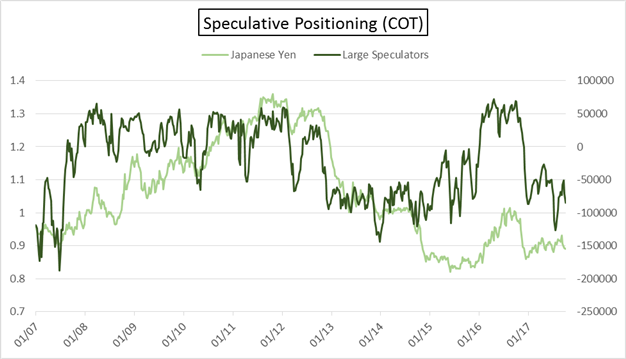 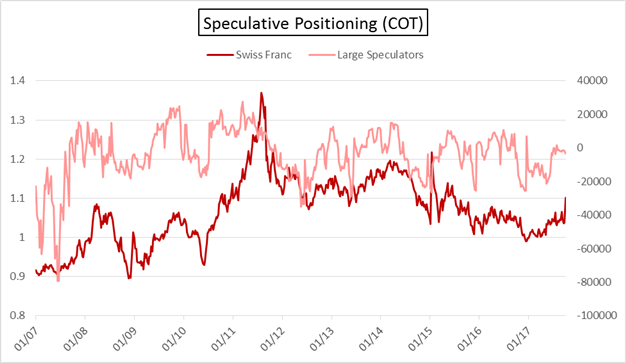 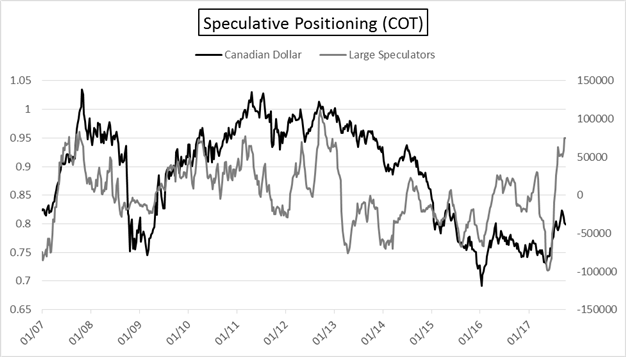 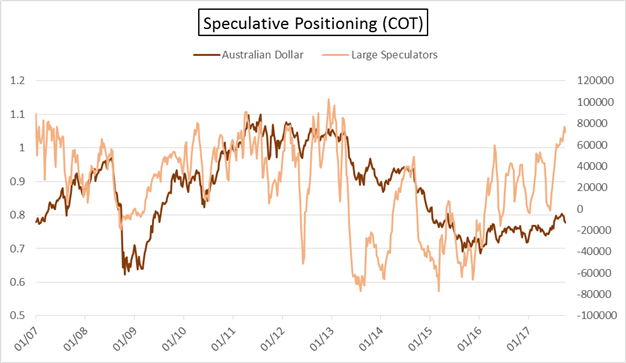 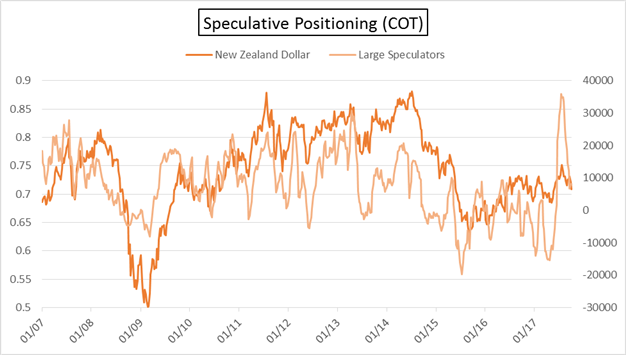 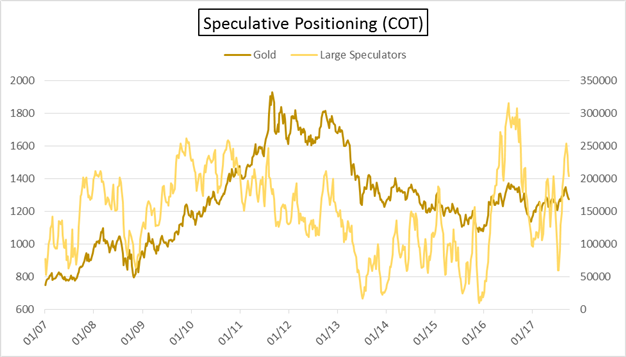 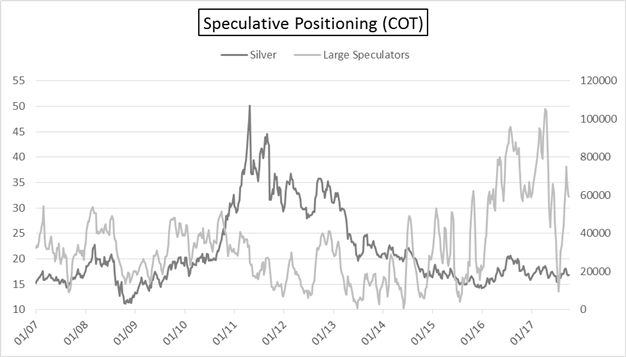 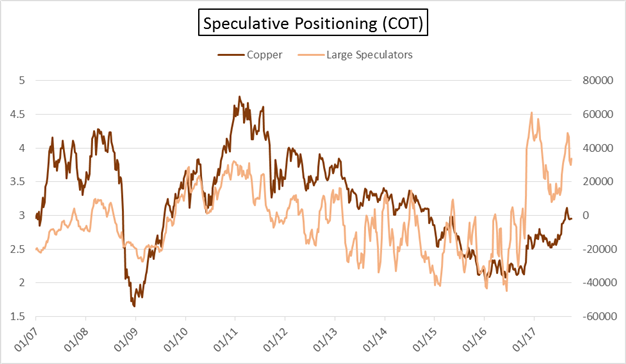 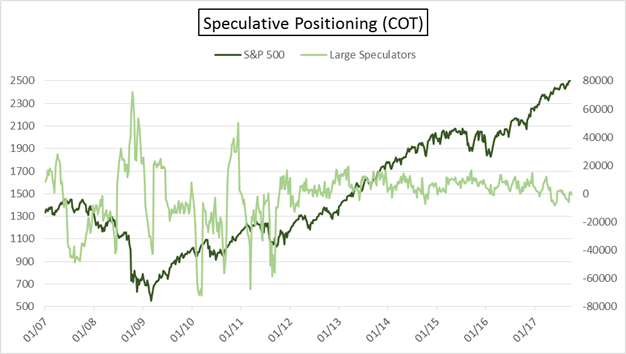